AFTER a delay of more than a year, Slovakia has revised its energy legislation, adopting the third energy liberalisation package prescribed by the European Union. The package should enable EU members to strengthen competition in the electricity and gas markets, enhance protection of consumers’ rights and strengthen the power and independence of regulatory bodies. Slovakia was supposed to have adopted the third energy package at the end of March of last year. The revision to the law on energy and a brand new law on regulation in network industries finally became effective as of September 1. 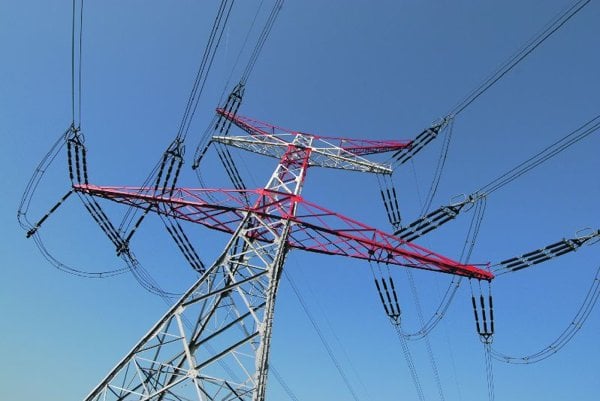 AFTER a delay of more than a year, Slovakia has revised its energy legislation, adopting the third energy liberalisation package prescribed by the European Union. The package should enable EU members to strengthen competition in the electricity and gas markets, enhance protection of consumers’ rights and strengthen the power and independence of regulatory bodies. Slovakia was supposed to have adopted the third energy package at the end of March of last year. The revision to the law on energy and a brand new law on regulation in network industries finally became effective as of September 1.

“The right of consumers to electricity and natural gas with emphasis on the protection of vulnerable consumers is being strengthened significantly,” explained the Economy Ministry as quoted by the SITA newswire. By virtue of the act, consumers will have an easier time switching from one energy provider to another. The new legislation also introduces every citizen’s right to receive electricity and gas at appropriate, transparent, comparable and non-discriminatory energy prices.

Based on the new legislation energy consumers are able to switch their supplier of electricity or natural gas within three weeks and without fees. They also have the right to withdraw from a contract during a so-called period for reconsideration lasting 14 working days from the signing of the contract.

The new legislation also introduces a new definition of “vulnerable consumer” of energy, for whom energy prices are regulated. The Economy Ministry has extended the group of vulnerable energy consumers, previously consisting only of households, to include small businesses. The ministry argued that the directives of the European Commission leave it up to member countries to specify who is considered a vulnerable consumer. The Slovak legislation defines small businesses as firms with an annual electricity consumption of 30,000 kWh or with an annual natural gas consumption of up to 100,000 kWh. Small businesses will begin purchasing gas and electricity at regulated prices starting January 1, 2013.

According to the Regulatory Office for Network Industries (ÚRSO), special protection for this category of consumers was written into the law on regulation in order to secure price stability and prompted by the unpredictable situation on the gas and electricity markets.

Energy companies are criticising the reintroduction of price regulation for small businesses, claiming it is a non-systematic solution, and arguing that competition is the best price regulation.

“This is undoubtedly a step in the wrong direction,” Peter Bednár, spokesperson of the natural gas utility SPP, told The Slovak Spectator. “Gas supply for this sector was regulated until 2005 and nowadays it is obvious that cancellation of regulation opened opportunities to offer clients various price products tailored to individual needs. Competition on the gas supply market keeps intensifying.”

According to Bednár, the Slovak gas market is open in all sectors, including the regulated sector of households, and that the number of suppliers continues to grow. Last year there were 19 companies on the natural gas market. SPP’s current aggregate market share is about 70 percent.

“Thus it is difficult to understand why regulation is [being] reintroduced in a sector characterised by developed competition,” said Bednár, adding that SPP believes that the original reasons behind price regulation are no longer relevant as the market is open and competition is increasing in all market sectors.

SPP believes that extending the scope of price regulation goes against the basic goal of the EU’s third energy package because it actually binds and limits both the market and competition. The company also points out that regulation is not a guarantee of fair and sustainable prices over the long-term.

“The only source of long-term sustainable and appropriate prices is working competition, which can also bring customers services of better quality as well as contribute to measures to increase energy security and effective usage of energy,” said Bednár.

In general SPP views the new legislation as lacking a complex perspective of how to solve regulation or open up the market to new players over the long term.

“The competition in this sector in Slovakia works and thus any interference in the market from the side of the regulator would lead to its deformation,” VSD spokesperson Andrea Danihelová told The Slovak Spectator. “Some small businesses, which used the deregulated environment to negotiate better prices, will pay for this change with a rise in prices to the detriment of those who did not make the effort.”

The Stredoslovenská Energetika (SSE), another electricity distributor, views the reintroduction of regulation as a backward step, from a market development perspective.

“For the currently dynamically changing environment this change is non-systematic and we can say that the development of activities for business in this sector will be influenced by the regulation framework instability already being amended in the first year of the set five-year regulation period,” Jana Bolibruchová, SSE spokesperson, told The Slovak Spectator.

SE Predaj, an alternative electricity supplier and an affiliate of power generator Slovenské Elektrárne, pointed out that it would be enough if the state reintroduced protection for selected consumers, for example elderly peoples’ homes, who really need it. Stanislav Reguli, the director of SE Predaj, told the Hospodárske Noviny daily that price caps would hinder competitiveness between suppliers and reduce consumers’ interest in switching suppliers.

The Slovak Association of Small Businesses welcomes the reintroduction of regulation. Vladimír Sirotka from the organisation told The Slovak Spectator that it may especially protect small and micro businesses from energy price increases. According to him, gas and electricity prices have increased by about 6 percent and 6-7 percent, respectively, over the last few years, while the price of electricity in Slovakia is the third highest within the EU.

“Even though existing as well as new suppliers offer various discounts, a small business with respect to its [energy] consumption does not have the same possibilities to win discounts for quantity as [does] a large company,” said Sirotka. “A certain monopoly position of these suppliers … does not enable small businesses to take an equivalent position. Thus it would be appropriate to launch a certain institution with the possibility of price regulation for this relatively vulnerable business sector.”

The new legislation also offers new energy unbundling alternatives and should safeguard higher independence of the regulatory office and its powers in the sphere of setting and controlling regulated prices.