A reminder of Slovakia’s dark past

"GO AND LIVE." Imagine the strength it would take for a parent to have to utter these words to his or her four-year-old child, knowing that they are about to part ways forever before setting out on a journey of no return. The father of Judith Mannheimer said these very words to her as he was boarding a train bound for Poland, the last transport of Jews dispatched from Slovakia to Auschwitz. Judith did obey him; she went and lived. And now, many decades later, she is here to tell her story. 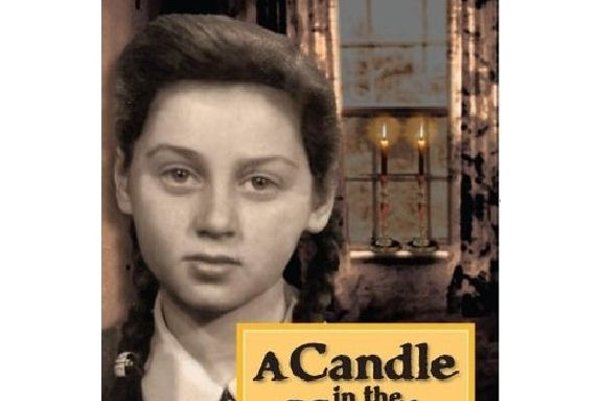 "GO AND LIVE." Imagine the strength it would take for a parent to have to utter these words to his or her four-year-old child, knowing that they are about to part ways forever before setting out on a journey of no return. The father of Judith Mannheimer said these very words to her as he was boarding a train bound for Poland, the last transport of Jews dispatched from Slovakia to Auschwitz. Judith did obey him; she went and lived. And now, many decades later, she is here to tell her story.

Judith Alter Kallman, born in Piešťany, a small spa town in what is now western Slovakia, into a respected Jewish family as the youngest of six children, is one of many orphans left behind by the horrible events of the Holocaust which swept through Europe in the 1940s. In her book, A Candle in the Heart, she tells the story of her life, from the very beginning through to the present day.

“It is impossible for me to look at the films and photographs of those events, for I can see and hear what was happening all too clearly,” the author writes in her book. “It happened to my family, as it happened to millions – the vast numbers are incomprehensible. Yet each one of those millions was a life, precious and unique.”

That is the message that the author wishes to share with the readers, children of the 21st century for whom the Holocaust is but a chapter in Europe’s history rather than a personal memory. Here is a reminder that once upon a time, not that far in the past, countless children were living through the same dreadful experience that Judith Mannheimer went through at a very early age. The author writes, “children need a reminder that children are not always protected, that everywhere in this world, at this very moment, there are vulnerable children and that it is our duty to reach out and protect them”.

The story develops against the backdrop of the major events of the Holocaust in central and eastern Europe, beginning in Czechoslovakia, then, when that country was split in two, Slovakia, and later moving to Hungary. Kallman uses adjectives like ‘beautiful’, ‘peaceful’, and ‘idyllic’, when describing the few pre-war years of her life in Piešťany, focusing on her family life and most of all on the Jewish traditions that her parents retained.

“Those peaceful and happy times are engraved in my memory.”

The break-up of Czechoslovakia, the start of the war, and the introduction of anti-Jewish laws put an abrupt end to the happy times and sent the Mannheimer family into hiding in nearby farmhouses and later had them constantly moving around Slovakia, sleeping in a different house every night to escape the Jew-hunters. When her parents and two siblings were deported to Auschwitz, Judith and her three other siblings, all of them still young children, found themselves on the run to escape death, helped by the Jewish underground movement.

“I have no memory of the people who took charge of us, moved us, hid us and cared for us, but by separating us they were able to keep the four of us alive,” the author writes in her book, stating repeatedly that she has no idea how it was all organised, a frequently expressed sentiment in her book, underscoring that the initial part of her story is that of a child unaware of the inner-workings of the underground movement that was crucial to her survival.

Judith Mannheimer’s story then takes the reader into wartime Hungary, where the vibrant Jewish community suffered less than in Slovakia until after it was invaded by Nazi German troops; the High Tatra mountains, where orphans were sent to regain their health after the war; on a train full of Jewish children sent to England for a better life; and finally Israel and the USA, both of which became home to Kallman in her adult years.

More importantly, however, A Candle in the Heart deals with life under the wartime Slovak state, a historical period that is not among the most discussed subjects in Slovak history textbooks, and which remains a blank page in the collective memory of the nation. Events throughout history as well as the present day show how dangerous such blank pages can be, as they can be filled with literally anything.

This book, however, does not offer any myths or accounts of contemporary politics disguised as big historical truths. It gets to the basics of what the Holocaust was, telling a family story through the eyes of a child – a child Holocaust survivor who lost her parents at the age of four and went through hell afterwards, but lived to tell her story now, over 70 years later.

As such, A Candle in the Heart is another piece of evidence, a personal account of the horrible events of the Holocaust. It is thanks to testimonies like Kallman’s that the word acquires its real meaning for us today, and that the face of the Holocaust in Slovakia is revealed in full light.

Perhaps Kallman’s story might make an impact on those who continue to overlook this nation’s complicity in the tragic wartime events – people betraying their neighbours and friends, the deportations of hundreds of thousands of people to Nazi concentration camps – and frame them only in terms of fulfilling the Slovak dream of national independence and the prosperity of ethnic Slovaks during the war.