AIR transport in Slovakia is not limited to the airports in Bratislava and Košice. There are several smaller, regional airports which can handle international services. And while they are currently unable to generate enough revenue to cover their costs, their operators say their value cannot be assessed exclusively from a financial point of view as some of the wider benefits they bring are not immediately apparent from their balance sheets. For instance, they can make the regions which they serve more attractive to foreign tourists as well as businesses. 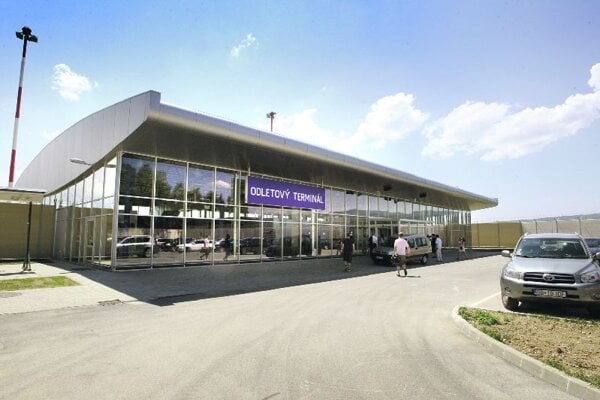 AIR transport in Slovakia is not limited to the airports in Bratislava and Košice. There are several smaller, regional airports which can handle international services. And while they are currently unable to generate enough revenue to cover their costs, their operators say their value cannot be assessed exclusively from a financial point of view as some of the wider benefits they bring are not immediately apparent from their balance sheets. For instance, they can make the regions which they serve more attractive to foreign tourists as well as businesses.

Slovakia, along with other European countries, is looking for a working model to operate and finance its regional airports. The last government proposed that regional governments and municipalities become major shareholders in the airports in their areas. Now the Ministry of Transport, Construction and Regional Development has commissioned the Transport Research Institute to elaborate a plan for the effective operation of small international airports by January 31, 2013.

“Small international airports are important for the regions and thus the regions should also own them,” Transport Ministry spokesperson Martin Kóňa told The Slovak Spectator. “On the other hand, it may be useless to hand airports over to regional governments before their financing is resolved.”

According to Kóňa, from the viewpoint of further operation of small regional airports the question of who owns and manages them is not the most important. Instead, what counts is whether an airport is able to attract a certain volume of air traffic – either in terms of passengers or cargo. This is the most urgent problem, which the four main regional airports need to address, said Kóňa.

Apart from the airports in Bratislava and Košice, Slovakia has six small international airports, among them the four referred to by Kóňa: Poprad, Žilina, Sliač (near Banská Bystrica) and Piešťany. Their future prospects and operating conditions differ with respect to their ownership structure and the locations in which they operate. But all of them say they are important for regional development either in terms of tourism or business.

“Airports represent an above-standard element of transport infrastructure for each region,” Remo Cicutto, chairman of the supervisory board of Letisko Piešťany (Piešťany Airport), told The Slovak Spectator, adding that in some situations their existence may decide the arrival of new investments in a region, or make it more attractive for tourists. The ownership of Piešťany Airport is divided between the Transport Ministry (22.14 percent), Trnava Self-Governing Region (56.37 percent) and the spa city of Piešťany (21.49 percent).

Ján Stehlík, a member of the board of directors of Letisková Spoločnosť Žilina (in which the Transport Ministry holds a 99.53-percent stake, with the rest in the hands of the Žilina Self-Governing Region), which operates Žilina Airport, points out that regional airports serve as gates for the arrival of lucrative foreign travellers. But revenues resulting from their business activities, investments, taxes paid and spending do not appear in the columns of regional airports’ financial statements and thus the airports need additional funding to cover their operation.

“This is not true only in Slovakia,” Stehlík told The Slovak Spectator, adding that statistics suggest that only about 40 percent of Europe’s approximately 660 airports are able to cover their operating costs from their revenues. The remaining 60-odd percent of airports are doomed to seek co-financing from other, mostly public, funds.

Cicutto added that they are mostly supported by governments and local administrations which have already found that financial support for airports is returned in a different form, including higher visitor rates and greater attractiveness for investors. However, according to Cicutto such a philosophy is lacking in Slovakia. Moreover, in countries which follow this philosophy, for example Austria, the tax system is also arranged differently.

The High Tatras region realises the importance of its regional airport, Letisko Poprad-Tatry (Poprad-Tatry Airport). The Transport Ministry owns 97.61 percent of the airport, while the city of Poprad holds 1.67 percent and the town of Vysoké Tatry 0.72 percent. The airport is one of the founding members of Región Vysoké Tatry, the destination management organisation for the High Tatras.

Currently, the airport operates scheduled flights to Warsaw and Gdańsk. In December it will open a new line, to Poznań.

Maťašovská believes that since regional governments and municipalities do not have enough funds the state should financially support regional airports.

The challenges of small airports

The biggest challenge for small international airports, compared to larger ones, is the gap between their operating costs, including spending on safety and security, and the revenues they are able to generate via their operations.

“Basically it can be said that the duties which a large international airport and a small regional airport must meet in terms of safety and security are completely identical regardless of the volume and structure of [their] air traffic,” said Cicutto.

In this respect Kóňa added that it is necessary to look at regional airports not only through the prism of their accounts, stressing that when their existence brings more tourists and business travellers into a region and thus generates revenues, for example in tourism, then it is worth keeping them afloat.

Stehlík added that small airports endeavour to attract airlines in order to operate scheduled routes in particular, in order to boost their revenues. But nowadays this is a difficult task because of external factors which airports are not able to affect.

He further points to the importance of airlines, which he sees as actually being more important for passengers than the airports themselves.

“It is not the airport but the air carrier which decides about operating an air route,” said Stehlík. “This fact is surprisingly unknown among the general public and airports face criticism about their lack of flights.”

According to Stehlík, the carrier decides to fly only where there is sufficient prospect of travellers. But this lies in the attractiveness of the region – for tourism or business.

“The airport is only one link in the chain of activities and services which, in the end, will bring an economic effect,” said Stehlík. “Many countries or regions, apart from supporting airports, also support carriers financially.”

The airport in Sliač, Letisko Sliač, of which the Transport Ministry is the 100-percent owner, enjoys a more favourable position than other regional airports as it also serves as a military airbase. This means that the Defence Ministry covers much of its operating costs, Milan Ligoš, the head of commerce and marketing at the airport, told The Slovak Spectator.

He added that Sliač also has an advantageous geographical position, with opportunities for winter tourism, summer tourism as well as spa tourism, and hence year-round appeal.

The airport in Sliač does not see the proposal to make regional governments and municipalities major stakeholders in the airport as being feasible, as this model failed in the past because of a lack of money. But according to Ligoš, there is an option to transfer a stake in the airport to the private sector.

“Such a model works abroad,” Ligoš told The Slovak Spectator. “I think that this is a way forward. The airport is a commercial provider of services. If the state and local government bodies do not have money for this, it is necessary to look at the matter rationally and pragmatically.”