Exploring the limits of dance

THE BRATISLAVA v pohybe / Bratislava in Movement festival of contemporary dance was split into two parts this year; the second half, in September, focused more on dance students and the dance community, while also featuring – unlike the bigger, more renowned ensembles with sophisticated techniques that performed in the earlier, June half – purer, more intimate forms of modern dance. 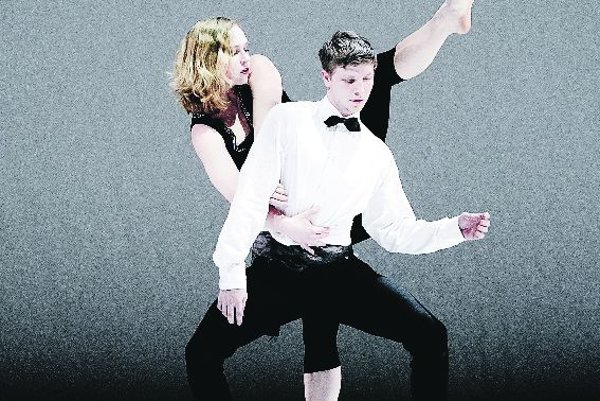 THE BRATISLAVA v pohybe / Bratislava in Movement festival of contemporary dance was split into two parts this year; the second half, in September, focused more on dance students and the dance community, while also featuring – unlike the bigger, more renowned ensembles with sophisticated techniques that performed in the earlier, June half – purer, more intimate forms of modern dance.

The festival started on September 23 and culminated on September 29 and 30 with two shows, Inbetween and Skin, which included students of the Conservatory of Vienna University (Konservatorium Wien Universität, KWU) and students of the Music and Dance Faculty of the University of Performing Arts, respectively. While Inbetween consisted of five shorter parts, two of them choreographed by lecturers at the KWU, the somewhat longer Skin was choreographed by Italian choreographer Davide Sportelli. He led a workshop primarily for dance students, but which could also have been attended by instructors or other dance enthusiasts.

Another workshop, led by Japanese-Canadian dancer, choreographer and trainer Mariko Tanabe, focused on the Body-Mind Centering (BMC) method and its use for dancers. BMC is an integrated and embodied approach to movement, the body and consciousness, as defined by www.bodymindcentering.com.

Developed by Bonnie Bainbridge Cohen, it is an experiential study based on the embodiment and application of anatomical, physiological, psychophysical and developmental principles, using movement, touch, voice and mind.

“I really offer something for the dancers to help them with their creativity, technique, and understanding of themselves and their body,” Tanabe told The Slovak Spectator. Asked by TSS whether the results of the BMC workshop were short-term or more far reaching, she answered: “Both. We had three hours a day for five days, and quite an interesting mixture of students, as well as a dance therapist and master-course students and some teachers from the Bratislava University of Performing Arts. I am interested to give these dancers what I think are central tools to support themselves, their well-being in every way, to understand how their body works and how it affects them, so that they can be creative and also expressive – technically and artistically.”

In the workshop, the BMC work was integrated with aspects of the Erick Hawkins Technique. (Tanabe worked closely with Hawkins for twelve years.) Based on the nature of human movement and anatomical principles, the resulting technique creates effortless free-flow movements, eliminating strain.

“During the lessons, we took time to pose questions, to explore, and later to talk, because each person’s experience is to be valued, and it teaches something to all of us. In the end they all shared what they felt they had got in the workshop, and many said they started to soften, to feel inside their bodies, and that it is not a waste of time to take time for themselves and feel, and learn that there are many other ways of dance besides just Go!, Go!, Go… And also to be aware of their bodies and take that moment right before moving.”

After Tanabe “prepared” and “warmed up” the students with BMC, Sportelli rehearsed Skin, which 16 of them then performed on the last weekend of the Bratislava in Movement festival. Students of the University of Performing Arts attempted to explore and express “skin”, the tender border between ourselves and the outer world, investigating the tension between the individual and the collective, intimacy and exuberance, moderation and extravagance.

“The Vienna Conservatory students were more inter- national,” Tanabe said about those taking part in her workshop, “and I cannot confirm they were, but to me they seemed older when compared to the Bratislava Academy students. And they brought a kind of stimulation to the group – which was really nice.”

Apart from the performances on September 29 and 30, other dance shows included Mah Hunt (by Czech DOT504 troupe) and Manson (by DOT504 and Teatr Novogo Fronta, CZ/RU), and two “domestic”

productions, Jalbko / Apple by the dance troupe of the theatre that hosted the festival’s second part – elledanse – and Hexen by the Debris company. While the first part focused more on established choreographers and productions, often using sophisticated, multi-media techniques, the second part was more body-centred, offering “pure” contemporary dance - less pompous and complex, and more intimate. For those who saw both parts, the festival offered a taste of where the current development of modern dance is headed, as well as what is taught and what is created in this sphere.