A TWO-MINUTE long, varied tone on the siren sounded throughout the site of the V2 nuclear power station in Jaslovské Bohunice on the morning of October 17. Such an alarm would normally signal a radiation danger alert, but fortunately this was only a simulation, part of a two-day nationwide safety exercise called Havran (Raven) 2012. 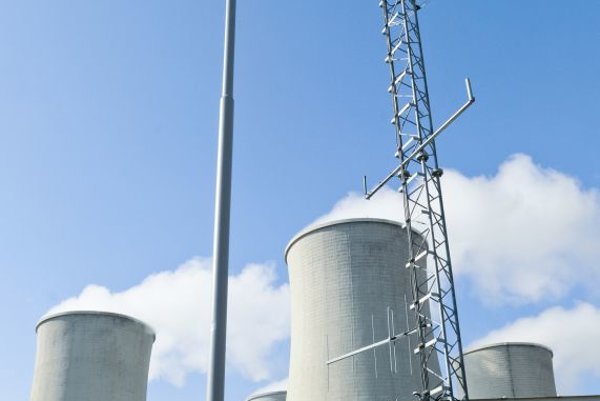 A TWO-MINUTE long, varied tone on the siren sounded throughout the site of the V2 nuclear power station in Jaslovské Bohunice on the morning of October 17. Such an alarm would normally signal a radiation danger alert, but fortunately this was only a simulation, part of a two-day nationwide safety exercise called Havran (Raven) 2012.

The safety drill tested the preparedness of Slovenské Elektrárne, the power producer and operator of Jaslovské Bohunice, plus state and local bodies, and the integrated rescue systems that exist for such an emergency situation. Those involved in the exercise said that it was successful, although some shortcomings emerged.

“Of course, some mistakes occurred,” Jozef Buček, state secretary at the Interior Ministry, said after the exercise, as quoted by the SITA newswire, adding that he did not want to be too quick in his evaluation. “We want to analyse [the exercise] and say where we made mistakes, because this is the reason why we do such large exercises.”

Havran is the first exercise on such a large scale in the history of independent Slovakia, and was prompted in part by last year’s nuclear accident at Fukushima in Japan. The last time a similar exercise took place was in the 1990s. Buček told the TASR newswire that Slovakia is the first EU member country ever to have held such an extensive exercise. Its importance was highlighted by the presence of observers from Slovakia’s five neighbouring countries: Ukraine, Poland, Hungary, Austria and the Czech Republic. One of Slovakia’s responsibilities was to pass information about the event to those neighbours, plus states with which Slovakia has bilateral agreements, the International Atomic Energy Agency and the European Commission. The observers, according to Buček, assessed the course of the exercise positively.

“I have to say that the Austrian observer expressed great satisfaction; that our nuclear power station is very safe,” Buček said, as quoted by SITA.

The exact scenario of the exercise, which was carried out under the supervision of the Interior Ministry, was not revealed beforehand, although journalists were briefed earlier in the week that there would be a drill. According to the simulation scenario, an earthquake on the morning of October 17 led to a radiation leak at the V2 nuclear power plant.

As a consequence, the Slovak cabinet interrupted its regular session and the central crisis staff met. This was followed by a session of the crisis staff at the Interior Ministry and subsequent coordination and flow of information about the steps to be followed were gradually tested.

The second day of the drill focused on practical activities like decontamination and evacuation of citizens from affected municipalities. Hundreds of citizens, mostly pensioners and pupils, from Trnava and Nitra Regions joined the drill.

People from the villages of Dubovany, Kátlovce, Trakovce and others, after packing any regular medication, their identification cards and something to drink and eat, boarded buses which then transported them, along prescribed evacuation routes, to control and decontamination centres and afterwards into emergency accommodation facilities. In Trakovce, two classes from the local elementary schools were evacuated as part of the drill.

The area around the nuclear power station was divided into two basic zones.

“The first one was a circle with a radius of five kilometres," said Marta Žiaková, the chairwoman of the Nuclear Regulatory Authority (ÚJD), adding that this area gets immediate priority. The second zone had a radius of 21 kilometres, where there were expected to be consequences in the event of a serious emergency event.

During the exercise, firefighters practised extinguishing a fire at a transformer station.

Alexander Nejedlý, the president of the Firefighter and Emergency Unit, said that firefighters are prepared for a potential emergency event, but a planned exercise in Ukraine, close to Chernobyl, should improve their abilities and skills further.

In total, about 1,100 employees of the nuclear power plant and sub-contracting companies and about 1,500 people from other organisations participated in the drill.

The main purpose of the exercise was to assess the response and cooperation of crisis staff at all levels, and at selected ministries and local and national administrations, relevant institutions, emergency and rescue units, the integrated rescue system and Slovenské Elektrárne. The primary objective of the exercise was to test the information flow outwards from the nuclear power station.

While nuclear power stations in Slovakia undergo drills on a regular basis, this one differed in terms of the degree of involvement of bodies and organisations at both the state and local level.
A final report on the exercise will be submitted by Interior Minister Robert Kaliňák to the Slovak cabinet by the end of this year.

Havran was the first time that a new emergency centre, opened on the premises of the V2 nuclear power plant at the beginning of 2012, was put to the test in a large-scale exercise.

Slovenské Elektrárne built the new centre after the old V1 nuclear power plant, whose two blocks were phased out in 2006 and 2008, was handed over to JAVYS (Slovakia’s Nuclear and Decommissioning Company), Milan Molnár, director of the nuclear power station in Jaslovské Bohunice, said at a press conference on October 15.

The new centre is equipped to house a 50-member emergency team for five days without the need for delivery of any external supplies. The centre is stocked with water and food, as well as air conditioning and air and water filtration on the premises, and has a supply of electricity that is backed up by two alternative sources. There is also an internet connection, telephone lines and mobile phone reception.