UP TO 90 percent of nursery and primary schools, 70 percent of secondary schools and 30 percent of universities were affected by the teachers’ strike which took place on September 13. Teachers were seeking a 10-percent pay rise and increased spending on the education sector. With negotiations over these demands between trade unions and government having gone nowhere so far, teachers’ leaders are now considering another strike which, unlike the previous one, could last several days. 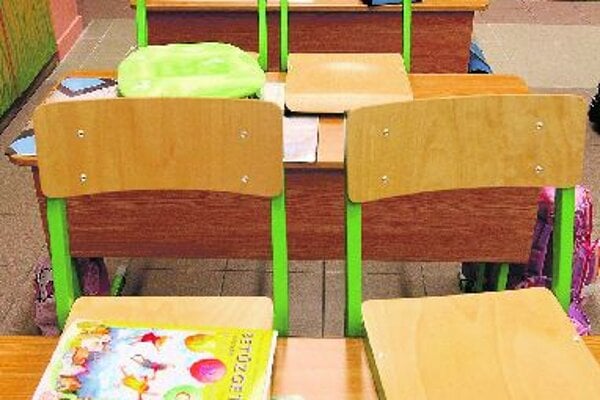 UP TO 90 percent of nursery and primary schools, 70 percent of secondary schools and 30 percent of universities were affected by the teachers’ strike which took place on September 13. Teachers were seeking a 10-percent pay rise and increased spending on the education sector. With negotiations over these demands between trade unions and government having gone nowhere so far, teachers’ leaders are now considering another strike which, unlike the previous one, could last several days.

The Trade Unions of Employees of the Education Sector and Science (OZ PŠaV) have formally declined an offer from the government to increase the salaries of teachers and other employees in the education sector by 5 percent. Though the ministers of finance and education have said that this is the most they can offer, the unions are insisting on their original requirements, including a gradual rise in the salaries of teachers to 1.2- to 1.6-times the national average salary, and systematic solutions to the long-term underfunding of the education sector, the SITA newswire wrote.

The next strike is planned to start on November 26, the day on which parliament is scheduled to begin discussion of the state budget draft for 2013.

“About 150,000 pedagogical and non-pedagogical employees might join the strike,” said OZ PŠaV chair Pavol Ondek, as quoted by the Pravda daily.

Before the strike begins, the trade unions plan to meet with all three top state officials, i.e. President Ivan Gašparovič, Prime Minister Robert Fico and Speaker of Parliament Pavol Paška. Ondek said he hopes that they will reach an agreement during these discussions, so that the strike need not take place.

“The minister is still convinced that the proposal pertaining to the salary hike was realistic and took into consideration the financial possibilities of the country at a time of inevitable consolidation of the state budget,” Kaliňák explained.

The Finance Ministry reiterated that the 5-percent pay rise offered represented the maximum amount the state could allocate for teachers. The field of education, science, research and innovation is a priority for the ministry, something which is also demonstrated by the high amount allocated from the state budget, finance minister advisor Radko Kuruc said, as quoted by the TASR newswire.

Ondek said that if all these claims were true, the trade unions would have no problem accepting them. But they remain convinced that there is room to find the additional resources for education “which has been underfunded for a long time”, he told The Slovak Spectator.

The teachers’ requirements are divided into three categories. The first pertains to an increase in funding for schools, to reach the level of other developed countries in the European Union.
At the moment, Slovakia spends about 4.7 percent of its GDP on education, according to a recent report, Education at a Glance, compiled by the Organisation for Economic Cooperation and Development (OECD), a club of industrialised countries. Other OECD members invest, on average, 6.2 percent of their annual GDP in education.

This requirement is linked to the second demand, a rise in the salaries of pedagogues and other employees at all types of schools, i.e. also private and church schools.

The last demand is that future legislative changes must always be to the benefit of education sector employees, Ondek explained.

The unions say that these requirements need not be met at once, but should be gradually realised during the term of the current government.

“We want a certain sequence of increasing financial resources to the education sector,” Ondek told The Slovak Spectator.

Action in support of a pay rise in the education sector started on September 13 last year, when more than 9,000 teachers from across Slovakia gathered in front of the Government Office in Bratislava to express their discontent with what they called inadequate funding for schools. But a month later they shelved their strike plans when the government of Iveta Radičová lost a confidence vote in parliament. The cabinet agreed to remain in office only until an early general election in March 2012, and did not appear to have the mandate to address their demands.

Meanwhile, however, Slovak hospital doctors pressed on and in December 2011 were involved in a large-scale protest in which about 2,000 physicians threatened to quit if the government refused to boost their pay. The government finally granted the doctors a three-step salary increase, starting with a salary increase to 1.05- to 1.6-times the average salary in the Slovak economy on January 1, 2012, and to 1.25- to 2.3-times the average salary in January 2013, depending on each doctor’s level of education and experience.

Though Ondek expects about 150,000 people to join the November strike, none of the other players in the education sector have yet said they will join the protests. However, Ondek did say that there is still a chance that other types of schools and school facilities will join in. The OZ PŠaV will start negotiations with representatives of both private and church schools, as well as people from gymnasiums and technical secondary schools, representatives of the Association of the Towns and Villages of Slovakia (ZMOS) and the Slovak Rectors’ Conference (SLK), he told The Slovak Spectator.

The New School Unions (NŠO), an association that co-organised the previous strike, said it supports the next protest, but does not believe that the current demands will resolve the problem of low salaries.

“We would welcome more specific conditions for the strike than are [included] in the OZ PŠaV statement, for example a 10-percent hike in tariff salaries for all employees in education sector in 2013, and a 40-percent [hike] in 2014 and 2015,” said Ľudovít Sebelédi, head of the NŠO, as quoted by SITA.

Since teachers’ wages currently stand at only 45 percent of the average earnings of other university graduates, the NŠO wants a 50-percent increase in salaries in the following four years and for spending on the sector to rise to 6 percent of GDP, Sebelédi added.

Moreover, together with the Slovak Chamber of Teachers, the NŠO is demanding that pedagogues and professional employees should get so-called justified bonuses. This means, for example, that they should have their sick-leave paid in full and that teachers’ summer breaks should be expanded to match the holidays that students get.

Ondek responded that such proposals should be the subject of discussion. If the other organisations suggest something that will really support employees in the education sector and the whole system, the OZ PŠaV will be certain to support it, he said.

Other school associations are also considering whether to support the next strike.

For example, the Association of Private Schools and School Facilities say it will decide whether to join the strike only after it sees more detailed demands.

“We will support this strike only if there is a demand that the increase in financial resources will directly pertain to a pay rise for pedagogues,” said Saskia Repčíková, chair of the association, as quoted by SITA. She added that her members joined the September strike because they also support an increase in total funding for the education sector.

Catholic schools, which were the only ones to refuse to join the September strike, said they will support the OZ PŠaV only if they withdraw what they called their politically motivated proposal to halt funding for church schools from the state budget. Instead, the trade unions should fight for the equal financing of schools and school facilities regardless of their founder, said Ján Horecký, head of the Association of Catholic Schools, as quoted by SITA.

“We fully support the social requirement for a fair pay rise for employees in the regional education sector and will urge its realisation with all legislative tools,” Horecký told SITA.