Jazz in full song at this year's festival

THE CHARMING melody of the saxophone, the unmistakable sound of the trumpet, the captivating tones of the piano and the deep notes of the double bass are typical elements of jazz music. But those who come to Bratislava between October 26 and 28 will find that this year’s Bratislava Jazz Days (BJD) festival also plans to highlight the vocal tradition of this famous musical genre. 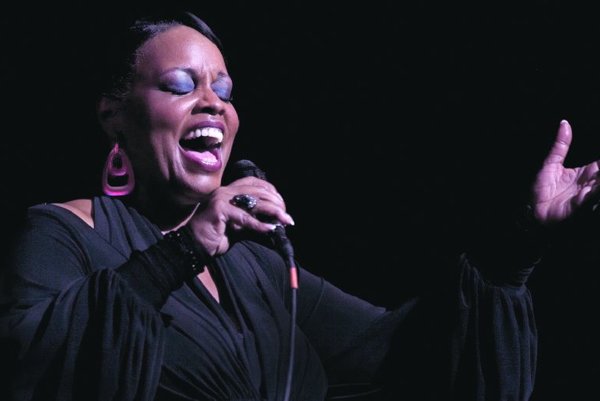 THE CHARMING melody of the saxophone, the unmistakable sound of the trumpet, the captivating tones of the piano and the deep notes of the double bass are typical elements of jazz music. But those who come to Bratislava between October 26 and 28 will find that this year’s Bratislava Jazz Days (BJD) festival also plans to highlight the vocal tradition of this famous musical genre.

“Singers are an important part [of jazz music] since they also communicate through [specific] words, not only abstract tones,” musician Peter Lipa, the long-time organiser of the festival, told a press conference on October 1.

He added that while singers are not a normal feature of classical jazz bands, they are “much more popular” than pure, instrumental groupings.

The BJD has become a tradition in Slovakia. From a small, amateurish event it has developed into a festival with an international standing which this year celebrates its 38th birthday and will see many world-famous musicians perform. Visitors to the 2012 event will get to jive to the melodies of European, American and even Turkish musicians.

The performances will take place on two stages. Stage A will host the headliners, representing both traditional jazz performers and new styles which mix jazz with various other musical genres. The palette of singers will include Austria’s Simone Kopmajer, Italy’s Mario Biondi, America’s Dianne Reeves, the French singer Pierre de Trégomain, Turkish singer Elif Caglar, and world-famous US funk band Kool & the Gang.

The Slovak musicians performing on Stage A will include the band FAT breakFAST, who won last year’s SPP Foundation prize, Lucia Lužinská, whom Lipa called “the only educated jazz singer in Slovakia” and Boris Čellár.

Stage B will belong mostly to bands competing for the SPP Foundation prize, which will be awarded this year for the third time. As well as the prize, the winning band will get the chance to perform on Stage A alongside established acts during the BJD.

Though the organisers this year lowered the number of competitors from nine to six, the competition’s popularity is proved by the increasing number of applicants not only from Slovakia but also from neighbouring countries, another of the BJD’s organisers, Pavol Daniš, told the press conference.

“During its first year [i.e. in 2010] nine bands from Slovakia, the Czech Republic and Austria applied for the competition; last year it was 12 and this year as many as 28,” he said.

Stage B will also host headliners who will not be part of the competition. Friday evening will belong to Czech singer Petra Vlková, who will perform her own interpretations of well-known songs by The Beatles and Queen. The audience on Saturday will have the chance to listen to songs from the latest album by Swiss big band The Lucerne Jazz Orchestra, while young singer Zuzana Mikulová and band Sanyland will perform on Sunday.