Village should have celebrated but there was no reason to

THE MUNICIPALITY of Dobrá Voda in the Trnava District scrapped planned celebrations commemorating the 750th anniversary of its first written mention. The celebrations were to take place during the weekend of October 6 and 7, the SITA newswire wrote. 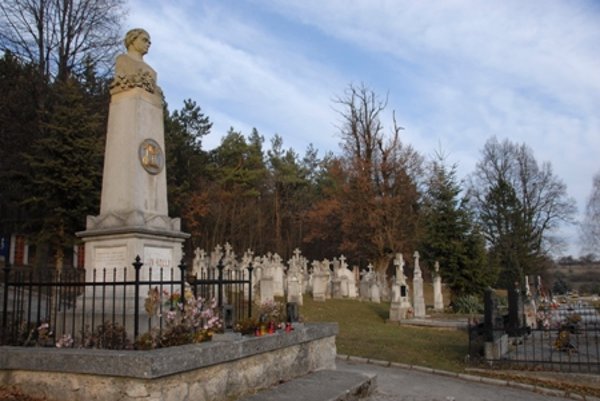 THE MUNICIPALITY of Dobrá Voda in the Trnava District scrapped planned celebrations commemorating the 750th anniversary of its first written mention. The celebrations were to take place during the weekend of October 6 and 7, the SITA newswire wrote.

The fact came to light that it is uncertain whether the first written mention of the village really dates back to the year 1262 – even the municipality’s website states in several instances that Dobrá Voda was first mentioned in 1394. The vice-mayor René Blanárik gave the go ahead to print posters and invitations, and even invited politicians to his village. A dance was planned, as well as a concert by Slovak National Theatre opera soloist Dušan Čapkovič, three pots of goulash, and more events worth a total of €5,500.

“The celebrations planned for this weekend are postponed, as opinions concerning the date of the first written mention differ. I have the year 1262, but there are also other dates,” Blanárik told SITA. However, the year 1262 is in fact mentioned in historical sources in connection with the hill Dobrá Voda or with the local castle.

Local administration representative Alžbeta Benedikovičová cited several sources at the session of the municipal council, according to which the 750th anniversary of the first mention should be celebrated in Dobrá Voda in 2144. She quoted also the Vlastivedný slovník obcí na Slovensku / The Homeland Dictionary of Municipalities in Slovakia, Encyklopédia slovenských miest a obcí / The Encyclopaedia of Slovak Towns and Municipalities and some sources form the archives in the Hungarian capital, Budapest. Representatives did not know about the prepared celebrations until September, and they were not included in the municipality’s budget, either. Blanárik informed them as late as in September. Dobrá Voda is not the only village in this area to have cancelled such celebration due to historical discrepancies. In the past, the municipality of Chtelnica had to postpone their anniversary celebrations several times, as shortly before the planned event new documents about the date of the first mention appeared.