Activists want to renovate the chapel over the village of Iliašovce

LOCAL civic association Sans Sounci has been trying to renovate a chapel over Iliašovce for several years. However, activists face disinterest, lack of money, and vandalism. The chapel and its whole complex, where the summer mansion of the Czáky family used to stand, lies in a place where locals like to make barbecues. 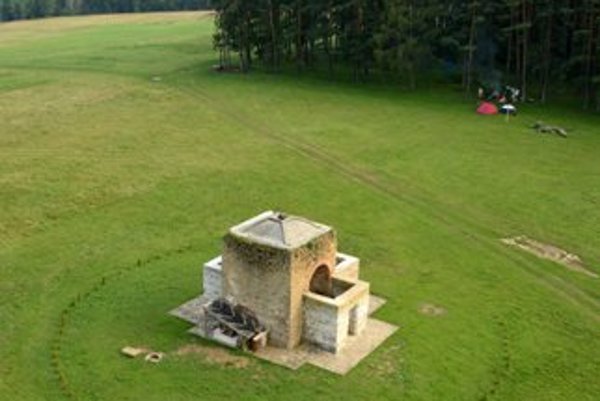 LOCAL civic association Sans Sounci has been trying to renovate a chapel over Iliašovce for several years. However, activists face disinterest, lack of money, and vandalism. The chapel and its whole complex, where the summer mansion of the Czáky family used to stand, lies in a place where locals like to make barbecues.

The complex was ordered by count Štefan Czáky – who was born in Iliašovce in the Spišská Nová Ves District – and built in 1773. Czáky was a very devout Christian and he let a summer mansion be built for his wife on the site, called Zamčisko. The keeper of the complex, Ondrej Frankovič, explained to the TASR newswire that Czáky wanted to make a heaven on earth in this place, as there used to be a beautiful view of the Tatra mountains and his native village from there. The place now looks quite differently, he added.

The complex was in use for about 23 years – but after a row between the married couple Czáky himself let it be demolished so only a ruin of the chapel remained. Originally, there were 13 more buildings there, apart from the chapel. The most interesting of which was the library, whose contents surfaced in the Romanian town of Arad, perfectly preserved and containing 5,160 books. The count sold it after he got into financial straits, Frankovič said. There was also a bower, called Finnish House – a seven-metres tall, round observatory tower. Today, only the foundations remain. There were also two smaller houses for guests, a stud farm, a big inn, and wine cellars.

“Historians from Hungary came here, who showed us through satellite where the foundations of these buildings lie. But we do not want to do anything with them; we mainly try to collect money to save the chapel,” he added. There is a hole in the ground within the complex, which was probably used as a water tank in the past, supplying the 13 buildings. A big French-English park lay here, with 124 wood species. Another interesting item is the French column which used to stand here in the past. Frankovič erected it three times, but vandals managed to destroy it to the extent that it is of no value and its remains will be placed in the depository of the Markušovce mansion.

The civic association (OZ) Sans Souci was established in 2006 when several people started repairing the chapel. For some time, works were suspended, due to the lack of a construction permit, but in 2008 activists returned to the restoration. “It is hard to procure money for the repair, as vandals keep coming here who devastate the place,” the keeper says. “I come here daily, ask people not to demolish it here, but in vain,” continues Frankovič, who was even attacked twice by aggressive visitors. In the upcoming weeks, the group plans to put the roof on the chapel and gradually restore it to its original state. The roofing alone has a budget set at €22,000. “Our effort is to create a relaxation zone here, make an education path and a commemorative site for our count,” concluded Frankovič.