THE SOUND engineer working on ‘The Disease of the Third Power’, a critical documentary about what its creators call the “black holes” in Slovakia’s judiciary, chose to remain anonymous – “out of fear”, according to the film’s credits. The documentary’s director Zuzana Piussi, who did attach her name to the film, is now facing criminal prosecution and up to two years in prison. 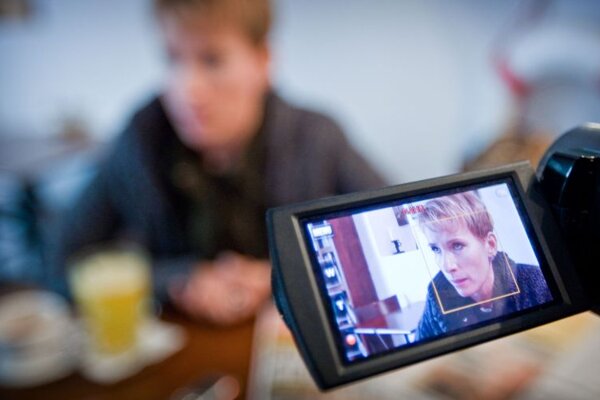 THE SOUND engineer working on ‘The Disease of the Third Power’, a critical documentary about what its creators call the “black holes” in Slovakia’s judiciary, chose to remain anonymous – “out of fear”, according to the film’s credits. The documentary’s director Zuzana Piussi, who did attach her name to the film, is now facing criminal prosecution and up to two years in prison.

Legal NGO Via Iuris immediately warned that sending Piussi to prison for making a documentary would represent a threat to freedom of expression and artistic expression in Slovakia, and set the country back several years.

The case arose after a judge featured in the documentary alleged a violation of confidentiality of verbal expression in a private conversation, a criminal offence. Judge Helena Kožíková, a former head of the Bratislava I District Court, is also suing the public broadcaster Radio and Television of Slovakia (RTVS) for screening the documentary, seeking damages of €30,000 for what she alleges is the harm done to her good reputation, the Hospodárske Noviny daily reported.

The documentary features Kožíková in conversation with the daughter of the late Marta Lauková, another judge. The daughter is seen trying to confront Kožíková about statements she had earlier made to the deceased judge. Kožíková, a former member of the Judicial Council, Slovakia’s top judicial body, alleges that the interview with her that appears in the movie was recorded and broadcast without her consent. Part of Kožíková’s face is obscured in the film but she claims that she is still identifiable.

The case of Lauková has received wide publicity. Back in 2009 she claimed that her superior, Gabriela Buľubášová, then head of the Bratislava I District Court, had attempted to influence one of her decisions. Lauková filed a criminal complaint in the autumn of 2009 and submitted as evidence a note from Buľubášová which stated that she should release a member of a gang accused of international human trafficking. Judge Lauková did not do so and shortly afterwards was transferred from the court’s criminal department to its civil law department. She then fell ill and went on sick leave, but was stripped of various bonuses after her superiors alleged that her sick leave was unjustified. Lauková died shortly afterwards. The police later halted their investigation of Buľubášová and closed the case, stating that no crime had been committed.

In 2011, Lauková was posthumously awarded a White Crow Award by the political ethics watchdog Fair-Play Alliance for having the “courage to defend the independence of judges despite political pressure and personal harassment”, the Sme daily reported in 2011.

Via Iuris claims that several of Kožíková’s claims are unjustified, arguing that Piussi did not need her consent to produce or use the recording of the conversation.

“According to the Civil Code, visual and audio recordings can be produced or used without the consent of individual entities for artistic purposes and for press, movie, radio and television news reporting,” Via Iuris said in a press release, adding that the documentary can be regarded as unambiguously an artistic document which at the same time was prepared for the purposes of news reporting.

The Civil Code also stipulates that the use of audio and video recording for artistic or news reporting purposes cannot be at odds with the justified interests of a private individual, Via Iuris noted, while adding that the documentary pertained to a widely publicised case which was a matter of public interest, and addressed the situation in the judiciary, which has a significant impact on society. Kožíková was a member of the top judicial body, the Judicial Council, and the conversation pertained to her activities and statements while performing her post as chairwoman of the Bratislava I District Court, Via Iuris argued.

The NGO also pointed out that the conversation covered issues on which Kožíková herself had openly commented before and that the conversation featured in the documentary was an attempt to confront her about statements, made to Lauková, the veracity of which was in doubt. Via Iuris wrote that the conversation did not pertain to a private matter, or to a decision in a court trial. It concludes that the judge had to bear in mind the increased media interest, and that even if the conversation was recorded by a hidden camera it did not automatically mean her rights as a judge had been violated.

Kožíková also alleges that her right to decline publication of her image, which is granted by the law on judges, was violated. The law stipulates that without the consent of a judge, their face cannot be published. But Via Iuris argued that the point of this legislation is to protect judges in association with their decision-making, mainly in criminal issues, and added that even the Constitutional Court has stressed in its decisions that state bodies must also respect constitutional principles, specifically freedom of expression and the right to information, and that they cannot interpret the law formally.

About 70 prominent Czechs artists, including former dissidents and political prisoners, have signed a petition to support Piussi against the lawsuit and sent it to Prime Minister Robert Fico, according to Sme.

“People should not be imprisoned for their opinions, least of all film-makers and documentary makers,” said Břetislav Rychlík, Czech documentary maker. “Their role is to present testimony about the times.”

The Slovak Foreign Ministry confirmed that Czech Foreign Minister Karel Schwarzenberg had also raised the issue in an informal conversation with Slovak officials, the daily wrote.