THE WORLD of classified information is one of the main topics that Pulitzer Prize holder and National Book Award winner Tim Weiner has been devoted to for most of his career. 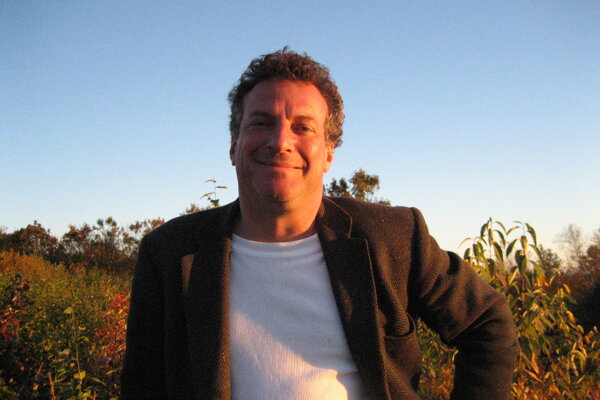 What is the power of information and how can the state agencies handling classified information be controlled? And what is the role of journalists in the process? Such questions, not frequently voiced in Slovakia, are to be discussed during his visit to Bratislava in early November. The Slovak Spectator put some of them to him in advance, and Weiner answered just prior to his arrival to Slovakia.

The Slovak Spectator (TSS): You left journalism two years ago to work full-time writing books. Why?
Tim Weiner (TW): I continue to report and write journalism, but I left my full-time job at The New York Times two years ago to concentrate full-time on writing books for the foreseeable future. The success of Legacy of Ashes, my history of the CIA, created a marvellous once-in-a-lifetime opportunity to make a living as an author. I worked at newspapers for 30 years, including 15 years at The New York Times. But when I made that decision, our children were 13 and 10 years old, and my wife, a human-rights activist, needed to travel a great deal for her work. As much as I love travelling to places like Afghanistan, I wanted to see my girls grow up. So all these factors played a part.

TSS: As a foreign correspondent you have reported from 18 countries. Why is it important for big media outlets to have foreign correspondents? How do you view the trend of the media cutting costs by abandoning the practice of direct reporting through foreign correspondents?
TW: The world is interconnected. We are one people with one thousand languages and cultures. If a house is on fire in Afghanistan, the fire can spread to the United States. We learned that on September 11, 2001. It is vital to understand the humanity of everyone living, from a little village to a great city. The dwindling of foreign desks is a disaster. But it can be reversed.

TSS: You have been in the media business for many years. How has the media business in the US changed over time?
TW: The concentration of ownership in newspapers has increased dramatically, while the circulation of many papers has fallen. The advent of “instant news” via the internet has decreased the time that reporters have to think, thus often reducing the analytical quality of their work. Cable news networks often are more interested in getting it first than getting it right. The rise of Fox News, which is less news than propaganda, has poisoned the political atmosphere.

TSS: What are the biggest challenges big outlets like The New York Times are facing now?
TW: The people who are in charge of the business side of the house at The Times, including the publisher, have made some remarkably bad decisions over the past 15 years that have hurt the paper financially, costing hundreds of millions of dollars. As a direct result, top-notch veteran reporters and photographers make relatively low salaries and have seen their wages cut. While The Times is still by far the best and most intelligent newspaper in the world, its future is threatened by short-sighted leadership and myopic management.

TSS: How do recent developments in the media business – also affected by the economic crisis – influence journalists’ role as watchdogs of democracy?
TW: It makes it ever more crucial for reporters and editors to focus on the machinery of democracy and the corruption of politicians at home and abroad.
Just yesterday, The New York Times published an astonishing piece on how the family of the next leader of China has accumulated great wealth through graft. We see political leaders and media magnates like Berlusconi in Italy and the oligarchs of Russia abusing their power. We see the corrupt influence of Rupert Murdoch creating a climate of espionage and secret surveillance at British newspapers. These abuses can only come to light if reporters do their work.

TSS: Information is power, you say. Why is information such a powerful tool in a free society? Has it always been so powerful or has its power been growing in recent years and decades?
TW: In the American system, the ideal of a public government was created in the Constitution. If the people fuelled the machinery of government by paying their taxes, the government would pay them back with information. The budget of the government would be an open book. Congress would meet in open sessions. Trials would be conducted with open doors. Court documents would be public information. And the people could arm themselves with the power of information they require to be their own governors, to make informed decisions about the issues before them.
It’s not perfect, but it has not been improved upon by other ideals since the 18th century.

TSS: Slovakia has recently seen scandals where politicians allegedly tried to control the work of journalists. Do you see this tendency in the US?
TW: American politicians do not bribe journalists – the risks of the discovery of that kind of conduct far outweigh the possible rewards.

TSS: As a journalist and now as a writer you uncover the world of the secret services. Why have you taken an interest in the intelligence services, what fascinates you about this?
TW: In 1987 I went to Afghanistan, then under Soviet occupation, to write about the CIA’s programme of shipping billions of dollars of weapons to the Afghan rebels fighting the Red Army. I asked the CIA to give me some interviews before I went. They said absolutely not. So I went off on a three-month adventure, and the day after I returned to Washington the phone rang. It was the CIA asking whether I still wanted those interviews! So I went to CIA headquarters, walked into the lobby, and there, engraved in gold letters one metre high, was a line from the Gospel of John: “And you shall know the truth, and the truth will make you free.” I was fascinated – who wouldn’t be? – and I remain fascinated 25 years later.

TSS: How are intelligence services controlled in a democracy and what is the role of journalists in the process?
TW: The question of how to run a secret intelligence service in an open democracy is a unique dilemma. Congress does a mediocre job of overseeing the CIA and the 16 other US intelligence agencies. So it falls to a handful of reporters and writers who are expert in the field to try and keep the spies honest.

TSS: What did you think of the practices of Wikileaks in revealing classified information? Is it right to encourage secret information to be leaked in this way – without revealing the sources, or without even knowing the sources?
TW: I am always in favor of disclosing sources whenever possible. My books on the CIA and the FBI have no undisclosed sources. I have two serious problems with the Wikileaks affair. One, much of the material was stolen by an Army private. It’s hard to justify that conduct. But then look at the material he stole. When you read it, you see that very little of it was actually secret. The great majority of it was standard-issue State Department reporting – frank, often fascinating, frequently undiplomatic – but not secret in any real sense.