SLOVAKIA is closer to reintroducing a unitary health insurance system. On October 31 the government of Robert Fico approved a project to create a system with a single public health insurance company in Slovakia. 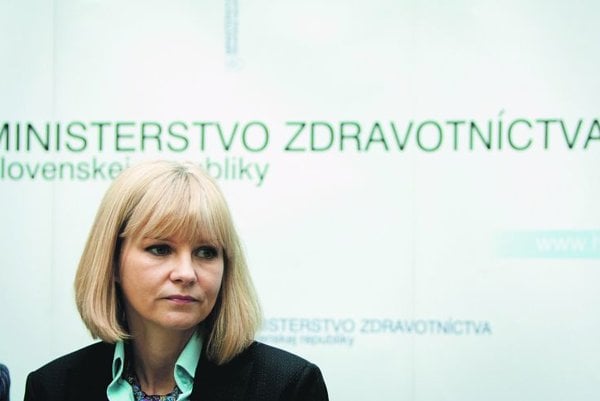 SLOVAKIA is closer to reintroducing a unitary health insurance system. On October 31 the government of Robert Fico approved a project to create a system with a single public health insurance company in Slovakia.

“The decision was made. There will be one health insurer,” Prime Minister Robert Fico told public broadcaster Slovak Radio. “Of course I will watch with great respect that there are also other opinions, but the decision has been made.”

The Health Ministry views the creation of a unitary health insurance system as a way to secure better health care.

The system of several health insurance companies in 1993, and allowing the generation of profit from public health insurance in 2005, was created with the aim to better meet the needs of patients and the insured, and to enhance the effectiveness of the health-care system, the Health Ministry writes in the document accompanying the project.

“It is possible to ascertain that these goals have not been met,” the document reads.

The ministry sees the acquisition of shares of private health insurance companies as the best method of arriving at a single health insurer. The other two methods are the take-over of management of the private insurers’ client portfolio and the expropriation of the private health insurance companies for an appropriate sum. If the government reaches an agreement with the private insurers about the sale of their shares, the single health insurer may be launched as of January 1, 2014. In the event of expropriation, creation of the new insurer will be delayed until July 2014, the Health Ministry writes in its plan.

“The principle for carrying out the plans to introduce a unitary health insurance system appears to be in compliance with the constitution,” the Health Ministry writes in the project. “The constitution allows for excluding certain social relations and activities in the public interest from economic competition.”

The ministry believes that the threat of the state facing international investment arbitration will appear only if the state fails to meet the standards and conditions for a legal expropriation process.

The private health insurers continue to oppose the plan. René Visser, head of the legal department at the Dutch company Achmea, which owns all the shares in health insurer Union, warned during a discussion on public broadcaster RTVS that the project conflicts with Slovakia’s constitution, European law and the investment protection agreement between the Netherlands and Slovakia.

The private equity company Penta, which controls the insurer Dôvera, voiced its disagreement this summer when the cabinet first announced its intention to introduce a unitary system.

Slovakia’s Association of Health Insurers (ZZP), of which Dôvera and Union are the only two members, disagreed with Fico’s plan to create a monopoly state insurer. Katarína Kafková, the president of the association, believes that the proposal ignores patients.

“The cabinet approved a plan which is directed against patients and, moreover, is at odds with the rule of law,” said Kafková, as quoted by the TASR newswire.

ZZP views the whole project as an effort to deflect attention from the real problems in the health-care sector.

“A large community of experts shares our opinion that the submitted project does not solve the major problems of the system and does not offer any benefits for patients,” said Kafková.

The price tag for the whole process is not known yet; a new transformation law should establish a scheme for setting prices for the private insurers.