THE 14TH Bratislava International Film Festival (MFF, or IFF) will open with film The Company You Keep, directed by Robert Redford at a screening on November 9 at the MDPOH city theatre on Laurinská. The festival will then move to other venues, principally Cinema City in Eurovea and the Lumiere and Mladosť film clubs. 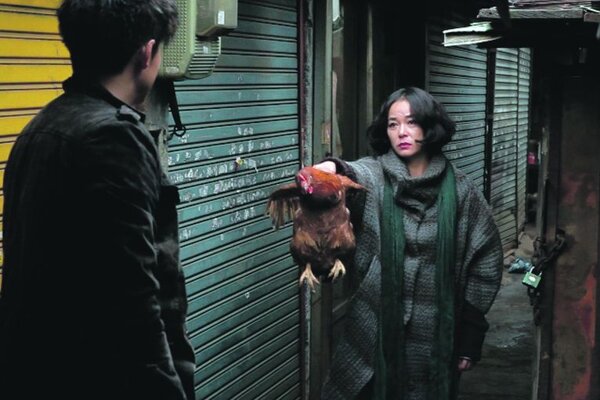 THE 14TH Bratislava International Film Festival (MFF, or IFF) will open with film The Company You Keep, directed by Robert Redford at a screening on November 9 at the MDPOH city theatre on Laurinská. The festival will then move to other venues, principally Cinema City in Eurovea and the Lumiere and Mladosť film clubs.

“We changed the opening film at the last moment, as this is the type of movie that fulfils all the criteria to be considered a festival film; and it is so interesting for audiences that people manage to sit until the end, although it is a little longer [than usual films],” festival organiser Vojtech Kabáth, told the TASR newswire.

About 110 movies from all over the world will be shown between November 9 and 15 in Bratislava, before the festival moves on to Banská Bystrica for two days. The films are very different in terms of genre, and have been divided into several sections including competitions for feature films, short films, documentaries and, for the first time, Slovak films. There will also be non-competitive sections. Film directors whose works are to be featured at the MFF include Bernardo Bertolucci, Ken Loach, Goran Paskaljevič, Matteo Garrone, Cristian Mungiu, and Agustí Villaronga.

The Panoráma section will present this year’s finalists of the European Parliament’s film award, LUX 2012: Bence Fliegauf of Hungary, Miguel Gomes of Portugal, and Andrea Segre of Italy. A “must-see”

is the movie by Korean Kim Ki-duk Pieta, recently awarded the Golden Lion in Venice. Commemorating the 25th anniversary of the Spanish “Goya Awards”, the Bratislava festival will also feature films that have received this prize in the last five years, such as Daniel Monzón’s Cell 211 (Celda 211), and Agustí Villaronga’s Black Bread (Pa Negre).

A novelty of this year’s festival will be the Festival Centre, whose headquarters in Storehouse No. 7 in Eurovea will provide space for both professionals and the wider public to meet, relax, and learn.

“We want to include the public more into what is happening at the festival,” Kabáth said. “We organise workshops, debates, interactive exhibitions and screenings for children. I view the Festival Centre as enhancement towards people – the festival is not only about films, but also about meeting and discussing them,” he added.

Films from a series of documentaries called Photographers will be shown there, introducing Slovak documentary makers like Tibor Huszár, Šymon Kliman, Peter Župník, and Martin Kollár.

The festival’s programme and information about which films have English subtitles can be found, in English (see button at the top right corner of the main page), at www.iffbratislava.sk.