Slovak market prepares for the arrival of LTE

THE TECHNICAL development and popularity of social networks are inspiring more and more people in Slovakia to make wider use of the mobile internet. Telecom operators here are reporting a continual increase in usage of mobile internet services and even though they say that their current 3G networks do not represent a barrier to such usage, all of them are preparing for the arrival of LTE (Long Term Evolution) technology, also marketed as 4G in Slovakia. But experts warn that the technology will not, on its own, create a miracle and turn Slovaks into extensive mobile internet users. 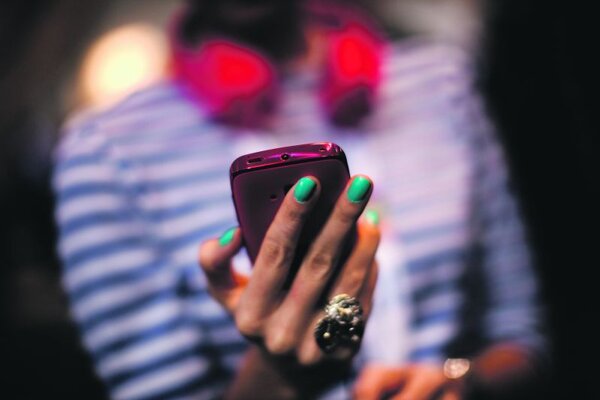 THE TECHNICAL development and popularity of social networks are inspiring more and more people in Slovakia to make wider use of the mobile internet. Telecom operators here are reporting a continual increase in usage of mobile internet services and even though they say that their current 3G networks do not represent a barrier to such usage, all of them are preparing for the arrival of LTE (Long Term Evolution) technology, also marketed as 4G in Slovakia. But experts warn that the technology will not, on its own, create a miracle and turn Slovaks into extensive mobile internet users.

“The technology itself, however innovative, will not necessarily bring a change in user behaviour,” Vladimír Settey, systems engineer at Cisco Slovensko, told The Slovak Spectator. “In the field of IT and telecommunications it is instead attractive applications and end-user devices that draw customers.”

But he believes that LTE could significantly help customers use bandwidth-hungry applications and services such as video, cloud services and social networks – which they are currently in the habit of accessing mostly at home or work, via fixed-line connections – anytime and anywhere via their mobiles.

Tomáš Palovský, a spokesperson for technologies and networks at Slovak Telekom, agrees, adding that usage of the internet, whether mobile or fixed-line, depends entirely on the available content.

“It is necessary to offer customers interesting content and then they will use the mobile internet [more],” Palovský told The Slovak Spectator. “Thus connectivity alone is not enough because customers are not able to process it. Its usage and added value are of key importance. The arrival of social networks has brought many new clients to the mobile internet. Applications are another step which lures users. In this way this modern type of connection can gradually spread to a critical mass of customers.”

According to Settey, LTE, which brings higher transmission speeds and capacities, and better internet connections via mobile networks, may make people more flexible and mobile and enable them to use their time more efficiently.

“People recognise the added value of these services and are naturally interested in them,” said Settey. “Thus expectations in mobile communications, and not only in Slovakia, for the next five years are really huge: an 18-fold increase in operation, 10 billion devices connected to mobile networks and a nine-fold increase in connection speeds globally.”

Norway and Sweden were the first countries to launch commercial operation of LTE networks, starting in 2009. Since then the number of operators offering LTE services has grown steadily and there should be more than 160 LTE networks in 70 countries in commercial operation by the end of 2012. In the Czech Republic the process of allocation of frequencies should finish in late 2012 or early 2013, according to Settey.

“In Slovakia, the allocation of licences for frequency bands, a necessary condition for the systematic building of the infrastructure by operators, is currently a limiting factor,” said Settey, adding that as well as financial aspects, like return on investment, which depend on the cost of the licence, the coverage area, preparedness and interest of clients in new services are important for operators.

He expects, based on the information available, that allocation of frequency bands in Slovakia will take place during 2013. But the real availability of LTE networks will depend on a range of factors – especially whether the licences for frequency bands are allocated within the anticipated time frame, the conditions set by the telecom regulator for construction of such networks, operators’ strategies and the expected return on investment.

“Today it seems that commercial services might be available during the second half of 2014; pilot signal coverage and testing operations might come some months earlier,” Settey said.

The Slovak Telecommunications Office (TÚ) has been preparing an electronic auction of frequencies including those suitable for operation of LTE networks, Roman Vavro, its spokesperson, told The Slovak Spectator, adding that there will be a public consultation about the terms of the electronic auction.

“The TÚ will prepare the public consultation in cooperation with an internationally experienced advisor,” Vavro told The Slovak Spectator, adding that the TÚ is now choosing that advisor via a public procurement. The advisor will provide expert support and consultancy, especially when setting an auction reserve price for allocation of individual frequency blocks and during preparation of the electronic auction. “The TÚ plans to carry out the electronic auction and issue permission to successful applicants in 2013.”

The TÚ has reported interest in the LTE-compatible frequencies from operators already providing mobile services in Slovakia, as well as others.

LTE experiences and expectations in Slovakia

The most recent entrant to Slovakia’s mobile market, Telefónica Slovakia, which provides services under the O2 brand, was the first operator to test commercial operation of LTE using its existing network, in August this year.

“The real experiences have met our expectations,” Martina Jamrichová, Telefónica Slovakia’s spokesperson told The Slovak Spectator. “The service is being used primarily as a high-speed internet connection for households, i.e. as an alternative to a fixed-line connection. The behaviour of customers is in line with this.”

According to Jamrichová, customers use the LTE connection for fast uploading of large e-mails, movies or music, which is much faster compared to current connections.

Telefónica launched test operations of LTE in a handful of municipalities in western Slovakia. The operator is assessing the outcome and will use the final results to design its future strategy.
The other two mobile operators in Slovakia are also interested in frequencies suitable for provision of services via LTE networks, but their next steps will depend on the tendering conditions for the licences.

“We will ponder our participation in the selection proceeding only on the basis of conditions for allocation of these frequencies,” Palovský of Slovak Telekom told The Slovak Spectator. He added that the company is currently focusing on rolling out HSPA+ technology, which with improvements and a speed of up to 42 Mbps is suitable for most customers.

To fully use the advantages of LTE for mobile communication, more advanced mobile devices are needed. In this respect all three operators in Slovakia confirm that the number of people currently holding mobile phones able to receive an LTE signal is very low.