WHILE Slovak politicians have consistently incorporated Roma issues on their agendas, some harvesting criticism from human rights watchdogs for resorting to populism, public discussion has tended to focus on living conditions, housing and school attendance. One issue that has remained overlooked by politicians is the forced sterilisation of Roma women. However, rulings issued by the European Court for Human Rights (ECHR) over the past year in favour of Roma women show that such practices have occurred on repeated occasions in recent years. 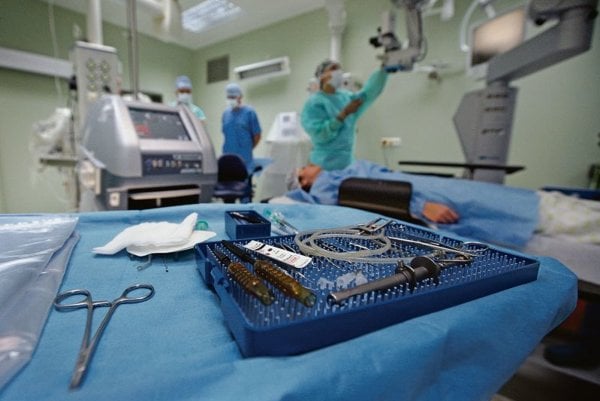 WHILE Slovak politicians have consistently incorporated Roma issues on their agendas, some harvesting criticism from human rights watchdogs for resorting to populism, public discussion has tended to focus on living conditions, housing and school attendance. One issue that has remained overlooked by politicians is the forced sterilisation of Roma women. However, rulings issued by the European Court for Human Rights (ECHR) over the past year in favour of Roma women show that such practices have occurred on repeated occasions in recent years.

The ECHR has ruled that several hospitals around Slovakia violated Roma women’s right to freedom from inhuman and degrading treatment and their right to a private and family life. Human rights organisations say the Slovak government should start dealing with these issues – firstly by taking responsibility for them.

The most recent ruling, issued on November 13, upheld allegations by three women, identified only as I.G., M.K. and R.H., that they had been forcibly sterilised in the gynaecology and obstetrics department of Krompachy Hospital, in eastern Slovakia in the scope of years 1999-2002, which at the time of the incidents in question was run by the Health Ministry.

“I am pleased that the European Court [of Human Rights] confirmed [our claims] and admitted that they sterilised us without our consent,” said one of the women, identified as I.G., as quoted in a press release by the Advisory Centre for Civil and Human Rights, which represented them at the ECHR. “In my name, and the name of other Roma women, I thank the European court.”

She added that she nonetheless regrets the fact that nobody in Slovakia trusted her claims and those of the other women and that their version of events had to be confirmed by the ECHR.

“The court again confirmed in its ruling that sterilisation without informed consent is an interference in the basic human rights of women guaranteed by the European treaty as well as other international laws to which Slovakia is subject,” said the women’s lawyer, Vanda Durbáková from the Advisory Centre for Civil and Human Rights, as quoted in the centre’s press release, adding that the Slovak government should now act and accept responsibility for these “illegal practices”.

The ruling was also welcomed by the Center for Reproductive Rights which, together with the Advisory Centre for Civil and Human Rights, prepared a fact-finding report titled “Body and Soul: Forced Sterilisation and Other Assaults on Roma Reproductive Freedom in Slovakia” back in 2003. The report, describing numerous cases of forced sterilisation of Roma women, was among the first initiatives to shed light on such practices, representatives of the centre stated.

“All women have the fundamental right to exercise autonomy over their reproductive lives,” said Johanna Westeson, the regional director for Europe at the Center for Reproductive Rights, in an official press release. “These women were treated like second-class citizens, humiliated, abused and left with physical and emotional scars – unable to ever bear children again.”

The three women submitted a complaint to the ECHR back in 2004 after failing to make progress in the Slovak courts. Theirs was the first such case against Slovakia to be submitted to the court. They all testified that they had gone to Krompachy Hospital to give birth. The doctors there told them that their babies would have to be delivered by caesarean section, but before they underwent surgery they were required to sign a form whose content was not described to them by the medical staff. One of the plaintiffs was even given an injection, after which she became dizzy and could not clearly understand what she was being asked to sign.

During surgery all three women were sterilised by a tubal ligation.

The women only learned about their sterilisation several years later, under circumstances which allowed them to view their own medical records. There they found forms, completed using a typewriter, that requested sterilisation and bore their signatures, as well as the consent of a sterilisation committee to the surgery.

Since at that time two of the women were adolescents, the doctors should have asked their legal representatives for consent to perform a sterilisation. Yet neither the women nor their parents said they had agreed to any such operation. The third woman also claimed she had not agreed to sterilisation, according to the verdict of the ECHR.

Moreover, in describing the overall situation and context in which they had been sterilised the women submitted that they had received “inferior treatment during their stay in Krompachy Hospital”, reads the verdict.

“In their view, racial prejudice on the part of medical personnel had played a significant role in the quality of the treatment they received,” the ruling states, specifying that the women had been accommodated separately from non-Roma women, in what were called “Gypsy rooms”, that they had been prevented from using the same bathrooms and toilets as non-Roma women, and that they were prevented from entering the dining room, where there was a television set.

Moreover, the second applicant had also experienced verbal abuse from health-care personnel during her stay in the hospital, the verdict reads.

In addition to this, the women said that the chief gynaecologist at the hospital had admitted that patients were categorised and separated according to their “adaptability” and level of hygiene. That categorisation was carried out by him on an individual basis, according to the ruling.

During the process, the Slovak government rejected the women’s statements, and instead referred to a statement from the gynaecologist involved claiming that there had been no deliberate segregation of Roma women. Moreover, due to the similarity of their habits, it alleged, Roma women themselves asked to be placed in rooms together and even moved without authorisation to other rooms for that purpose. Roma women with a higher social status requested isolation from other patients of Roma origin, the government said, as quoted by the ruling.

The government claimed during the process that the three women had not exhausted all legal remedies in Slovakia. In particular, they should have sought “redress also by means of an action for protection of their personal rights under Articles 11 et seq. of the Civil Code”, it alleged.

The ECHR judges dismissed this claim and ruled that the women were actually unable to obtain redress in the context of criminal proceedings, notwithstanding that they had provided the prosecuting authorities and the Constitutional Court with ample opportunity to redress the breach of their rights.

The ECHR granted two of the plaintiffs compensation of €28,500 and €27,000, as well as court fees. It did not deal with the complaint of the woman identified as R.H. since she died in 2010, the Advisory Centre for Civil and Human Rights wrote in its press release.

The ECHR has already passed two rulings which confirmed that forced sterilisation of Roma women had taken place in Slovakia. The first was passed in November 2011, the second in July 2012. The women involved were granted compensation of €31,000 and €30,000 respectively.

Durbáková told The Slovak Spectator that in her opinion the rulings require that the Slovak government “finally accept responsibility for this reprehensible practice, apologise to all illegally sterilised women and approve a comprehensive mechanism which will allow the investigation of all cases of illegal sterilisations from the past and reimburse harmed Roma women”.

“Moreover, it is absolutely unacceptable that doctors who performed forced sterilisations continue to work at Slovak hospitals,” she added.

The lawyer claimed that the government should also “hold responsible not only [the doctors] but also those individuals who did not investigate these cases of forced sterilisations properly despite there being clear evidence”.

In 2004 the Slovak government passed a law on medical treatment which explicitly outlawed doctors from performing procedures like sterilisation without obtaining the informed consent of patients.