Curbing a dangerous form of theft

A LITTLE girl died for the sake of a couple of euros. That was how the media reported the death of a child who was swept away after falling into a sewer in Nitra on May 10 because a surface manhole cover was missing. The three-year-old’s body was later found in a wastewater treatment plant. The case prompted a debate among MPs about a long-term problem in Slovakia: the theft of public property for sale to scrap metal merchants. 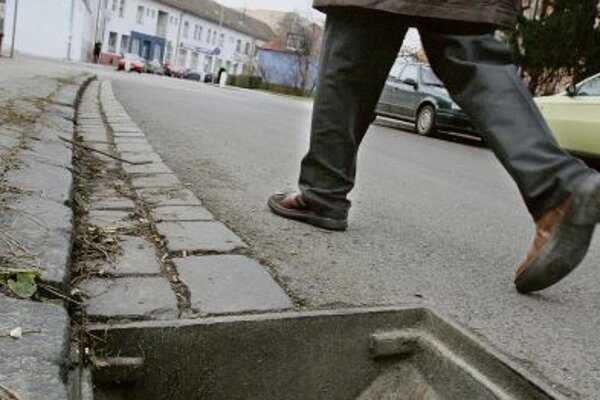 A LITTLE girl died for the sake of a couple of euros. That was how the media reported the death of a child who was swept away after falling into a sewer in Nitra on May 10 because a surface manhole cover was missing. The three-year-old’s body was later found in a wastewater treatment plant. The case prompted a debate among MPs about a long-term problem in Slovakia: the theft of public property for sale to scrap metal merchants.

Between 2009, when law changes restricted the purchase of public property such as manhole covers by scrap metal merchants, and mid June 2012 police had 508 incidents of theft of such items reported to them.

To address the problem, Alojz Hlina, an independent MP who was until recently a deputy for Ordinary People and Independent Personalities (OĽaNO), and Lea Grečková from the ruling Smer party, have proposed separate law changes since May. Discussion in parliament finally resulted in passage of an amendment proposed by Grečková. This will change the law on waste to forbid scrap metal merchants from buying any scrap metal in the form of manhole covers from next year, the TASR newswire reported. MPs approved the amendment, which was part of a larger piece of legislation that transposes the latest European directive on waste management, on October 9. It will become effective on January 1, 2013.

According to the current law on waste, anyone collecting or buying scrap metal is obliged to buy items like manhole covers only from roads administrators. The law prohibits the buying of such scrap metal in any other way and fines for violations vary from €7,000 to €16,000, according to TASR.

Neither the police nor the Slovak Environmental Inspectorate (SIŽP), the government body which carries out inspections at scrap metal merchants, have any statistics specifically about stolen metal. Yet Slovak Railways (ŽSR), the state-owned rail network operator, claims that it has to deal with such thefts on an almost daily basis.

“When ‘human beasts’ steal manhole covers and children die because of that, society has to wake up,” Hlina said, as quoted by the Sme daily in May. “We have not just discovered that hatches are being stolen – this problem is a long-standing one.”

Grečková pointed out that the new ban tightens the law, which does not currently prohibit scrap metal merchants from buying metal parts from manhole covers, according to TASR. However, it is hard to tell whether the new law will work in practice, Mária Kováčová, a SIŽP inspector, told The Slovak Spectator.

Hlina criticised Grečková for not supporting an amendment to the Criminal Code proposed by him and another OĽaNO parliamentarian, Miroslav Kadúc, which was rejected by parliament on July 3. He claimed that her previous amendment from 2008, which tightened rules for buying scrap metal by introducing obligatory documentation of sellers’ personal details and higher fines was “totally ineffective and [had] zero results”.

Hlina and Kadúc proposed making wilful damage to or recovery of “generally useful public devices” like manhole covers or their parts, which could lead to death or serious injury, a criminal act. The proposal was in part intended to define such acts since Slovak law currently lacks such definitions, according to the authors, TASR reported.

“People who steal those hatches have low legal awareness,” Grečková argued in parliament on July 7, as quoted by TASR. “I assume that they do not read the digest of laws, do not follow the legislative process and have no idea what disciplinary action they are threatened with – whether we increase it or not.”

She added that the problem lies not with the legislation but its implementation in practice, and cited what she said was the example of Prohibition in the USA, which led to the development of a black market in alcohol. As with Prohibition, she said, higher fines would not reduce such thefts, TASR reported.

Since it remains lawful to buy scrap metal, thieves have the opportunity to sell stolen material and thereby harm people or their property, according to the SIŽP’s Kováčová.

“It is possible to prevent unlawful behaviour by those persons by [complete] prohibition of metal buying, as is the case in some foreign countries, or by setting extraordinarily strict conditions for buying scrap metal,” Kováčová said.

How big is the problem?

The police report that between January 1, 2009, when the 2008 amendment to the law on waste became effective, and mid June 2012 they received 508 notices from government, firms or physical persons regarding the theft of objects like manhole covers, traffic signs, railway infrastructure and so on. Scrap metal merchants reported 11 incidents related to measures in the amendment since then. To prevent thefts, police officers run preventive checks and inspect scrap metal merchants as part of their normal searches for stolen goods, Slovak Police spokesperson Michal Slivka told The Slovak Spectator in August.

Between January 2009 and August this year the SIŽP has carried out 168 inspections, and in around 40 percent of all cases found violations against the law on waste. However, only nine violations were related to the measures passed in 2008 and most concerned the absence of documents or personal records, Kováčová explained.

“According to [this] data [we can] conclude that scrap metal merchants are aware of the need to observe the duties implemented by the [2008] amendment to the law on waste,” Kováčová stated. “Also, the high penalties, above €7,000, imposed by the SIŽP contributed to that [behaviour] considerably”.

The capital’s municipal water authority, Bratislava Water Company (BVS), administers around 33,000 manhole covers and checks them once a year at least. Changing one of these covers costs hundreds of euros; the metal cover itself costs around €150. However, only a few of them vanish each year since most are made of cast iron and concrete and weigh more than 80 kilograms. This means that they are hard to steal and thieves would have to remove the concrete before selling them, BVS spokesperson Zenon Mikle said, as quoted by Sme in June.

On the other hand, despite action by authorities the theft of metal objects from the rail network still causes great problems for ŽSR. Ninety-nine percent of material stolen from ŽSR is unique to the railways, so there should not be a problem detecting it if it appears in scrap metal merchants’ yards. To prevent theft, ŽSR has created a catalogue of railway components which scrap metal merchants should not buy, ŽSR spokesperson Martina Pavlíková told The Slovak Spectator on August 2012.

“Identification and rectification of the damage caused costs several times more than the thieves’ earnings from stealing and selling the materials," Pavlíková said, adding that since ŽSR is a state-run firm taxpayers end up paying for the losses.

As an example she mentioned a case from February 29 this year, when an unknown thief cut metal and fibre-optic cables which caused the failure of telecommunication and IT services provided by ŽSR’s Railway Telecommunications department. Rectification of the damage, which proved very complicated, cost more than €10,000, but ŽSR estimates that thief probably received around €24 for the material that was stolen.

Among the most serious cases Pavlíková pointed to was a train accident in Budkovce, eastern Slovakia, in 1992, in which the theft of railway components contributed to the death of six railwaymen.