THE 22nd year of the Month of Photography festival held in Bratislava in November has been called an ‘ordinary’ edition of this annual event. While this description might sound unappealing, the opposite is true, as the programme created for this year’s festival is as fascinating and diverse as ever. The festival’s organisers have once again brought to Bratislava an extensive array of exhibitions by renowned photographers from both home and abroad, as well as an overview of recent developments in photography in central and eastern Europe. 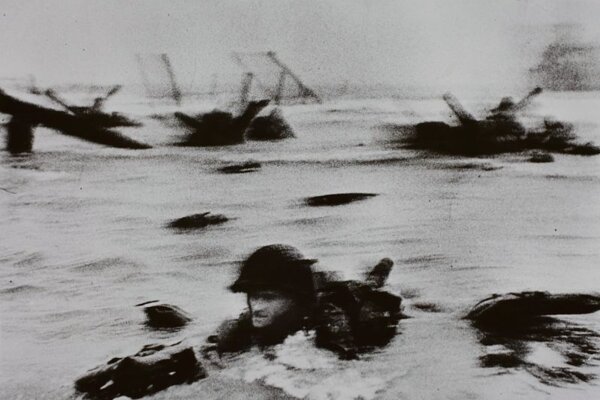 THE 22nd year of the Month of Photography festival held in Bratislava in November has been called an ‘ordinary’ edition of this annual event. While this description might sound unappealing, the opposite is true, as the programme created for this year’s festival is as fascinating and diverse as ever. The festival’s organisers have once again brought to Bratislava an extensive array of exhibitions by renowned photographers from both home and abroad, as well as an overview of recent developments in photography in central and eastern Europe.

“For us this is an ordinary year because in terms of the cycle of the festival’s annual editions and its changing exhibitions and accompanying events, it does not differ in its structure from what was done in the past,” festival director Václav Macek said when introducing this year’s festival. “The festival only differs slightly from previous editions in its accompanying events.”

This year part of the festival features a screening of six documentaries about prominent Slovak photographers from a 10-part series, and a Czech theatrical performance about the life of Miroslav Tichý, a Czech photographer who has become one of the biggest names in European photography over the last few years, said Macek.

Festival organisers chose ethnic minorities for the subject of one of this year’s special exhibitions. While they originally planned to bring to Bratislava work covering a broad and diverse selection of minorities, a failure to raise enough money led organisers to instead focus on Roma. The key exhibition in this section, On the Road, depicts the lives of Roma in the Czech Republic, Hungary, Russia and Slovakia in the 1970s and 80s. Other exhibitions, like Vanishing Point by French photographer William Ropp, My Beautiful Gypsies by Hungarian Tamás Schild and Beautiful People by Slovak Šymon Kliman, portray the Roma in an opposite light from how they are often perceived.

According to Macek, the exhibitions by Ropp, Kliman and Schild, which often present Roma people wearing their best clothes, in portraits that make them almost appear removed from their social background, are a kind of response to the stigmatisation of the Roma and the constant focus on the disastrous conditions in which they often live.

“These exhibitions are a fine addition [to the On the Road exhibition] and further build on the Roma theme [as depicted in] the epic, narrative [style of] photography of the 1980s,” said Macek.

The only non-Roma exhibition in the minority section is Rusyns by Tomáš Leňo and Jozef Ondzik. They have devoted more than 20 years depicting the life of the Ruthenian minority even though they themselves are not among its members. Of the photos displayed is a selection from the book of the same name, which the Slovart publishing house published earlier this year.

The two biggest names presented at the festival are Robert Capa, a war photographer of Hungarian origin, and US photographer Lewis Hine, who earned the title the Father of Documentary Photography with his photos depicting child labour and European survivors of WWI.

The retrospective exhibition of Capa brings a selection of more than 100 photos he shot when reporting on wars and military conflicts, including his famous Falling Soldier, as well as the last photos he took before a landmine killed him in Vietnam in 1954.

Capa is known for his famous quote, “If your photographs aren’t good enough, you’re not close enough”. The photos displayed show that he himself followed this suggestion very closely, and his photos, even at more than 50 years old, still give goosebumps to those who see them.

Hine’s exhibition presents photos documenting the construction of the monumental Empire State Building, including the famous Men at Lunch image depicting 11 depression-era ironworkers lunching along an I-beam on the unfinished skyscraper.

Photography from central and eastern Europe

One aim of the Month of Photography is to focus on the development of photography in central and eastern Europe. This year the key exhibition in this section is The Young Generation, subtitled New Photography from Russia and Ukraine.

The festival traditionally features a selection of work by Slovak photographers, of which Macek highlighted Transit by Martin Kollár, who has become a world-renowned photographer, and the exhibition of Stano Pekár, which presents his work from the 1970s and 80s.

Macek describes Pekár as the complete opposite to the candid, “decisive moment” photojournalistic style made popular by French photographer Henri Cartier-Bresson.

“Pekár is a photographer of the non-decisive moment - triviality and banality. But after 40 years it has come out that he very aptly speaks about how the period of the 70s and 80s looked and how people used to live,” said Macek, adding that the festival marks the launch of Pekár’s new book called Total Photography.

What: Month of Photography
When: November 1-30
Where: The House of Arts, Nám. SNP 12, and other venues across Bratislava
Ticket: festival pass €12
www.sedf.sk (also in English), www.mesiacfotografie.sk (only in Slovak)