General factsGermany is one of the six founding countries of the European Union (in 1952). From an administrative point of view, it consists of 16 federal states. The capital city of Germany is Berlin. 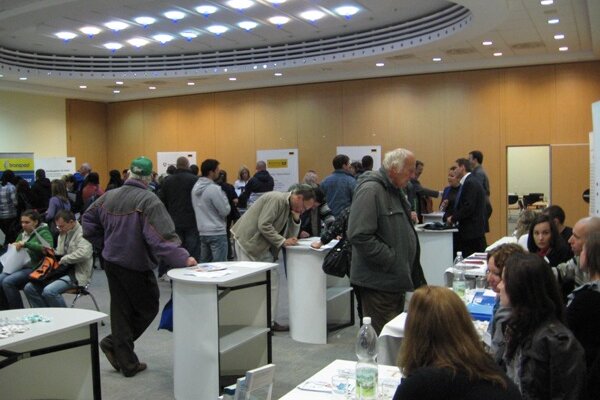 General facts
Germany is one of the six founding countries of the European Union (in 1952). From an administrative point of view, it consists of 16 federal states. The capital city of Germany is Berlin.

Economy
Germany has the biggest economy in the EU and the fourth strongest economy in the world.
Since 2010, a recovery has been in place due to the global financial and economic crisis. Over the course of 2011 Germany’s economic performance exceeded its pre-crisis level. This favourable trend continues and the situation on the German labour market has been improving ever since.

Employment services
Public employment services in Germany are rendered by the Federal Employment Agency - Bundesagentur Für Arbeit (www.arbeitsagentur.de). It has 700 branch offices nationwide. Its most important tasks include finding work for jobseekers, to educate, career guidance, delivering unemployment benefits (Arbeitslosengeld) and other social benefits to compensate for the lack of job income (Sozialgeld), as well as delivering child benefits (Kindergeld) and children’s allowances to complete the child benefits (Kinderzuschlag).

As a result of the demand for labour in Germany, cooperation between EURES in Germany and EURES in Slovakia has intensified. In Germany, the following professions are in high demand: technical engineers, qualified craftsmen and technical professions, IT experts, doctors, nurses and carers, home helpers with handicap family members, and trained or unskilled staff for hotels and restaurants, as well as in agriculture, forestry and gardening. From the Slovak side there is high interest in housekeeping and kitchen helpers as well as carers for households with a handicap family member.

ZAV employees took part in the 14th International Job Fair in Slovakia – JobExpo 2012, which took place in Nitra in May 2012, and within the recruitment for the required professions were performed also job interviews. German EURES advisers assisted by Slovak EURES advisers provided advisory for 160 applicants. In addition 41 jobseekers participated in job interviews for hotel and restaurant services, out of which about half found work. The main reason of failing to find work was due to insufficient knowledge of the German language. Those who were successful were gradually offered jobs in Germany.

The next round of job interviews for both hotel and restaurant services and for households with a handicapped member took place in Bratislava in October 2012 within the information and job fair ”AustrianGerman Day”. EURES advisers from Germany presented living and working conditions in Germany, and collected CVs of those interested in working in Germany. Together with two German employers were offering around 200 jobs. During this event 255 Slovak applicants expressed interest in jobs in Germany, 150 of them took part in interviews. Out of these, employers plan to employ 84.

EURES Germany members are interested to continue in participation in such recruitment activities in Slovakia as well as in next planned international job fair, JobExpo 2013, which should take place on April 18 – 19, 2013 again in Nitra.

German advisers collect CVs of jobseekers through Slovak EURES advisers all year round and they aim to place them on the German labour market.