Dealing with unfair competition in the Slovak Republic

A socially and ecologically oriented market economy is a constitutional principle of theeconomy of the Slovak Republic. On the basis of this principle the Slovak Republic is committed to promoting and protecting competition and preventing abuses, and thereby contributing to the achievement of free enterprise. 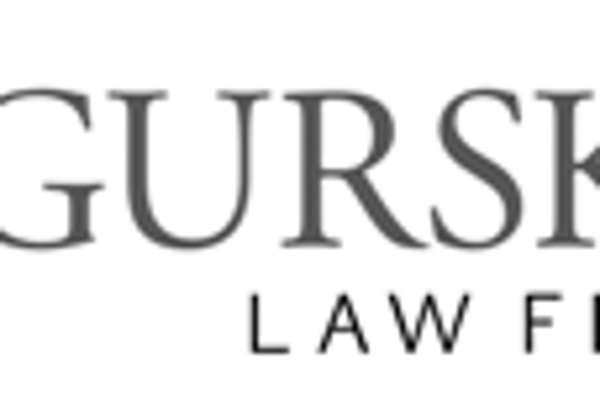 A socially and ecologically oriented market economy is a constitutional principle of the
economy of the Slovak Republic. On the basis of this principle the Slovak Republic is committed to promoting and protecting competition and preventing abuses, and thereby contributing to the achievement of free enterprise.

The right to conduct business freely is guaranteed by the Slovak constitution, specifically by the freedom to pursue economic activity. This guarantee does not provide protection for entrepreneurs against competitors engaging in the same economic activities, nor does it guarantee that any business will be successful in its chosen activity. The bases of the market economy and, along with it, connected economic competition are freedom of entry to the market and equal rules governingmarket behaviour for all competitors.

Efforts on the part of business people to achieve the maximum profit for the minimum effort are reflected in an unusually wide range and variability of forms, from those which add value to those that are, in a specific situation or in a particular community, considered ndesirable.

For the legislature to punish unfair competition via the creation of special provisions would be an extremely difficult, even superhuman, task. The inventiveness of businesses means they will always find new approaches that, while not explicitly forbidden, are unfair or harmful for competition via various undesirable ways.

Any natural or legal persons involved in competition as competitors, even if they are not entrepreneurs, have the right to perform freely their competitive activities in order to achieve economic prosperity, and to associate to performthis work. On the other hand, however, these persons are required to follow legally binding rules on competition and not participate in market abuse.

Unfair competition, together with illegal practices restricting competition is considered to be market abuse by law.

Unlike the Act No. 136/2001 Coll. On Protection of Competition as amended, the state's role to ensure society's interest in the proper functioning of competition and providing protection against unfair competition is contained in provisions of § 44 et seq. of the Act No. 513/1991 Coll. Commercial Code as amended, which provides individual protection against undesirable market behaviour and is based on the principle of territoriality. This principle means that protection can be claimed only when the conditions for unfair competition are met in the territory of the Slovak Republic, respectively the effects of the unfair practices are demonstrated in the Slovak Republic.

The current legislation on unfair competitive practices in the Slovak Republic is based primarily on the principle that any unauthorised market use of independent labour, output, independent ideas, or funds invested is contrary to good manners. The Commercial Code specifically prohibits such unfair competition.

If an entity acts unfairly, it can be assumed that damage is caused to another entity. Due to constantly evolving competitive practices among competitors the need to take into account the position and role of the system protecting against unfair competition is now being consistently highlighted. Unfair competition negatively affects the functioning of the competitive process and has grown into a major societal problem.

Practices covered by the term unfair trade practices are not specifically defined in the current Slovak legislation. In the past, for instance, benefiting from the exploitation of a competitor's reputation was not considered as unfair conduct, but now it forms one of the elements of unfair competition. Conversely, practices related to direct comparisons of products under certain conditions have already become normal advertising practices, although until recently such practices were considered strictly unfair and undesirable.

Competitive practice which is contrary to the good manners of competition, respectively to the principles of fair trade practices, and also likely to cause harm to other competitors or consumers, is fundamentally unfair. To fulfil the conceptual character of unfair competition is therefore essential that a mutual competitive relationship exists between various competitors.

There is no doubt that if the unfairness of the competition derives from facts, it is the plaintiff's responsibility to explain the circumstances fully and provide important evidence. The court will decide whether the alleged conduct is a violation of competitive fair practices, whether it occurred in the course of competition, and whether the conduct is likely to cause harm to other competitors or consumers.

The regulation of unfair competition simultaneously anticipates certain basic types of unfair practices (such as deceptive advertising, deceptive description of goods and services, misrepresentation, benefiting from the exploitation of a competitor's reputation, bribery, defamation, breach of trade secrets, and endangerment of health and the environment), but still leaves a scope for the assessment of specific practices, and of whether those practices meet the general definition of unfair competition.

Due to constant changes in the business environment and in social and economic development it is appropriate to leave in place a wide-ranging definition of unfair competition, which guarantees the opportunity for affected parties to seek protection against different, currently unforeseen adverse unfair practices by competitors.

Persons whose rights have been or might be violated by unfair competition, according to current legislation, may claim protection of their rights in different ways. They might include people who have not participated in competition or persons who, while participating in competition, have their rights infringed by parties who are not competitors. Rights arising from unfair competition may in certain cases be claimed not only by subjects whose competitive rights have been violated or threatened but on their behalf by a legal person who is entitled to defend the interests of competitors or consumers.

Usually, in practice, only the legal means of protection contained in the Commercial Code are used, and the application and use of other legal instruments of protection guaranteed by the law order of the Slovak Republic are forgotten. The above mentioned procedure is seen as inadequate and is often unsuccessful in reaching the desired outcome, i.e. legal protection against unfair competition.

The Commercial Code allows a “harmed” entity to file a claim against the infringer, according to which the person in question may be required to cease and desist from infringing the plaintiff's rights if the conduct that is contrary to the law is continuing or is likely to be repeated; alternatively or along with this, the removal of the defective condition might be required.

In addition to these claims, a person affected by an unfair trade practice has the right to compensation, or to seek unjust enrichment in compliance with the general conditions for their implementation.

In addition, the court may grant the right to a “harmed” party to publish the judgement at expenses of the losing party. The purpose of granting the right to publish a judgment is not only to provide satisfaction and the opportunity to correct one's reputation. Publication has an impact on public opinion, and on consumers and competitors, and has, to some extent, a preventive and educational nature.

One of the main principles is that protection granted by the courts must be quick. If protection is not granted as soon as possible, the only result will be the emergence of further harm to the “harmed” party. The complainant, as the entity demonstrating an urgent interest in the desired resolution of conditions, may claim, either prior to the commencement of the trial or during its course, the granting of an interim easure. This measure temporarily adjusts, usually until a valid judgment is issued, the positions of the parties in the trial, which can lead to the avoidance of unwanted behaviour and further harm.

In the early 1990s the Slovak courts refused to issue interim measures in cases of unfair competition. Only later, after the Slovak Republic joined the European Union, judicial practicemade a change to reflect the perception of interim measures as an effective medium in this area.

A person whose rights are damaged or threatened by unfair competition may also invoke his rights by filing a criminal complaint when an infringer who is a natural person, respectively a natural person as a statutory body of a legal person, satisfies one of the characteristics of unlawful acts by unfair practice in accordance to the Act No. 300/2005 Coll. Criminal Code as amended (e.g. unfair commercial practices towards consumers, infringement of copyright). As the mutual concurrence of crimes and elements of unfair competition is not eliminated, in the case of the complex evidence and the burden of proof kidnapped by the plaintiff that the unfair competition actually took place, the evidence collected by law enforcement authorities can also facilitate and simplify the position of the plaintiff as a claimant in civil proceedings.

Similarly, the legislation in the Slovak Republic allows overlapping claims by the plaintiff, to claim protection against unfair competition and at the same time enforce intellectual property rights, which allows better efficiency in required remedies.

Despite these legal guarantees, meaningful use of the available means of protection against unfair competitive practices in the Slovak Republic, especially in the business area, remains unknown.

Related judgements of Slovak courts consist only of a few judicial decisions that are only marginally affected by treatment of unfair competition, especially in the overlapping claims of copyright legislation and protected domains.

The attention of market participants is unfortunately directed only towards seeking other ways of keeping the “fight” competitive so as to prevent unfair competition by competitors, thus creating space for tolerating a wide range of different and innovative unfair practices.

In view of the fact that the cases of the Court of Justice of the European Union tend to create space for greater protection of subjects against unfair competition and continue to extend the protection of the consumer in a way that would have been unlikely ten years ago, it is reasonable to assume that over time and also in the Slovak Republic the effective use of available legal means of protection against unfair practices will emerge.

This article is of an informative nature only.
For more information, go to www.ulclegal.com.