A WIDE variety of available products, seen as an asset for any market, is one of the major factors currently fuelling the drug market. The great number and diversity of available illegal substances is a growing challenge for drug enforcement policies in Europe, including Slovakia, while the use of heroin, one of the most devastating drugs, is on the decline. 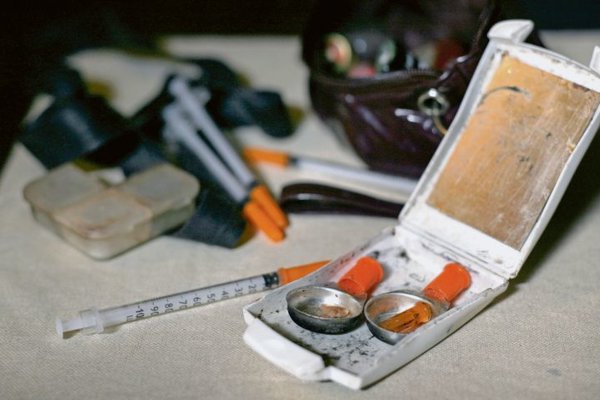 A WIDE variety of available products, seen as an asset for any market, is one of the major factors currently fuelling the drug market. The great number and diversity of available illegal substances is a growing challenge for drug enforcement policies in Europe, including Slovakia, while the use of heroin, one of the most devastating drugs, is on the decline.

“Europe is faced with an increasingly complex stimulant market, in which consumers are confronted with a wide variety of powders and pills,” the Lisbon-based EU drugs agency European Monitoring Centre for Drugs and Drug Addiction (EMCDDA) wrote in its Annual Report 2012: The State of the Drug Problem in Europe. The report, launched on November 15 in Lisbon and presented simultaneously in several European countries including Slovakia, warns of cocaine, ecstasy and amphetamines which “continue to be the main players on the stimulant scene”, but also of the emergence of synthetic drugs, including cathinones, one of the largest groups of new drugs being reported in Europe today.

Heroin, the drug of the past?

At the same time, EMCDDA reports heroin use is on the decline.

“We may now be moving into a new era in which heroin will play a less central role in Europe’s drug problem,” the 2012 Annual Report reads, adding that heroin-related problems continue, but at lower levels than previously, when heroin held centre stage in Europe’s drug scene.

Market indicators now suggest that heroin is becoming less available on the streets of Europe, according to the report. This trend is also visible in Slovakia, and carries with it various consequences, such as a decline in the number of heroin addicts in treatment programmes, a decline in the number of heroin overdoses, as well as a decline in the use of injected drugs, but also an increase in the use of synthetic opiates, said Imrich Šteliar, the director of the National Drug Monitoring Centre, during the presentation of the Annual Report.

In Slovakia, the biggest percentage of drug users say they are addicted to methamphetamines, mainly pervitin, while heroin addiction has fallen behind methamphetamine addiction, according to Ľubomír Okruhlica, the Health Ministry’s chief expert on medicine and drug addictions, who spoke at the presentation of the Annual Report 2012.

The decline in the availability of certain drugs, like heroin, coupled with Europe’s current economic situation, are factors that can influence users to seek new alternatives for lower prices, said Eoghan Quigley, the drug policy analyst from the EMCDDA.

“But another important factor is success achieved in supply reduction, where precursor chemicals critical to manufacturing some of the older drugs have been targeted, resulting in a [shift toward] making new substances,” Quigley said.

Drugs of the future

While heroin seems to be in decline, the use of stimulants in Slovakia, like pervitin and cocaine, is on the rise.

Pervitin, a common methamphetamine on the Slovak and Czech markets, continues to be the most problematic drug in Slovakia and has been for several years, ever since pervitin-addicted users requesting treatment began to outnumber those addicted to heroin, according to Šteliar.

“The risk of new synthetic drugs is exactly in line with trends in all of Europe: they are growing in number as well as variety,” Šteliar said, adding that their sale is also accompanied by very aggressive marketing, particularly on the internet. The main danger connected with the use of these new substances is the unknown content, which increases the risk of poisoning.

These new drugs are, however, rarely attractive to experienced heroin users, so there is no direct connection between the decline of heroin use and the increase of new substances on the market.

“A lot of outpatients, once addicted to heroin, would switch to pervitin if they returned to drugs,” said Health Ministry’s Okruhlica, adding that a transition from heroin to cocaine has been noted in western European countries.

“They are switching from opiates to synthetic drugs, which from the viewpoint of health is better, because the [users of synthetic drugs] inject less than opiate users, and there is a lower rate of direct mortality,” Okruhlica explained.

The new drugs, sold online and in Crazy Shops, are more attractive to young people and experimenters than to long-term problematic drug users, Šteliar noted.

Crazy Shops was a chain of stores that emerged in Bratislava and elsewhere in Slovakia, selling drugs that were not listed as illegal. The shops were closed down in 2011 after parliament banned 43 substances that were being sold in the shops as ‘souvenirs’.

Every year, around 2,000 people seek treatment for their addiction to psychoactive substances (excluding alcohol) in Slovakia and the number is relatively stable in year-on-year comparisons, Okruhlica said.

“We often had to deal with toxic psychosis rather than addictions,” Okruhlica noted regarding the spread of new synthetic drugs, and explained that with these new substances psychosis also occurs in people who are not addicted to drugs.

Treatment is generally available in Slovakia, without long waiting times, and it is of relatively good quality, according to Okruhlica, adding that in many respects the situation in Slovakia is very good compared to some other European countries. For instance the prevalence of tuberculosis among drug users is rare in Slovakia. Also, Slovakia is among the countries with the lowest rate of HIV infections among drug users.

What remains a problem, however, are hepatitis C infections, numbering around 1,000 among Slovakia’s drug users, Okruhlica said. The problem is exacerbated by the fact that the illness has a long latent period between the actual infection and the outbreak of severe symptoms.

“That means the [patients] don’t feel any problems and they don’t want to enter treatment,”
Okruhlica explained, adding that in this area mortality can be expected to rise.

The drug scene is however not limited to those users who are requesting treatment, Miroslav Jablonický from the Government Office’s department for a national anti-drug strategy noted, adding that “out there” in the streets, the situation is worse than some six years ago when about 12 NGOs were working with drug users, compared to today’s five.

“We used to be represented from Bratislava to Košice,” Jablonický said. “Now we have two organisations in Bratislava, but they are not only focusing on drug users any more.”