BEATING, rape, verbal threats: none of these acts are imagined to be part of an intimate relationship, yet they are among the common forms of gender-based violence occurring mostly behind the closed doors of people’s homes. Domestic violence might seem to be a rare problem, as it is seldom discussed in public. In reality, however, statistics show that it is not an infrequent occurrence. In Slovakia, NGOs dealing with the rights of women claim half a million women suffer from violence from their intimate partners. 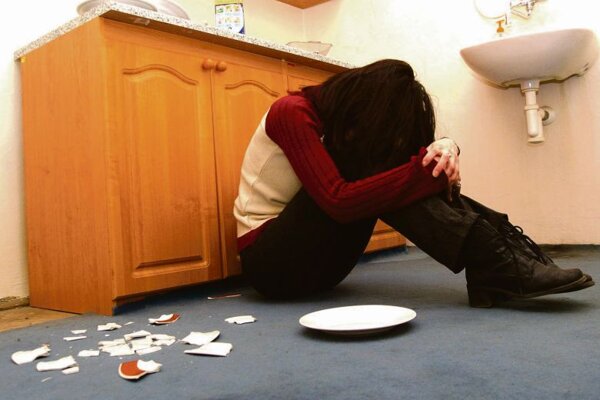 BEATING, rape, verbal threats: none of these acts are imagined to be part of an intimate relationship, yet they are among the common forms of gender-based violence occurring mostly behind the closed doors of people’s homes. Domestic violence might seem to be a rare problem, as it is seldom discussed in public. In reality, however, statistics show that it is not an infrequent occurrence. In Slovakia, NGOs dealing with the rights of women claim half a million women suffer from violence from their intimate partners.

Violence against women is “any act of gender-based violence that results in, or is likely to result in, physical, sexual or psychological harm or suffering to women, including threats of such acts, coercion or arbitrary deprivation of liberty, whether occurring in public or in private life”, the United Nations stated in the Declaration on the Elimination of Violence Against Women in 1993.

Forms of gender-based violence include, but are not limited to, domestic violence, sexual abuse, rape, sexual harassment, trafficking in women, forced prostitution and harmful practices.

It is estimated that one in three women throughout the world will suffer some form of gender-based violence in their lifetimes, the Center for Women’s Global Leadership at Rutgers University writes on its website.

To fight all forms of violence, the Center started a campaign, which took place for the 22nd time this year and has grown into a global event. At the turn of November and December, thousands of organisations across the globe are demanding an end to violence in their communities as part of the 2012 16 Days of Activism Against Gender Violence Campaign.

They called on the Slovak government to “act responsibly against gender-based violence, protect women and their children from such violence and actively prevent it”.

Almost 70 percent of all these women live with at least one child, according to the statistics provided by NGOs for women’s rights.

Despite the alarming numbers, many gender-based violence victims are unable to find a sympathetic ear in their communities and even more of them do not have access to protection and specialised help, according to the Fenestra organisation, which supports the 16 Days campaign in Slovakia.

“The situation with regard to protection, help and support for women experiencing violence has followed a negative trend from our point of view,” Fenestra wrote.

The lack of specialised help and protection for victims of gender-based violence in Slovakia has less to do with the legislative framework than the implementation of already existing laws.

Additionally, Slovakia does not satisfy the international recommendations of the Council of Europe that require every country to have at least one national specialised crisis phone line for women experiencing violence, operating 24 hours a day and seven days a week (there is no such line operating in Slovakia), and at least one specialised advisory centre per 50,000 women (there should be 54 in Slovakia, but in reality there are five).

The Foreign Ministry, in charge of the human rights agenda, did not respond to questions from The Slovak Spectator related to expanding these services in the near future.

“Based on the minimum standards of the Council of Europe and the exact definitions of the types of services and the principles they should be working on, we must state that the situation in our country is alarming and requires the proper attention of the government’s representatives, not only on the formal, declarative level, but mainly through the realisation of specific and responsible steps that would significantly improve the situation of women and children experiencing violence,” Fenestra wrote.

Women’s rights activists also called on the government to take steps that would lead to the implementation of the Council of Europe’s Convention on Preventing and Combating Violence Against Women and Domestic Violence (Istanbul Convention), which the Slovak Republic signed in May 2011 along with 22 other governments. Only Turkey has ratified the convention so far.

The 16 Days campaign begins on the International Day for the Elimination of Violence Against Women (November 25) and ends on International Human Rights Day (December 10), to emphasise that such violence is a violation of human rights.

The campaign organisers use the human-rights based approach to stress that “violence against women is perhaps the most shameful human rights violation”, quoting former UN Secretary General Kofi Annan.

In Slovakia, the campaign is endorsed and supported financially by the Government Office as part of the Support and Protection of Human Rights and Freedoms programme, and by the embassies of the United States and the Netherlands.

It takes the form of various pictures, videos and texts disseminated through the internet to the Slovak public mainly through social networks, but the main activities include public demonstrations in seven Slovak towns and an art competition entitled ‘Violence on women is not in – let’s act!’, with categories for photography, posters and text, witha deadline of December 15.

The organisers of the campaign will distribute awards for engaging in the fight against gender-based violence on February 14, 2013.