SLOVAKIA’S excess carbon dioxide emissions quotas might end up in the hands of Spain or Austria, the government declared after its session held on November 28. It will be the first sale of excess emissions quotas after the murky exchange with the Interblue Group back in 2008. 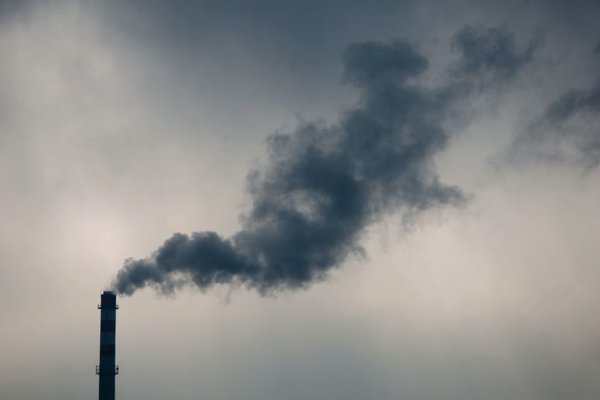 SLOVAKIA’S excess carbon dioxide emissions quotas might end up in the hands of Spain or Austria, the government declared after its session held on November 28. It will be the first sale of excess emissions quotas after the murky exchange with the Interblue Group back in 2008.

“At the moment we are discussing [the sale] with two governments, [and] we will try to negotiate the best terms for Slovakia,” said Environment Minister Peter Žiga, as quoted by the TASR newswire.

The government is considering two possibilities: to either sell all 27 million tonnes of excess CO2 quotas to Spain, or to divide the quotas between Spain and Austria in the ratio 22:5. Žiga added that negotiations with Spain are further advanced and that the country really wants to buy excess quotas. The only question is whether it wants to buy them from Slovakia.

The sale should happen by the end of the year.

However, the environment minister did not want to reveal the price for one tonne of emissions, saying that it is part of a business secret.

“Its revelation might mar the trade preparations,” spokesperson for the Environment Ministry Maroš Stano told the Sme daily.

This claim was considered dubious by lawyers approached by Sme, who said that the principle of business secrets does not apply to the trading of state property.

The only information Žiga revealed was that the final price for the emissions might be lower than the last time, when Slovakia received over €50 million for selling 10 million tonnes. The reason is that the market price is currently around €1 per tonne. Moreover, the final price can also be affected by the UN summit over the continuation of the Kyoto Protocol and further sale of AAU (assigned amount units) emission quotas.

“There is a big supposition that the prices will be close to zero,” Žiga said, as quoted by the SITA newswire.

Perhaps the most notorious scandal that occurred in connection with the trade of emissions, which attracted international attention, was the sale of excess carbon dioxide emissions quotas to Interblue Group back in 2008. The company bought quotas for 15 million tonnes of emissions at a then-bargain price of €5.05 per tonne. The emissions quotas ended up in the hands of Japanese companies, which bought them for about €8 per tonne, TASR reported.

Both Slovak media and then opposition politicians first expressed doubts about the price and the buyer since almost nothing was known about the company’s management, ownership structure or beneficiaries. It was registered in Washington state in the US in June 2008, shortly before the purchase of the quotas, the Trend weekly reported back in 2008. It later ceased to exist and morphed into Interblue Group Europe, registered in Switzerland.

There were suspicions that the company had links to the then ruling coalition, specifically to the Slovak National Party (SNS), which at that time of the sale controlled the Environment Ministry.
The case resulted in the recall of three SNS ministers and the ministry falling under the control of Smer nominee Jozef Medveď.

By then the media were speculating that Slovakia might have lost over €120 million on the sale to Interblue Group, as the sales price, calculated from the available documents, appeared to have been less than €5 per tonne, while Slovakia’s neighbour Hungary was known to have sold its own excess quotas for more than €12 per tonne during the same time period, in October 2008.

Later, the Environment Ministry unexpectedly decided to reveal what was omitted from the first version of the published contract and the two addendums signed later, in December 2008 and February 2009, that bound Slovakia to spend the proceeds of the sale on green projects – and which gave Interblue Group the authority to decide what constitutes a green project. If Slovakia had agreed to abide by these terms, an additional sum of €1 per tonne would have in theory been paid by Interblue for the first 15 million tonnes of quotas.

Although Slovakia attempted to obtain the money, the move was stopped in December 2010 when then environment minister József Nagy said “we don’t see any chance of the money being paid”, TASR wrote.