US WAR photographer Robert King recently visited Slovakia and gave a lecture on November 7 at the OPEN gallery. King showed both photographs and a documentary video shot in war-torn Syria, and offered his ideas and thoughts on a conflict which he believes is being largely ignored by world powers and the media. Later, in an interview for The Slovak Spectator, he also gave his prediction for the future of photojournalism. 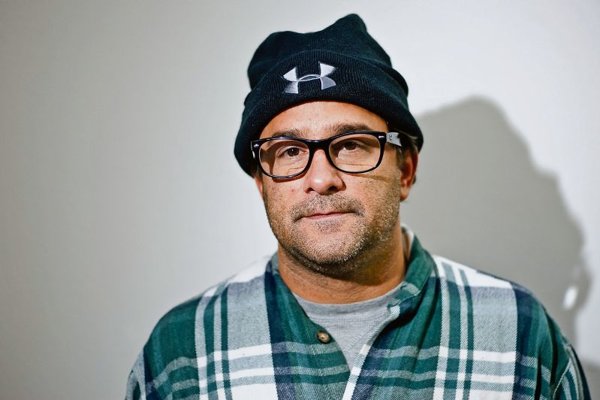 US WAR photographer Robert King recently visited Slovakia and gave a lecture on November 7 at the OPEN gallery. King showed both photographs and a documentary video shot in war-torn Syria, and offered his ideas and thoughts on a conflict which he believes is being largely ignored by world powers and the media. Later, in an interview for The Slovak Spectator, he also gave his prediction for the future of photojournalism.

“First, the Free Syrian Army [the insurgents’ army] does not have any sovereign territory,” King said at the beginning of the discussion, “and second, the conflict is too one-sided, with one side having all the weapons and the other being almost unarmed except for some rifles and a few arms trickling down from Libya”.

King then mused on how difficult it is to cover wars and conflicts in an era when advertisers openly refuse to have their advertisements placed next to a story on Syria, and when most coverage takes place on the internet. The income from the internet, however, can hardly cover all the costs of travelling, taking photographs or shooting videos in a foreign, war-ravaged country. After several established journalists were killed in Syria and Libya, the media withdrew from the region and now rely mostly on reports from Twitter, YouTube and Facebook, and then put a little disclaimer underneath saying “We cannot verify this footage”.

“I feel that it is important to have a presence there, but it is almost impossible to find outlets that are willing to allocate resources for such a boarding,” he said.

King went to Syria three times in less than a year and a fourth trip to the region was planned several weeks after the lecture. He told the audience that he had found an outlet, and that his videos from Syria (called Ground Zero), often from hospitals, are placed on www.vice.com next to fashion ads and lifestyle articles. He also commented that instead of big, renowned newswires or media outlets, in the future it might be smaller, commercial but open enterprises with younger audiences that will be able and willing to send journalists to areas of conflict and publish their work. “They [Vice magazine] gave me 20 pages in the November issue, which is all focused on Syria,” King explained, “while throughout my career, I was lucky if I got eight pages.”

Asked about the development in war photography over his 20 year career, King answered that he now tries, more than ever, to avoid ‘stylisation’ of the pictures. However, sometimes the photographer might play with the composition or the framing, wishing to lead the viewer’s eye to a certain thing, which could perhaps be considered manipulation. “But my job is to try to illustrate what’s going on on the ground, although at the same time you have to get the attention of the viewer.”

The US photographer opined that no major networks are willing to give space or time to certain conflicts, “and then it’s hard to inform readers so that they can make informed decisions when the time arises”.

“Now you are left with the internet,” he concluded.

Asked about the role and future of media photography, he answered that in a time of amateur photographers, he sees the future in video. “We [the professionals] will have to organise ourselves and embrace the new technology,” he said. “Still images are quite boring on TV. And I think that once the internet and TV merge completely, it will allow independent image-makers, videographers and photographers to create their own news shows. And journalistic photography will remain only as frame-grabs from video.”