It has become a custom in Slovakia for each new cabinet to offer a different direction from the previous one, whereby after its arrival in power, it overhauls the Labour Code, the most significant legislation concerning employee-employer relations. The Robert Fico cabinet, which took over the driver’s seat after the March 2012 election, is no exception. It produced a revision, which it claims redresses the balance in relations between employees and employers. It believes this was significantly harmed to the detriment of employees by the previous cabinet of Iveta Radičová. The revision sailed smoothly through parliament on October 25, in which the ruling Smer party holds a majority. This means that the previous version of the Labour Code, valid since September 2011, will survive only until the end of 2012 as the revision is to become effective on January 1, 2013. 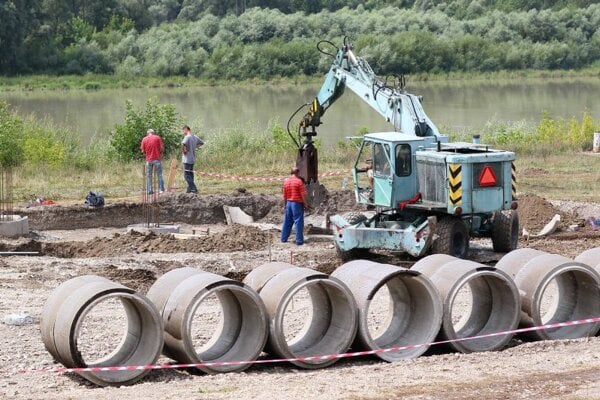 What impact will the Labour Code have on businesses? (Source: Tibor Somogyi)
Font size:A-|A+

It has become a custom in Slovakia for each new cabinet to offer a different direction from the previous one, whereby after its arrival in power, it overhauls the Labour Code, the most significant legislation concerning employee-employer relations. The Robert Fico cabinet, which took over the driver’s seat after the March 2012 election, is no exception. It produced a revision, which it claims redresses the balance in relations between employees and employers. It believes this was significantly harmed to the detriment of employees by the previous cabinet of Iveta Radičová. The revision sailed smoothly through parliament on October 25, in which the ruling Smer party holds a majority. This means that the previous version of the Labour Code, valid since September 2011, will survive only until the end of 2012 as the revision is to become effective on January 1, 2013.

“This revision secures … the setting of such equilibrium, which puts into balance rights as well as duties of the employer as well as the employees,” Labour Minister Ján Richter said, as quoted by the TASR newswire, after the revision was adopted. He added that Slovakia now had a modern and balanced Labour Code.

But employers and opposition MPs attacked the changes, saying they are the opposite of what Slovakia’s economy, currently affected by the economic crisis and suffering from high unemployment, needs. They argue that it will increase the costs of employment, slow creation of new jobs and reduce Slovakia’s growth prospects and competitiveness.

“It is bewildering that the government, carrying on its shoulders the burden of 398,000 jobless people, adopts such legislation, which makes solving this problem even more difficult and simultaneously endangers the jobs of thousands of other employees,” Martin Hošták, secretary of the National Union of Employers (RÚZ), told The Slovak Spectator.

Radovan Ďurana of the Institute of Economic and Social Studies (INESS), an economics think tank, said that Slovakia is afflicted not by a lack of protection for employees but by high unemployment.
“The changes in the Labour Code should protect employees, but they are not going onto the streets on strike due to draconian conditions at work,” Ďurana told The Slovak Spectator. “The problem of Slovakia is the more-than-13-percent jobless rate. The revision to the Labour Code closes the door on this group of people.”

INESS says that introduction of strict regulation of work contracts known as “na dohodu”, i.e. of agreements on performance of work, whose extent does not exceed 350 hours per year, along with introduction of payroll taxes on such contracts, will complicate most efforts by people with low incomes to earn some extra money. It argues that other measures in the new code, including a lower cap on fixed-term work contracts and the reintroduction of employees’ entitlement to a layoff notice period as well as severance pay, unjustifiably increases costs for employers and will thus prompt greater employee turnover.

On the other hand, the Confederation of Trade Unions (KOZ) regards adoption of the revision as the welcome fulfilment of a pre-election promise by the ruling Smer party – but also the result of an initiative by KOZ representatives.

“KOZ considers the adopted revision to be a more balanced code of work-legal relations between employer and employee than the previous one elaborated by [ex-]minister [Jozef] Mihál,” KOZ spokesperson Otto Ewiak told The Slovak Spectator. “It is at the level of the European work-legal standard.”

While KOZ perceives the reintroduction of entitlement to a layoff notice period as well as severance pay as being the most positive change adopted, think tanks and employers take the opposite view.

“It increases the costs of employers when ending jobs and motivates [them] to sack people earlier,” Peter Goliáš, director of INEKO, an economic think tank, told The Slovak Spectator.

Those opposed to the reintroduction of entitlement to a layoff notice period as well as severance pay, which was removed by a change to the Labour Code passed only last year, believe that this might result in higher turnover of workers.

Apart from the reintroduction of the entitlement to a layoff notice period as well as severance pay, the revised Labour Code shifts the status of people working under “na dohodu” work contracts closer to that of regular employees in terms of working hours and the minimum wage. It curbs the ‘chaining’ of fixed-term employment contracts, whereby it is currently possible to extend a fixed-term employment contract three times over three years. As of January 2013 it will be possible to do this only twice over a 24-month period.

The revision also changes the definition of dependent work (i.e. permanent employment). The objective of this redefinition is to specify which work should be carried out under a standard employment contract, thus providing the employee with full rights and protection, rather than via self-employment, for instance. The Labour Ministry believes that the current definition of dependent work enables employers to push their employees into less advantageous working contracts, including so-called false self-employment contracts, and has sought to simplify the definition to prevent employers from doing this.

Employers have also criticised the capping and limiting of fixed-term employment contracts and “na dohodu” work contracts, changes to the definition of dependent work, conditions placed on flexi-accounts requiring the agreement of trade unions, and the omission of the condition of ‘representativeness’ of trade unions in a company. Hošták explained that companies’ managements will not now know whether trade unions represent the interests of all employees or only a small group.

Until now unions have had to represent at least 30 percent of employees in any workplace.

Cancellation of this limit has pleased KOZ, which regarded it as unconstitutional.

Róbert Kičina, executive director of the Business Alliance of Slovakia (PAS), has also criticised the strengthening of the managerial role of trade unions, “which neither invest capital in the business nor bear responsibility towards shareholders, but in spite of this will be able to jointly decide, for example, on work norms”.

The Federation of Employers’ Associations (AZZZ) perceives the adopted changes as another burden which does not reflect the requirements of employers, the current state of the business environment, developments in the eurozone or the global economy, or the consolidation of the public finances, all of which will significantly affect businesspeople and employers in particular.

PAS does regard the increased flexibility of flexi-accounts, i.e. working-time accounts, as a positive move, one which, according to Kičina, will help employers better handle unpredictable swings in production. It also commends easier terms for removing workers who do not perform their duties, as well as the amended calculation method for imposing fines on employees who fail to observe notice periods.

KOZ expressed overall satisfaction with the new code and Ewiak listed among other positive changes, apart from the entitlement to a layoff notice period as well as severance pay, capping fixed-term contracts as well as granting those working under “na dohodu” contracts the same protection, except for holiday entitlement, as other employees.

According to employers, companies have already reacted to the changes and already started layoffs.
“Many companies, because of the increased costs, have started preventively laying off people already this year,” said Hošták. “It [the revision] will have a really negative impact on the situation on the labour market, which is already [in a] bad [state].”

Luboš Sirota, head of recruitment firm Trenkwalder in Slovakia and vice-president of the National Association of Employers (RÚZ), believes that the revision will exacerbate worsening conditions for companies. He predicts that companies will lay off workers as early as this year to avoid increased costs due to the reintroduction of the entitlement to a layoff notice period and severance pay.

“We have [seen] several signals that this has already been happening in Slovakia and we do not regard the relatively high number of announced mass layoffs to be a coincidence,” said Sirota, as quoted by TASR, adding that Trenkwalder estimates conservatively that the revised Labour Code will mean a loss of 35,000 to 50,000 jobs.

Branislav Masár, executive director of the AZZZ, expects that employers will take a more cautious attitude to signing new employment contracts and that it will be more difficult to maintain existing contracts.

“All employers will feel the effects of the revision, but especially small and medium-sized entrepreneurs in sectors with low added value,” said Masár.

According to Kičina, those companies in marginal businesses and without financial reserves will feel the effect of the revised Labour Code in particular.

“I expect that companies that are not thriving now, have uncertain orders for 2013 and due to these reasons ponder reduction of their labour, will use the last months of 2012 for layoffs to avoid higher costs,” said Kičina.

But KOZ does not agree that the revision will reduce jobs, investment and competitiveness.
“Creation of new jobs as well as investments and competitiveness depends on a whole range of factors, including the abilities of employers,” said Ewiak. “Some employers are using the crisis as an excuse for manipulation of employees and easier layoffs.”

THE DISPUTED EFFECT ON JOBS

Supporters of the new code and those opposing it do not agree on the impact the Labour Code will have on employment.

Minister Richter reiterated that it is not the Labour Code but the crisis that has driven people out of work.

Kičina agrees that the crisis is the main reason, but wonders why the government does not adopt measures to help businesses.

“I absolutely agree that the crisis is the main reason,” Kičina told The Slovak Spectator. “I just don’t understand why the government makes the crisis even more difficult for businesspeople by a useless revision to the Labour Code instead of supporting businesspeople by solving real problems, for example enforceability of laws, corruption and excessive red tape.”

Ďurana of INESS disagrees with the opinion that it is the crisis which has led to joblessness.
“This statement recalls the situation in which a man tries to extinguish a house fire with petrol and afterwards claims that it was the fire which destroyed the house and not him,” Ďurana told The Slovak Spectator