The lingering economic crisis and the failure of Slovakia’s education system to adjust its study programmes to the needs of the labour market has been taking its toll on the ability of Slovak school-leavers to get jobs. The European Union (EU) has already launched a campaign aimed at dealing with high youth unemployment. Earlier this year the president of the European Commission, José Manuel Barroso, sent a letter to EU member countries that have a youth unemployment rate higher than 30 percent calling on their governments to start dealing with the problem, and offering assistance from EU structural funds.

By Alica Balaščíková and Ján Beracka, Special to the Spectator
External contributor 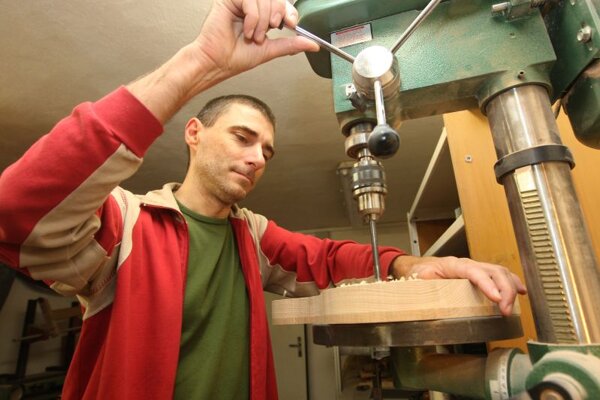 The lingering economic crisis and the failure of Slovakia’s education system to adjust its study programmes to the needs of the labour market has been taking its toll on the ability of Slovak school-leavers to get jobs. The European Union (EU) has already launched a campaign aimed at dealing with high youth unemployment. Earlier this year the president of the European Commission, José Manuel Barroso, sent a letter to EU member countries that have a youth unemployment rate higher than 30 percent calling on their governments to start dealing with the problem, and offering assistance from EU structural funds.

The youth jobless rate in Slovakia in the second quarter of 2012 stood at 31.6 percent, according to Eurostat. This number has stirred intense debate over the unemployment of young people, with professionals saying that it is important to count the right people when making the calculation.

When assessing the youth jobless rate, the statistics authority of the European Union, Eurostat, counts people older than 15 and younger than 24 who are not employed. Yet Michal Páleník, the director of the Employment Institute, a labour market think tank, points out that the Eurostat numbers also include young people who do not have a job because they are, in fact, students.

The rate among 15-24 year-olds who are not in education, employment or training (NEET), a calculation introduced by the European Commission, stood at around 21 percent last year in Slovakia. When using the NEET rate, Slovakia’s youth unemployment rate is about average for the European Union, according to Páleník.

THE PROBLEM AND THE CURE?

Eugen Jurzyca, a former education minister and now an analyst at the INEKO economic think tank, told The Slovak Spectator that the measures that would help unemployed young people are in fact those “measures that would support employment in general”.

“These include steps which would improve the business environment, for instance by shifting the emphasis from taxing labour to taxing consumption or real estate, as well as making the structure of the labour market more flexible,“ Jurzyca said.

Emil Machyna of the KOVO trade union organisation suggested at a conference organised by Friedrich-Ebert-Stiftung Foundation, Euractive and the Employment Institute in late October that one solution could be to shorten working hours, which he argued would create new jobs.

“We have the third highest work hours in Europe,” said Machyna, adding that various tactics exist to further stretch working hours, but that they do not create any new jobs.

He cited the Netherlands as a good example, noting that while the average wage there is €3,400 per month, the average working time is around 33 hours per week. Machyna argues that if working hours in Slovakia were shortened and overtime limited, some tens of thousands of jobs would be created.

In November, the Ministry of Labour, Social Affairs and Family launched programmes to support employment and create new jobs for applicants aged 29 and under.

“It is the widest programme for the employment of young people in recent years,” said Barbora Petrová of the press department of the Labour Ministry told The Slovak Spectator.

The youth employment programme was officially launched on November 12 and since then small, medium-sized and large companies as well as local and regional governments have been able to submit applications for contributions to support working places for young people up to 29 years of age. The criteria used to decide whether an employer gets a contribution are: the number of work places to be created; the wages it plans to pay; and the duration of the working contracts it plans to sign with prospective employees, the SITA newswire reported.

Labour Minister Ján Richter specified that promptness in submitting applications would also matter.
“We do not want to drag things out,” he said, as quoted by SITA. “I assume that the interest may be so [high] during the first weeks that we will decide very quickly and the individual projects will be launched.”

The ministry will distribute funds from the €70-million budget amongst regional labour offices based on the local unemployment rate. According to the scheme, employers can receive a contribution for the creation of one working place of between €434 and €522 per month, depending on their sphere of business. Private employers and local and regional governments can receive contributions for between six and 18 months, but have to maintain the job in question for a further six to 21 months, depending on the sphere of business. Contributions will be provided from November 2012 until September 2015.

If there is insufficient interest from young people in filling the jobs in question, they will be offered to applicants aged 50 and older.

In terms of other programmes to support youth employment that the ministry has supported in the past, Petrová mentioned a scheme to support internships and practical on-the-job training of graduates. By amending the law on employment services, the ministry wants to boost the effectiveness of this scheme by making sure that the graduates get practical on-the-job training in their specific fields of study.

In order to make the assistance more focused, the ministry proposes that the support will only apply to people under 25 who finished their full-time studies less than two years previously and have not yet secured their first paying job.

Earlier this year, Páleník said that the EC funds should not be used for things like paying for recent graduates’ practical on-the-job training, terming this “a waste of money that does not contribute to the long-term employability of graduates”.

He suggested in February that graduates should be hired on full-time employment contracts with the EC money being used as financial assistance to an employer who hires a new graduate without past work experience.

Meanwhile, parliament approved a new law on September 20 which, among other things, includes stricter conditions for the admission of students to secondary grammar schools – known to Slovaks as gymnasiums; these tend to be the most academic schools and are viewed as natural feeders into the university system – as well as new powers for Slovakia’s eight regional governments to decide on the number of first-grade classes that can be opened at such schools.

“The goal is to adjust professional education and preparation to the needs of the labour market, increase the number of graduates from secondary professional schools and increase the interest of elementary school students in studying at these schools, while supporting study in fields which are required by the labour market but currently have a low number of students,” Education Minister Dušan Čaplovič commented, as quoted by public broadcaster Slovak Radio on September 20.

Alica Balaščíková and Ján Beracka are students of the University of Economics in Bratislava.