Predictable and enforceable laws, an efficient highway connection between the eastern and western part of the country, flexible labour legislation and busting corruption are high on the wish lists of key businesses in Slovakia. Business leaders also say that higher participation of the business sector in training its specialists could help the Slovak labour market to maintain its competitiveness at the global level. Eek-Hee Lee, the CEO of Kia; Paolo Ruzzini, CEO of Slovenské Elektrárne; Pavol Varga, general manager at Dell Austria & Slovakia and Marek Senkovič, main economist of oil refinery Slovnaft, shared with The Slovak Spectator their views on the challenges the Slovak business environment faces. 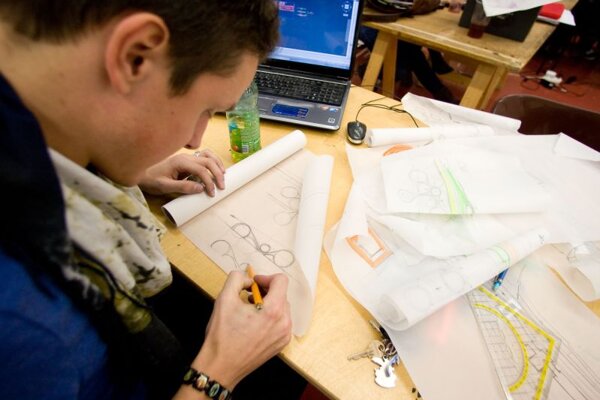 Predictable and enforceable laws, an efficient highway connection between the eastern and western part of the country, flexible labour legislation and busting corruption are high on the wish lists of key businesses in Slovakia. Business leaders also say that higher participation of the business sector in training its specialists could help the Slovak labour market to maintain its competitiveness at the global level. Eek-Hee Lee, the CEO of Kia; Paolo Ruzzini, CEO of Slovenské Elektrárne; Pavol Varga, general manager at Dell Austria & Slovakia and Marek Senkovič, main economist of oil refinery Slovnaft, shared with The Slovak Spectator their views on the challenges the Slovak business environment faces.

The Slovak Spectator (TSS): What are the most significant challenges that the Slovak business environment currently faces? What are the challenges that players in your business sector face?
Eek-Hee Lee (EHL): There are several issues that should be addressed in order to help Slovakia remain an attractive country for domestic and international companies. Every country should develop new investments to support their economy. Among the important issues to be solved is highway infrastructure: Slovakia has to build a highway connection to the Czech Republic and Poland and also to connect western Slovakia with the eastern part. It is hard to estimate further development in the automotive industry, because everything will depend on the actual situation on the market in particular countries. Some European countries recorded a huge drop in car sales while others were affected less. The situation is not very positive right now. The automotive industry is a highly competitive industrial branch, thus we make an effort to produce cars of the highest quality [and] to design new models and eco-friendly cars to remain competitive.

Paolo Ruzzini (PR): Being one of the most important investors in Slovakia, I can confirm that we see a transparent, stable, thus predictable and enforceable legal framework as key to ensuring a proper business environment in Slovakia.

Pavol Varga (PV): We see a continuously investment-wary environment. Customers are postponing their investment decisions or reducing them to a minimum.

Marek Senkovič (MS): The European branch of oil processing has been under long-term pressure, which practically no oil refinery has escaped. Due to the drop in demand for oil products, there is an excess of refinery capacities, which has already resulted in the crash and closedown of some companies. Long-term high prices of fuels, high energy prices and extremely strict European legislation from the point of view of labour safety, wage and social areas, as well as environmental protection, have had a negative impact on the market. This development benefits, for example, exporters from Asia who are able at negligible logistic costs to very effectively supply part of the European market. Slovnaft has been sensing all these unfavourable factors, as it exports roughly two-thirds of its production to central and western Europe.

TSS: What are, in your opinion, Slovakia’s competitive advantages in terms of attracting foreign capital? Have these advantages changed over the past couple of years and what are the areas where Slovakia needs to work to regain or strengthen these advantages?
EHL: Slovakia is located in the middle of Europe: its location is very convenient and companies can export their products all over it. The current tax rates are also favourable and Slovakia has a very good labour force; they are very responsible and open to learning new things. A big advantage is the fact that Slovakia is a member of the European Union and the eurozone, which helps foreign investors to do business in Europe. The attractiveness of Slovakia for investors might slightly drop with the corporate income tax increase from 19 percent to 23 percent as well as higher levies. Delay in highway construction is probably the major weakness of Slovakia.

PR: A well-educated labour force, a strong tradition in technical sectors and a network of qualified suppliers are among the country’s major advantages. These peculiarities, due to their nature, do not change or disappear quickly and are among the main reasons why we’ve decided to invest in Slovakia. Our investments can ensure a certain level of employment and development in the country also within the current, challenging economic scenario.

PV: We still have skilled labour at good costs, a favourable tax regime and good infrastructure in the western part of the country. However, comparable countries are catching up. Countries further east in Europe have seen their currencies depreciate against the euro, which makes them more competitive. Making the east of Slovakia more accessible to investment has been our unsettled debt for years.

MS: Investors tend to list a low tax burden and a flexible Labour Code, which makes it possible to respond to developments on the market, as the greatest advantages for business. Despite the fact that Slovakia has fulfilled these criteria ([and] moreover it has adopted the euro, which is yet another stabilising factor from the perspective of foreign firms), over the past years the country has not managed to attract any of the large investors in the same category as Samsung or Kia. The reason was the crisis, which reduced the investment activities of large firms in general, as well as the fact that Slovakia is saturated by similar projects. The limiting factor for these firms is the lack of developed infrastructure, and perhaps the composition of labour in particular regions also plays its role. However, attention should not be focused only on the new investment activities of foreign players, but also investments by domestic firms in the preservation and modernisation of production, which means firms that will run business here over the long term.

TSS: What would you define as the main problems and pressure points in the labour market today, and what legislative changes would in your opinion help?
EHL: We try to cooperate with technical high schools to educate future specialists in the engineering industry and car production. We feel there is a lack of qualified graduates in several specialisations such as maintenance, quality control, and so on. It is a result of an ineffective educational scholar system. Therefore the schools should educate students in required areas, otherwise their knowledge and skills will be useless. The actual situation in Slovakia is critical.

PR: In this day and age, the major challenge for any labour market is to maintain its competitiveness in the global market. For this purpose, higher participation of the business sector in training its specialists should be promoted. This is why Slovenské Elektrárne is helping to raise new engineers through cooperation with Slovak technical universities, or motivate talented students with scholarships, offering them internships, like Aurel Stodola Awards for the best bachelor, diploma and PhD thesis on energy-related topics and so on.

PV: Total costs of employment are high. In spite of talking for years about reducing them, nothing significant has been done. We have no significant sector of mid-size companies. This business would employ lots of people and also export its production. For example, Germany, Austria, the Czech Republic and Poland built their economies on this and they are more competitive during the crisis. Another problematic topic is busting corruption. Reducing corruption has been ignored for a long time.

MS: In many EU countries we witness that governments are adopting legislation intended to protect the employees. While the idea is good, the practice sometimes shows that excessively strong pressure on businesses in the area of labour legislation tends to worsen the situation. When firms face big complications to reduce the number of their employees or lower their wages, for example in times of production reduction or crisis, then they are afraid to hire new people. Then in these situations the average unemployment rate in the countries is higher than it would have been if the hiring and firing of employees were more flexible. The protection of employees who reached their pension age is a very similar issue. Then for the firms it is complicated to hire young graduates, who then will have difficulties to develop working habits. I think the state’s influence should focus on controlling whether employees work in a safe environment and whether human rights are not violated. It is obvious that the problem of unemployment can be solved in the long term only by a competitive sector and not the state.

TSS: Which legislative changes introduced by the government of Robert Fico [or those which the government plans to introduce] will in your opinion impact the business environment as well as your operation?
EHL: The corporate income tax may be increased from 19 percent to 23 percent and employees with higher income will have higher levies as well. We think higher taxes can have an impact on car sales. Kia Motors Slovakia does not sell cars directly to customers so it is difficult for us to estimate how the customers will react to this.

PR: Slovenské Elektrárne is strong enough to withstand challenges as well as deliver results against difficult scenarios. Thanks to several projects implemented to enhance efficiency and effectiveness across the entire company, Slovenské Elektrárne has created a properly functioning, strong business model since its privatisation in 2006.

PV: Any changes to the environment that make investment decisions less reversible (i.e. labour market inflexibilities) will make companies less likely to invest. On the other hand, there is great opportunity with EU funds allocated for Slovakia, for both the state and private sectors. In the current situation the government has a great opportunity to help businesses and institutions get access to those funds.

MS: Naturally, changes to tax and payroll tax rules, changes to the Labour Code and some other planned changes will have an impact on the business sector. We appreciate that the government has a real interest in reducing the deficit of public finances because the low indebtedness of the state will bring benefits to businesses and their employees, after all. I believe that the current modifications of taxes and levies and the Labour Code are only for a short unavoidable time period and in the future the important parametres will return to the original level.