Investment aid is one of the tools Slovakia uses to attract potential foreign investors. In return for various advantages, including tax relief for certain years or a financial subsidy for initial investments, investors often promise to help regions suffering from high unemployment rates. 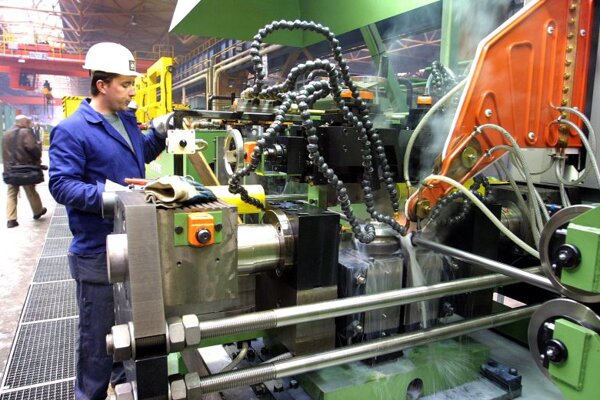 Investment aid is one of the tools Slovakia uses to attract potential foreign investors. In return for various advantages, including tax relief for certain years or a financial subsidy for initial investments, investors often promise to help regions suffering from high unemployment rates.

Yet, while its supporters claim that investment incentives are beneficial for the Slovak economy, its critics say that they only give advantages to selected companies, harm local firms, and deform the business environment. Moreover, the recent decision of the government to allocate more than €121 million for 10 firms planning to invest €388 million has raised criticism over allocating the money at a time when the public finances are being consolidated.

“The investment aid is a tool to support new investment, secure, but mostly create, new job opportunities at the places where Slovakia, regarding the high unemployment rate, needs it,” Stanislav Jurikovič, spokesperson for the Economy Ministry, told The Slovak Spectator.

Jurikovič stressed that, at the moment, every application for state aid is checked strictly, since the state needs to consolidate public finances.

Despite the outlined advantages of state aid, not everybody believes that it will benefit the Slovak economy. Martin Vlachynský, analyst with the Institute of Economic and Social Studies (INESS), a think tank, considers the allocation of money to a select few companies at a time when the state wants to decrease the budget deficit “a very unreasonable step”.

He explains that the government wants to collect up to €50 million through imposing new taxes for the self-employed even though this might endanger their activities. Moreover, it is trying to act like a businessman who decides which investments will go forward and which will not, he said.

“A better long-term alternative is to create good conditions for all economic subjects, i.e. a healthy business environment with low taxes, simple administration and an effective justice system,” he told The Slovak Spectator.

Jurikovič explained that every company provided with state aid must guarantee that it will either create or secure existing jobs in the medium-term and report a certain return on the money.

Moreover, if a mother company wants to expand its production, it is more likely that Slovakia will receive investment if the subsidiary is located in one of its regions. Yet, if other states offer better conditions based on their stimuli policy, the operation of and the jobs in the Slovak plant might be endangered, Jurikovič said.

He calls it “a fight for investment” since every such subsidy does not only create new jobs at the existing plant, but has a multiple effect which means that there is also enough work for the investor’s suppliers of goods and services.

However, Vlachynský said that another problem is that the beneficiary companies will not pay back the money in the form of taxes. Instead, the cost will be met by other taxpayers, for example self-employed people or temporary employees. Moreover, he stressed that if a company is not able to pay for an investment from its own future revenues then it is not really a rational investment at all.

“No investment stimulus really creates jobs,” Vlachynský told The Slovak Spectator. “Slovakia has 400,000 jobless people who will not find a job thanks to the incentives, but only thanks to a healthy business environment in which people [are motivated] to develop their business activities.”

In return for the money, the firms have promised to invest over €388 million and create more than 2,400 new jobs in total, the SITA newswire reported. The only exceptions are Mondi SCP and Samsung Electronics, which have agreed with the Economy Ministry to secure 766 and 760 jobs respectively for six years, but have not undertaken to create any new positions.

The Economy Ministry faced criticism for asking for the money at the same time that the government is trying to cut the budget deficit. This problem was partly solved by a proposal by Finance Minister Peter Kažimír to postpone most of the aid for more than a year.

The only company that will be able to access any of the current aid package in 2013 is Samsung Electronics. Even this benefit will be limited to tax relief of €980,000, compared to the original Economy Ministry’s proposal of €2.5 million. In the following year the tax relief will increase to €8.92 million, and in 2015 to €9.9 million, SITA wrote. The conditions applied to the aid for Mondi SCP will also change. Ministers agreed that the paper mill will get tax relief of €6 million, but only in 2014.

Though the agreement to provide investment incentives is positive in terms of the latest tax prognoses, the government should consider not providing the companies with any stimuli at all, argues Tomáš Púchly, an analyst with the F. A. Hayek Foundation.

“The dangerous precedent is the fact that [companies are using] investment stimuli to secure [existing] jobs,” he told The Slovak Spectator.

Also Ivan Štefanec, MP for the opposition Slovak Democratic and Christian Union (SDKÚ), criticised providing the companies which only secure existing jobs with state aid, calling it “a precedent which does not have any parallel in Slovakia”.

“I assume that for business-making it is important to focus on conditions of business, especially on stability and simplicity of legislation, tax and payroll tax burden and decrease in red tape,” Štefanec told The Slovak Spectator.

Previous economy minister Juraj Miškov, together with former state secretary of the Economy Ministry Martin Chren, both from the Freedom and Solidarity (SaS) party, have prepared an amendment to the current valid law on investment aid to “adjust some parametres of providing the investment stimuli”, reads the comment to the draft.

“Our proposal would limit the provision of investment subsidies to the least developed regions of Slovakia,” Chren told The Slovak Spectator.

On the other hand, firms that promise to create more than 50 new jobs in the region where the jobless rate exceeds 150 percent of the national average will be entitled to automatic tax holidays, Chren added.

“This should motivate businesses to help the whole country to grow,” he stressed, adding that the new rules will also “increase the transparency of the investment aid project”.

Yet, it was the previous government which came up with the proposal to allocate €28 million in the form of tax relief for Samsung Electronics in return for securing 950 existing jobs and investing the money into modernising production.

However, a decision over whether to grant the aid was postponed by the then prime minister Iveta Radičová, who said that Samsung’s request did not comply with the criteria for such aid since Slovak and EU regulations allow such assistance to be provided only if it is designed to create jobs or is provided to regions with high unemployment, TASR wrote on February 23, 2012.

The fact is that the unemployment rate in the Galanta district, where Samsung’s Slovak operations are based, is not among the highest in Slovakia. In July 2012 the unemployment rate in the area stood at 6.51 percent, according to official data from the Centre of Labour, Social Affairs and Family. By contrast Rimavská Sobota, in southern Slovakia, reported 33.59-percent joblessness in the same month.

The current ruling government proposed a different type of state aid. Malatinský suggested giving the firm €19.8 million. In return, Samsung has promised to secure 760 jobs over the next five years, 190 jobs less than it had originally agreed to safeguard.

Moreover, the company will invest €70 million in modernisation, instead of the €90 million originally planned.

When asked about the reason why they have now changed their opinion over help for firms that only want to secure jobs, Chren restated that at that time the situation was different. Samsung had decided to quit one production facility in Slovakia, but came with the proposal to bring a brand new, technically developed investment, he said.

“So, in fact, despite the [fact that the] total number of jobs would not change, this was a new investment creating new jobs, replacing those to be lost,” Chren explained, adding that the state was not prepared to provide Samsung with any cash investment aid.

“The government of Robert Fico, however, has strongly shifted the paradigm of investment aid, promising tax deductions to a very successful company which is not opening any new production facilities and is only making an investment that it would make anyway, even without the subsidy,” he added.

Opposition politicians are not the only ones who are preparing changes to the law on investment aid.
The Economy Ministry also wants to prepare measures that will “clearly and transparently set the rules of providing [the companies with] investment aid” and which will “be stricter and will stress the time of drawing [the money] and mainly the creation of new jobs”, Jurikovič told The Slovak Spectator.