AS EXPECTED, the Slovak parliament, dominated by Prime Minister Robert Fico’s Smer party, has approved changes to the tax system that will cancel the flat tax and raise income tax rates on companies, politicians, and those with higher earnings, to get extra money for the state’s depleted coffers. Only time will tell whether the government’s plan to increase revenues will meet expectations, but reactions from the business community indicate that Slovakia is losing one of its key symbols as a progressive economy, as the flat tax was considered one of Slovakia’s biggest strengths in the eyes of foreign investors. 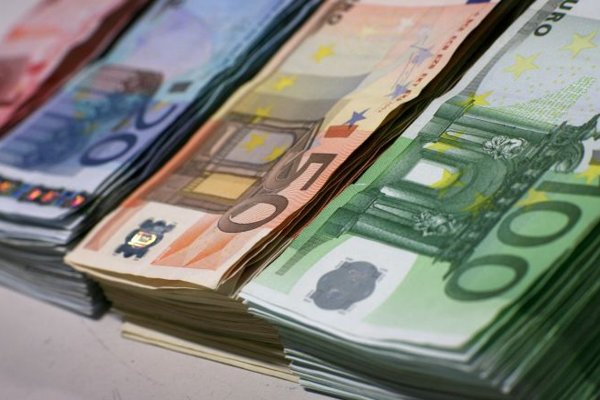 AS EXPECTED, the Slovak parliament, dominated by Prime Minister Robert Fico’s Smer party, has approved changes to the tax system that will cancel the flat tax and raise income tax rates on companies, politicians, and those with higher earnings, to get extra money for the state’s depleted coffers. Only time will tell whether the government’s plan to increase revenues will meet expectations, but reactions from the business community indicate that Slovakia is losing one of its key symbols as a progressive economy, as the flat tax was considered one of Slovakia’s biggest strengths in the eyes of foreign investors.

“We have minimal possibilities to act otherwise,” Finance Minister and Smer member Peter Kažimír said at the end of a three-day parliamentary discussion on the draft revision to the law on income taxes on December 4, referring to the promise of the Fico government not to raise value added tax, currently at 20 percent.

The revision, after President Ivan Gašparovič signs it into law, will become effective as of January 1, 2013, and taxpayers will pay corporate income and personal income tax at a flat rate of 19 percent for the last time on their 2012 incomes. In parliament 80 out of 141 deputies present voted for the revision, while 60 were against and one abstained from voting.

The revision increases corporate tax to 23 percent. The current 19-percent tax rate will continue to apply to personal income tax up to a tax base of 176.8 times the current subsistence level; incomes above this tax base will be taxed at a rate of 25 percent.

“We believe that we have the right to expect from those earning €3,300 or more per month to contribute to the consolidation of public finances by paying higher income tax,” said Prime Minister Robert Fico, as quoted by the TASR newswire.

Selected constitutional officials like members of parliament, ministers and the president will pay a special additional income tax of 5 percent. The new legislation also limits the current 40-percent flat-rate deductible expense allowance for self-employed people to a maximum of €5,040 per year, or €420 per month.

The Institute of Economic and Social Studies (INESS), an economics think tank, perceives scrapping of the flat tax in two levels.

“On one hand this is a cancellation of the symbol of reforms from the previous decade and from this point of view it is a bad signal for potential investors,” Ján Dinga, analyst with INESS, told The Slovak Spectator, adding that he worst thing is that scrapping the flat tax means in our case raising taxes.

Dinga himself views the income tax increase as a bad signal.

"Even with poor infrastructure and a less effective public administration, a country like Slovakia can still attract investors with lower taxes," said Dinga. “Out of the neighbouring countries only Austria has a higher corporate tax, but it offers better conditions than Slovakia. Thus, raising the income tax is decisively a bad signal; for example Romania and Bulgaria have kept the flat tax at 16 and 10 percent, respectively.”

According to INESS, the higher corporate tax will increase the costs of companies operating in Slovakia, and in combination with a hike in compulsory contributions, may deter not only foreign investors but especially local ones.

The opposition has strongly opposed the elimination of the flat tax. The Slovak Democratic and Christian Union (SDKÚ), the Christian Democratic Movement (KDH) and Most-Híd opposition parties vow to re-introduce the flat tax rate if they win the next general election and form a government.

“I’m not overly convinced as to whether or not the president is well-versed in economics, but he should take advice here and not sign the flat tax amendment and send it back to parliament instead,” said Frešo, calling Smer’s move a “political gamble” enabling the grey economy to flourish on the back of the measure. “Tax collection will be lower, so they’ll keep increasing the rate.”

KDH chairman Ján Figeľ believes that not only well-to-do individuals and large companies will be affected, but also firms with profits of €1. This will trigger price increases and reductions in jobs, and “the price hikes will affect everybody”.

Freedom and Solidarity (SaS), which was in a coalition government with the three other parties between 2010 and 2011, was also discouraged by Smer’s move, with SaS chairman Richard Sulík claiming that the Slovak economy would suffer the consequences of a decision made by people lacking expertise on the issue.

According to Sulík, who as advisor to then finance minister Ivan Mikloš was the architect of the flat tax, Smer has done away with the crux of Slovakia’s tax system. It ensured the country a significant rise in tax collection and robust GDP and employment growth, earning Slovakia the moniker the Tatra Tiger in global financial circles.

The corporate sector shows its dissatisfaction

The corporate sector has criticised the elimination of the flat tax and raising of the corporate tax rate, predicting that these moves will discourage investors and even drive companies out of Slovakia. It believes that companies will be increasingly interested in tax optimisation and that the government will not be able to collect as much in tax revenue as it expects.

The Business Alliance of Slovakia (PAS) describes dropping the flat tax as a huge step backwards because it eliminates a key element that was considered one of the most important competitive advantages of Slovakia.

“Moreover, I’m convinced that cancellation of the flat tax will not fulfil the expectations of the government in terms of [collecting] revenue for public finances,” Róbert Kičina, executive director of PAS, told The Slovak Spectator, adding that the government’s insensitive handling of tax regulation will increase interest in tax optimisation.

The National Union of Employers (RÚZ) believes that scrapping the flat tax will damage Slovakia’s image in the eyes of foreign investors and it questions whether the expected increase in tax revenue will materialise.

“The development of tax revenue after the flat tax was introduced in 2004 confirmed unambiguously that the flat tax had a positive impact on public finances,” Martin Hošták, RÚZ secretary, told The Slovak Spectator. “Simply put, paying taxes paid off… I rather expect that gains will be below the Finance Ministry’s expectations.”

Kičina expects that as a consequence of the elevated corporate tax, Slovakia will lose its competitive edge in the fight for new investments in the region and businesspeople will invest their time and energy in tax optimisation, instead of their businesses. As a consequence the Slovak economy’s growth will slow, and it will take longer to combat unemployment and catch up with more developed countries in terms of standards of living.

The Federation of Employers’ Associations (AZZZ) sees cancelling the flat tax as the measure that will hit the Slovak business environment the hardest, as even Bulgaria and Romania, i.e. countries which are luring companies away from Slovakia, will have lower corporate tax rates.