For global business players it is often a matter of prestige to be based in green or eco-friendly buildings. This preference, in turn, puts pressure on developers to incorporate ‘green rules’ in their projects and adjust their standards to meet customers’ demands. Professionals note that this trend is now arriving in Slovakia and that, despite a delay, Slovaks too are realising that energy-efficient structures which are friendly to the environment might also be in their long-term financial interests. Nevertheless, observers note that the mindset of local consumers in Slovakia tends to act as a brake on the faster spread of green buildings. 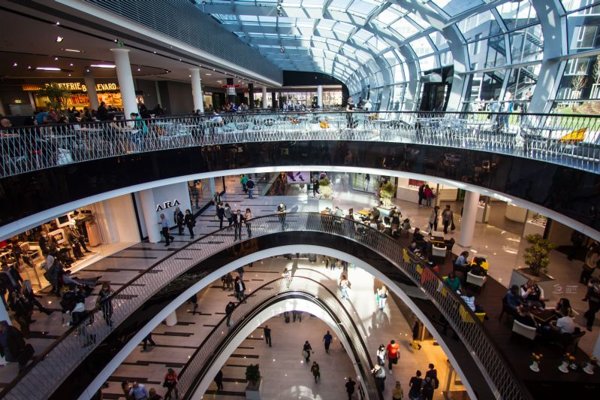 For global business players it is often a matter of prestige to be based in green or eco-friendly buildings. This preference, in turn, puts pressure on developers to incorporate ‘green rules’ in their projects and adjust their standards to meet customers’ demands. Professionals note that this trend is now arriving in Slovakia and that, despite a delay, Slovaks too are realising that energy-efficient structures which are friendly to the environment might also be in their long-term financial interests. Nevertheless, observers note that the mindset of local consumers in Slovakia tends to act as a brake on the faster spread of green buildings.

“Slovakia is reacting to the trend of constructing green buildings only after a significant delay,” Tomáš Guniš, executive director of the Slovak Council for Green Buildings (SKGBC), told The Slovak Spectator, adding that without even comparing Slovakia to the rest of Europe or the world, “in comparison with the Czech Republic, we already have a significant deficit in this area”.

Being green is a new trend which is only now finding its way into the minds of developers and builders, said Martin Malovec, an expert accredited in LEED certification. LEED consists of a rating system for design, construction and operation of green buildings – who works for global consulting company Colliers International.

However, observers warn that even if environmentally sustainable buildings are built they may not be counted as ‚‘green’ unless they are certified as such.

Malovec confirmed to The Slovak Spectator, that despite the delay, developers in Slovakia have started showing an interest in different types of certification for green buildings, for example LEED, BREEAM or DGNB.

“Several buildings which meet various criteria of sustainable or green construction to a certain extent have been built in Slovakia in recent years,” said Malovec. “But without them gaining a certificate it is difficult to monitor them.”

Malovec also notes that Slovakia might differ from elsewhere, mainly in terms of people’s mentality since “historically, Slovaks have not been accustomed to treating the environment in a friendly manner”.

Martin Kóňa, the spokesperson for the Ministry of Transport, Construction and Regional Development, says that he hopes the era when an investor’s main priority was to build something fast and cheap is over and that a growing number of investors and users are interested in the environmental impact of buildings.

But he concedes that Slovakia still has a long way to go.

“In Slovakia we do not have many buildings which can brag that they have a ‘green’ label,” Kóňa told The Slovak Spectator, adding that this is more of a challenge for the future than a current trend in construction.

According to Kóňa, approximately 10,000 energy performance certificates are being issued every year, a trend he describes as positive.

Energy performance certification is mandatory upon completion of a new building or a significant reconstruction, and during the sale of a building or its rental. It provides a means of rating individual buildings – whether they are residential, commercial or public – according to how efficient (or inefficient) they are in relation to the amount of energy needed to provide users with the expected degrees of comfort and functionality. During the certification process a building is rated according to its energy efficiency, from A, the best rating, to G, the worst.

Though Slovakia is some way behind other countries when it comes to green buildings, the latest developments indicate that it has not been left entirely behind in the current green construction boom.

The positives far outweigh the potential negatives of green buildings, even in financial terms, said Radovan Mihálek, leasing director for the BBC 1 Plus development of the firm CA Immo.

“Also for this reason, I expect that shortly the majority, if not all, the large investors or developers in Slovakia will construct certified green buildings, at least as far as administrative buildings are concerned,” Mihálek told The Slovak Spectator.

Samuel Sura, consultant for green buildings certification with the e-Dome company, also expects that the volume of green buildings built in the future will increase. Two years ago in the Czech Republic no one knew what a green building was, Sura told The Slovak Spectator, but now almost every new project is trying to obtain a green certificate. He expects this western trend to arrive in Slovakia after a two- or three-year delay.

However, Guniš notes that it is rather difficult to come up with a percentage for green buildings in Slovakia since they are still considered a somewhat rare exception.

There are three certified green buildings in Slovakia that have been completed or are nearing completion: AU Optronics in Trenčín, the Central shopping centre in Bratislava, and the BBC 1 Plus office building, also in Bratislava, Guniš said. He also notes that construction of the first part of the EcoPoint Office Center has just started in Košice.

EcoPoint has been awarded a Silver DGNB pre-certificate; construction, which it is estimated will cost €25 million, was launched at the end of October 2012, the TASR newswire reported.

A new law which should encourage the construction of green building will become effective in 2013.

The revision to the law on energy performance of buildings transposed the relevant EU directive in this sphere. According to the law, every new building which is owned by a public organisation or government organisation, or rents space to such organisations, should have its energy consumption as close as possible to zero as of 2019. After 2021 the law should extend to every new building built in Slovakia.

Guniš notes that energy efficiency is only one among various aspects of green buildings, but nonetheless a very important one.

“The adoption of this law prepares the ground well for responsible conduct in construction,” Guniš said, adding that, nevertheless, some players might view the law as an unnecessary dictate by the European Union, although “the standards, as defined by the previous legislation, were not sufficient any more”.

Kóňa is confident that the revision will, along with economic impacts, have a positive influence on the environment since improved energy efficiency will reduce CO2 emissions. According to Kóňa, buildings in Slovakia currently represent more than 40 percent of final energy consumption, something influenced not only by their construction but also by the amount of energy they consume for heating, cooling, air conditioning and lighting. Conditions in Slovakia mean most energy is consumed in heating, he added.

IS COST AN ISSUE?

The construction of a green building has different phases and specific points, and a structure becomes ‘officially’ green only after gaining a green certificate. The certificates used in Slovakia are LEED, BREEAM and DGNB, and the administrative cost of obtaining a certificate is not high.
However, what can make a difference is the initial cost of actually constructing a green building, according to experts.

However, Mihálek of CA Immo adds that recently the difference in costs between traditional and green buildings has fallen – to only 1 to 5 percent, he estimates – depending on the technologies used.

But professionals also say that money is not the only factor when making a building green. So-called green points can be gained, for example, if the company uses concrete from a local firm, so that the costs of the transportation are reduced and thus also CO2 emissions, Sura of e-Dome said.

From the point of view of an investor or developer, a certified green building has several advantages: for example, it is easier to raise money for the construction of such buildings, according to Sura, since banks are more willing to finance them. Also, the buildings have lower operating costs, so the investor is able to charge a higher rent or can, via a lower rent, more easily fill the buildings.