Over the last few years Slovakia has been catching up with its neighbours in the development of logistics premises and a number of modern logistics centres and warehouses have been built here. The current vacancy rate in Slovakia is low enough to encourage further and also speculative construction, i.e. building new premises without pre-lease contracts, among developers. On the other hand clients are becoming more demanding and competition is growing, creating a challenge for developers and distribution space providers. 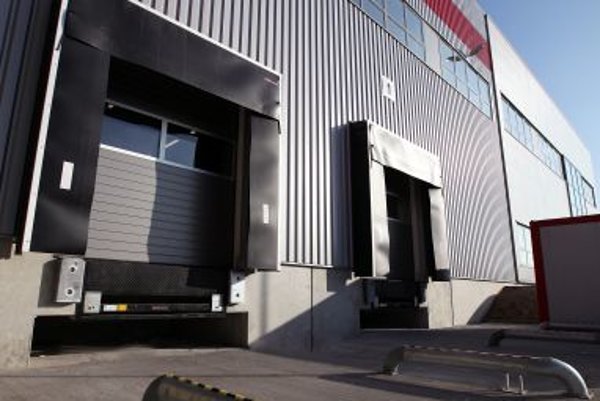 Over the last few years Slovakia has been catching up with its neighbours in the development of logistics premises and a number of modern logistics centres and warehouses have been built here. The current vacancy rate in Slovakia is low enough to encourage further and also speculative construction, i.e. building new premises without pre-lease contracts, among developers. On the other hand clients are becoming more demanding and competition is growing, creating a challenge for developers and distribution space providers.

“The vacancy rate of industrial space for lease was at 3.6 percent during the second quarter of 2012,” Martin Baláž, head of the industrial and retail warehouse department at Cushman & Wakefield Services Slovakia, told The Slovak Spectator. “But since then there were completed some industrial spaces in regions of Bratislava and Košice built on a speculative basis, i.e. without pre-lease contracts, and the vacancy rate increased to about 6.5 percent. We perceive the speculative construction in Slovakia positively since new industrial halls will provide room for the expansion of companies in Bratislava and Košice regions.”

While current vacancy rates reported by real estate consultancy and services agencies differ somewhat, all of them are below 10-12 percent, a level considered to be healthy.

Tomáš Ostatník from the department of industrial space at CBRE in Slovakia attributes the low vacancy rate in Slovakia to a postponed investment boom.

Logistics space providers confirm that the low vacancy rate is spurring new activity. Martin Polák, vice-president and market officer of Prologis company for the Czech Republic and Slovakia, estimates that Slovakia’s vacancy is about 6 percent and is below the central and eastern European (CEE) average of 11 percent. Prologis, the leading distribution space provider in Slovakia, is experiencing a high demand for its premises in Bratislava, which are currently fully leased. This is why it has decided to build speculatively there.

“The current situation in Slovakia is therefore great for new development as demand for good quality logistics space is still very high and there are not enough of these available,” Polák told The Slovak Spectator, adding that Slovakia possesses tremendous potential also thanks to its great location in the centre of Europe.

When assessing the current situation on the Slovak market Peter Bečár, managing director of PointPark Properties (P3), another significant logistics space provider for the Czech Republic and Slovakia, said that despite the global economic crisis, the vacancy rates for logistics spaces in Slovakia have been declining over the last few years as a result of continued demand and a decline in construction.

“Current low vacancy of approximately 4 percent to 6 percent results in very few large spaces - 10,000 square metres or more - readily available for occupiers,” Bečár told The Slovak Spectator in October. “We have also seen this trend in other countries, notably in the Czech Republic. Logistics space is now more often being built to order rather than as speculative investment, due in part to the increasingly conservative approach of banks.”

When assessing the current situation on the market Roman Karabelli, the group marketing director at HB Reavis Group, said that build-to-suit, i.e. building premises for tenants based on their specifications, prevails, but that this trend is occurring not only in Slovakia but also in neighbouring markets.

“Of course there is a difference between regions when the main part of construction is carried out in western Slovakia,” said Suremka, who describes Immopark Košice as the first successful venture in eastern Slovakia.

CATCHING UP WITH THE NEIGHBOURS

Slovakia is a relatively young country in terms of the development of industrial space.

“The first modern premises for lease began to occur in Slovakia in 2005 and more extensive construction started only between 2006 and 2008,” Baláž specified. “The difference between Slovakia and the Czech Republic is significant especially in the volume of built industrial premises.”

“When we compare the construction of logistics premises in Slovakia and the Czech Republic, roughly 53 percent more new warehouse space [in square metres] was built in the Czech Republic than in Slovakia during the first half of 2012,” said Martin Stratov, the associate director and the head of the industrial agency at Jones Lang LaSalle in Slovakia, adding that it is expected that this difference will increase to 68 percent by the end of 2012. “The main reason is, of course, the size of the market.”

According to Bečár, the Slovak market remains less developed than elsewhere.

“What makes Slovakia quite unique from other markets is the high concentration of warehousing space – 90 percent of the total being in one region around Bratislava,” said Bečár. “This creates opportunities for further growth of the regional markets which might be supported by infrastructure development and new FDIs.”

Martin Šafárik, the consultant of the division of industrial and warehouse space at Colliers International in Slovakia, sees concentration of A-category warehouses in western Slovakia as a result of available road infrastructure and the presence of the biggest producers and their suppliers of the automotive and the electro-technical industry. In Hungary warehouses are centralised around Budapest while in the Czech Republic and Poland they are spread throughout all the regions.

According to Karimpol International Slovakia, the Slovak logistics space market has caught up with other countries, for example the Czech Republic and Hungary, over the last eight years. Karimpol operates Bratislava Logistics Park in Senec.

“The cluster of several logistics centres built in Senec, in particular, has established itself as a distribution centre of goods not only in Slovakia but also in the southern part of central and eastern Europe, respectively, in the entire area of central and eastern Europe,” Edik Plätzer, CEO of Karimpol International Slovakia told The Slovak Spectator. “Meanwhile Senec has also gained a reputation in the logistics industry from an international point of view.”

This was one of the reasons why Karimpol decided to extend its logistics park, which is currently fully leased, by almost 50 percent.

With regards to the current position of Slovakia on the map of logistics parks and warehouses both Stratov and Baláž pointed to Slovakia’s advantageous position right at the European logistics crossroads.

“Logistics centres in the Bratislava region, in particular, are often used by logistics and distribution companies as central warehouses for central Europe,” said Baláž, adding that countries like Hungary, the Czech Republic and often Poland are strong competition for Slovakia. “Then factors like distances to clients, road infrastructure, total costs and others decide.”

Stratov stressed that while within Europe, Slovakia enjoys strategic position in the centre, within the European Union it is located at its border.

“In the event that eastern countries were to become more active in questions of the economic development of the EU, there would be more opportunities for the construction of warehouses in Slovakia,” said Stratov. “At the moment a large portion of logistics in Slovakia is bound especially to the automotive and electro-technical industry and the rest mostly to consumer goods.”

Ostatník and Šafárik share the opinion that Slovakia is not fully using its prospects as a country in the middle of Europe. Ostatník ascribes this in particular to transportation infrastructure and state subsidies and Šafárik to the small market and absent products, the so-called flexi business units where smaller companies can rent units from 800 square metres. In such projects offices are located behind a representative facade and from the back there is access for logistics. The first project offering such units is Immorent in Košice. A similar project is planned for Žilina.

From the viewpoint of rent, Slovakia offers the lowest rates in the region. Šafárik specified that while in Slovakia the monthly rent is €3.9 per square metre, in Hungary it is €4 per m2, in Austria €5 per m2, in the Czech Republic €4.5 per m2 and in Poland €5.5 per m2.

According to Bečár, CEE has become very competitive at the larger end of the manufacturing and warehousing investment sector, and clients are carefully choosing where they will locate. In addition, the current turbulence in the eurozone means that companies are taking longer to analyse large projects.

“In contrast, once a company decides to proceed with a particular project it is not uncommon to proceed very quickly with the design and acquisition of a new location,” said Bečár. “Completion within one to two months from the contract signature can take place in the case of permitted land plots, and construction can be completed in another five to six months. As a developer we need to have the capacity, flexibility and skills to react immediately to our customers’ needs and to bring a project to successful completion.”

The Bratislava region continues to dominate in the industrial space sector in Slovakia, but Žilina and Košice and other areas are prospective too.

According to Stratov, the Bratislava region reports the biggest share of A-standard warehouses, exceeding 65 percent. But the construction of road infrastructure in central Slovakia has increased the logistics credibility of this part of the country.

“We have registered several inquiries, apart from others, also from logistics companies in respect to this part of Slovakia,” said Stratov. “There is also assumed construction of new warehouses in eastern Slovakia, especially in Košice and Prešov. Development of the market with warehouses will certainly continue in the Žilina region. Of course, the Bratislava region remains of interest.”

“Construction of industrial space in 2012 is mimicking the development of the previous year,” said Stratov, adding that the total volume of construction carried out should be approximately equal to last year. “Even so far, predictions for 2013 do not show signals of an increased demand for warehouse premises. With regards to price development, prices might decrease in regions where the vacancy rate is higher due to competition. Parts of Slovakia like Žilina and Košice will keep approximately the same price level.”