YET ANOTHER international ranking has confirmed that the fight against corruption is one area where Slovakia urgently needs attention if the country does not want to linger at the bottom of the European Union in terms of how corrupt the public administration is seen by domestic and foreign businesses as well as observers. The Corruption Perception Index for 2012 released by Transparency International ranks Slovakia 62nd out of 176 assessed countries, and the fifth worst among European Union countries. 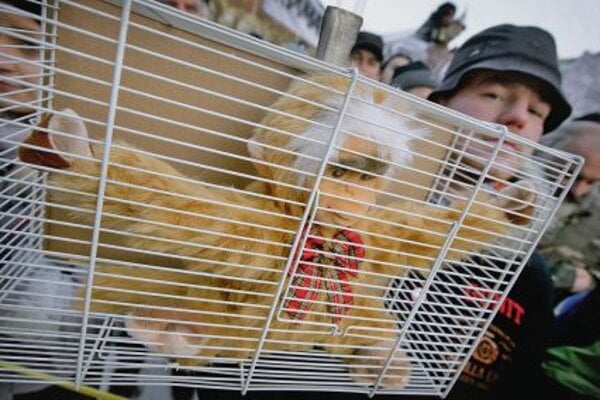 YET ANOTHER international ranking has confirmed that the fight against corruption is one area where Slovakia urgently needs attention if the country does not want to linger at the bottom of the European Union in terms of how corrupt the public administration is seen by domestic and foreign businesses as well as observers. The Corruption Perception Index for 2012 released by Transparency International ranks Slovakia 62nd out of 176 assessed countries, and the fifth worst among European Union countries.

Within the EU, Slovakia managed to outscore only Romania, Italy, Bulgaria and Greece.

The political ethics watchdog Transparency International Slovensko (TIS) is nevertheless sceptical about the prospect of Slovakia achieving better scores in the upcoming years.

TIS has noted that while high-level political corruption became the dominant issue of this year’s general election campaign, “the newly formed government of Robert Fico has not been meeting the strong anti-corruption expectations of voters, the first eight months of its rule shows”, according to an official release by Transparency International Slovensko from December 5.

“State firms and institutions continue to be filled by partisan nominations at the expense of expertise and integrity,” reads the TIS release.

Despite their written pre-election promise to change party finance rules, generally believed to allow room for suspicious flow of funds, “none of the political parties have submitted to parliament proposals to change the system of party financing, including an element of strong impartial control”, TIS warned.

In fact on September 18, 2012, TIS, the Institute for Economic and Social Reforms (INEKO), and the Slovak Governance Institute (SGI) called on the six parliamentary political parties to fulfil their public pledges declared prior to the March 2012 elections in the wake of several party financing scandals and the infamous Gorilla case. TIS noted on December 5 that the parties have 120 days left to fulfil their party financing-related promises.

The Gorilla file, an unverified document purporting to describe an operation conducted by the country’s SIS intelligence agency between 2005 and 2006 into suspicions of corrupt behaviour by politicians and tycoons, launched a wave of street rallies.

According to TIS, while the draft law on public procurement has mended some of the holes in the legislation, it has also opened up new ones.

“Chances for punishing people involved in corruption actually weakened,” TIS wrote, adding that reforms in the judiciary have slowed and the government has not urged the appointment of Jozef Čentéš, who was elected by parliament, to the post of general prosecutor.

“…And personnel changes in the police imdicate a lack of interest to successfully solve large corruption cases, including Gorilla,” TIS claims.

Investors: Corruption is an important factor

A number of surveys monitoring the quality of the business environment and competitiveness attest that a country’s perceived rate of corruption is a significant factor that investors consider.

Annual surveys among European investors in Slovakia have shown that law enforcement, the motivation, qualification and productivity of the labour force, payment behaviour, the tax burden, the availability of skilled labour, the flexibility of the Labour Code and corruption are on average regarded as the most important factors, according to Markus Halt, spokesman of the German-Slovak Chamber of Commerce.

“According to our knowledge most German investors have established businesses in Slovakia without having been directly confronted with corruption,” Halt told The Slovak Spectator on December 6.

“However, way too many German companies have witnessed strong irregularities and even blatant corruption, very often with regard to local administrations and the judicial system. Therefore we strongly urge the Slovak government to step up measures to fight against corruption.”

Compliant business behaviour is very important to German companies, Halt has said, adding that many companies have implemented very comprehensive compliance systems and that it would be good “if these sound practices would become more widespread in the entire business community in Slovakia”.

According to the TIS survey, the least corrupt countries are Denmark, Finland and New Zealand while Afghanistan, North Korea and Somalia are at the bottom of the ranking. Of the Visegrad Four countries, Poland achieved the highest ranking at 41st place, followed by Hungary at 46th and the Czech Republic at 54th place.