The V4 economies and their challenges

NO COUNTRY can remain an island in the current globalised world. This is certainly the case for the Visegrad Group (V4) countries, whose economic performance depends, apart from their size, population, economic orientation and economic policies, on what is going on beyond their borders. As a consequence, the Czech Republic, Hungary, Poland and Slovakia are affected by the debt crisis affecting the eurozone and are struggling to consolidate their public finances. 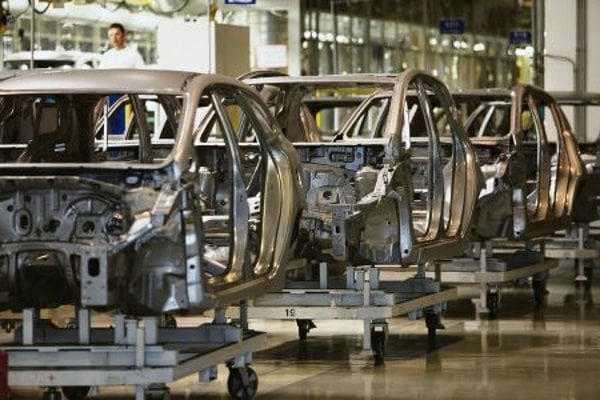 NO COUNTRY can remain an island in the current globalised world. This is certainly the case for the Visegrad Group (V4) countries, whose economic performance depends, apart from their size, population, economic orientation and economic policies, on what is going on beyond their borders. As a consequence, the Czech Republic, Hungary, Poland and Slovakia are affected by the debt crisis affecting the eurozone and are struggling to consolidate their public finances.

“At the moment, the whole eurozone is facing threats resulting from the debt crisis, including the V4 countries,” Jana Glasová, chief analyst at Poštová Banka, told The Slovak Spectator. “Its impacts are felt especially in the required savings in public budgets, adoption of money-saving measures on the side of public expenditures and, on the other hand, by efforts to boost public revenues via higher taxes.”

According to Glasová, the growing unemployment rate and far-from-bright situation on the labour market is leading to thrifty behaviour by consumers, who are tending to spend less. As a consequence, retail sales have decreased and growth across the whole V4 economy is slowing.

“The effects of the debt crisis are probably the greatest present threat for all European economies including the V4 and overcoming them is probably the biggest challenge which Europe faces,” said Glasová.

Individual V4 countries are facing these threats and challenges with varying degrees of success.
“The Czech Republic and Hungary slipped into recession this year,” Vladimír Vaňo, chief analyst at Volksbank Slovensko, told The Slovak Spectator. “Slovakia avoided it thanks to ongoing improvement in net exports. Poland is facing positive, but gradually slowing growth, which is still supported by domestic demand.”

The era when Slovakia was dubbed “the tiger of central Europe” ended when the global financial crisis sent Slovakia into recession, according to Glasová. Even though Slovakia recovered from the 2009 recession as early as the following year, it has not managed to return to pre-crisis levels. During 2012 its rate of economic growth has slowed.

“Despite this Slovakia, along with Poland, belongs to those EU economies with the highest growth rates,” said Glasová. Slovakia recorded economic growth of 2.1 percent during the third quarter of 2012 on annualised terms, according to the Slovak Statistics Office.

The Slovak economy is propelled especially by foreign demand, while domestic demand remains weak due to the influence of the country’s high unemployment, according to Glasová. The main driving force of the local economy is the automotive industry. In this respect Glasová highlighted the switch in focus by local carmakers towards smaller and more affordable cars, in which interest has grown during the crisis.

Vaňo pointed out that over the past four years Slovakia has demonstrated in many respects the advantages of euro adoption, which makes it stand out among its regional peers in the eyes of potential new foreign investors.

He sees fulfilment of the fiscal consolidation plan, which is already priced into Slovak sovereign spreads (i.e. the risk premium on Slovak government bonds) as well as into Slovakia’s ratings, as the major upcoming challenge for Slovakia.

“The outlook for domestic demand, as envisioned by the draft budget, appears somewhat optimistic and hence the potential shortfall in revenue fulfilment might require additional consolidation measures in order to meet the targeted deficits not only by the end of 2012, but most importantly in 2013,” Vaňo said.

The Czech Republic is in the best shape among the V4 economies in terms of its public finances, with credible and ongoing narrowing of budget deficits, according to Vaňo. The disappointing weakness of domestic demand, however, continues despite the key interest rates of the Czech National Bank dropping to rock-bottom levels.

“Apart from the increasingly fragile political situation, the major hurdle that the Czech economy is facing currently is “sour” domestic demand, which remains in the doldrums despite the record low key interest rates of the Czech National Bank,” said Vaňo, adding that one option being discussed is intervention to weaken the exchange rate of the Czech currency, although that could affect inflation.

Glasová added that the Czech economy, which is also open and export-oriented and whose development depends to a significant extent on foreign demand, faces problems similar to that of Slovakia, i.e. making its labour market more effective, improving the education system and connecting it to the needs of business, and building infrastructure. Other challenges which the Czech Republic shares with Slovakia are improvement of the business environment, support for innovation and introduction of new technology.

“These factors are worsening the competitiveness of the Czech and Slovak economies,” said Glasová.

Glasová and Vaňo point to the unique position that Poland enjoys in the V4 thanks to its sizeable domestic market and relatively resilient domestic demand.

“Thanks to the fact that it is a huge economy with a large population and not so dependent on foreign demand, Poland was the only country within the EU that managed to avoid recession in 2009,” said Glasová.

But, similar to Slovakia, Poland faces the challenge of slowing economic growth as a consequence of the debt crisis, accompanied by weaker domestic as well as foreign demand.

“It is a result of the sizeable amount of foreign portfolio investments, which can be influenced by global turmoil unrelated to local economic fundamentals,” said Vaňo.

According to him, the National Bank of Poland will, in the near future, face the dilemma of whether to cut key interest rates to support slowing economic activity.

“Lower interest rates, especially in the environment of the still-fragile situation in the global markets, might contribute to higher volatility in the Polish zloty’s exchange rate,” said Vaňo. “As we saw in 2009, higher currency volatility can feed into higher inflation due to higher import prices.”

Hungary is suffering from not only recession – its GDP contracted in the third quarter for the third quarter in a row – but also inflation. In October Hungary recorded the highest price growth in the EU. Glasová ascribes Hungary’s recession to the decline in the eurozone, which is its main trading partner, as well as local budgetary measures.

“The Hungarian Central Bank, in spite of inflationary pressures, decreased the basic interest rate in order to support the performance of its economy,” said Glasová.

According to Vaňo, the key risk for the Hungarian economy in the near term stems from a lack of progress in negotiations for a new rescue package with the International Monetary Fund (IMF).

“Prolongation of the general uncertainty with regards to government refinancing as well as with regards to the further trajectory of fiscal policy, which in the case of IMF aid would also have to include restrictive measures, does not bode well for local and international investors’ confidence and hence acts as a further negative drag on the currently recurring recession,” he said.

He believes that in the event of a timely agreement on the next bridging loan with the IMF, Hungary could enjoy the benefit of the associated time window to carry out meaningful fiscal reforms under the auspices of IMF experts.

“The lack of legibility and predictability in Hungarian fiscal policy currently acts as a major drag on business confidence and deters potential foreign investors,” said Vaňo. “Hungary is not only the lowest-rated country in the region, but also the one with the highest public debt.”