NOBODY will pay anything to anybody for now, was the first reaction of Prime Minister Robert Fico to Slovakia’s defeat in a long-running court case initiated by Achmea, the Dutch owner of Union, a health insurance firm, over controversial legislation which prevented privately-owned public health insurers from retaining profits or distributing them to shareholders. The law in question was passed by Fico’s 2006-10 government. The International Court of Arbitration ruled that Slovakia must now pay €22 million to Achmea for what it called a violation of the provisions of the investment treaty between Slovakia and the Netherlands. 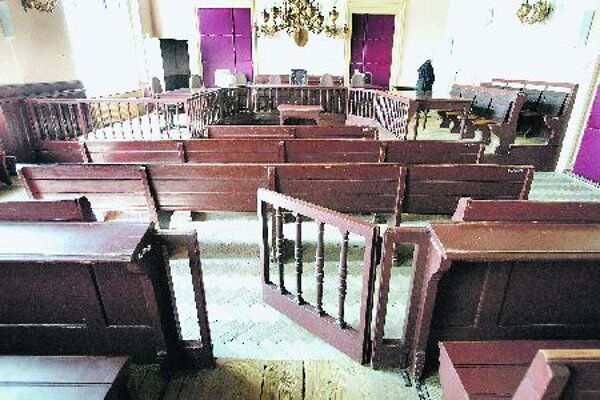 The court ruled in favour of the health insurer. (Source: SME)
Font size:A-|A+0

NOBODY will pay anything to anybody for now, was the first reaction of Prime Minister Robert Fico to Slovakia’s defeat in a long-running court case initiated by Achmea, the Dutch owner of Union, a health insurance firm, over controversial legislation which prevented privately-owned public health insurers from retaining profits or distributing them to shareholders. The law in question was passed by Fico’s 2006-10 government. The International Court of Arbitration ruled that Slovakia must now pay €22 million to Achmea for what it called a violation of the provisions of the investment treaty between Slovakia and the Netherlands.

However, Fico questioned the legitimacy of the decision and said that it would “in no way”

discourage him from pursuing his current policy of establishing a single, state-owned monopoly in the Slovak market for public health insurance. The opposition has derided Fico’s stance and says that his actions might result in Slovakia having to pay much higher damages.

“I see that you all are excited about it,” said Fico on December 8 as quoted by the SITA newswire. “We aren’t. It is necessary to fight [it].”

Last year, Slovakia’s Constitutional Court ruled in January 2011 that the 2007 ban on health insurer profits, which came into force in 2008 and was one of the most-criticised laws produced by the first government of Robert Fico, restricted the property rights of the health insurers’ shareholders, interfered in the insurers’ right to do business by preventing them from making autonomous decisions over how to use their profits, and was thus unconstitutional.

Following the decision, the Slovak cabinet charged Fico himself and Finance Minister Peter Kažimír with taking steps leading to what ministers called “a cancellation of the decision issues by the arbitration tribunal”. The cabinet based its decision on a report on the history of international investment arbitrations involving Slovakia, which found that Slovakia had only ever to pay out once following defeat in an arbitration process – although that award, in 2004 in favour of ČSOB Bank was huge, amounting to €834 million and adding almost 2 percent to the country’s budget deficit.
State Secretary (i.e. deputy minister) at the Ministry of Finance Peter Pellegrini said that Slovakia still had the tools to effectively shelter itself from the verdict.

“This decision is not binding and thus it cannot be executed,” Pellegrini said, as quoted by SITA, adding that the state would question whether the court was entitled to decide on the merits of the case.

Justice Minister Tomáš Borec suggested that there was still room for Slovakia to take additional legal steps and within three months appeal the verdict at a German court, according to SITA.

The opposition parties are of a different opinion, with former justice minister Lucia Žitňanská of the Slovak Democratic and Christian Union (SDKÚ) suggesting that there is no good solution to the verdict of the arbitration court since if the ruling Smer party manages to get out of paying the money to Achmea, it will be a signal to foreign investors that investments in Slovakia are not protected, SITA reported. SDKÚ chairman Pavol Frešo warned that due to the lax attitude of the government the arbitration bill in the case could climb to as much as €750 million.

Daniel Lipšic, another former justice minister who now leads New Majority (NOVA), a recently formed party, said Fico’s Smer party should give up the public funding it is due to receive next year from the state budget and instead use it to pay the fine, SITA reported.

The arbitration process has once again proved that if Robert Fico is throwing himself into an adventure at the expense of the citizens of Slovakia their wallets are under direct threat, Radoslav Procházka of the Christian Democratic Movement (KDH) said.

Jozef Kollár of Freedom and Solidarity (SaS) called the decision the price paid for the lack of expertise of the socialist government of Smer, adding that he is curious to know how much Fico’s plan to create a single health insurer will cost citizens.

The Association of Health Insurers (ZZP), which groups Slovakia’s two remaining privately-owned public health insurance companies, Union and Dôvera, said that the decision of the tribunal is an important signal to the Slovak government and, according to its president Katarína Kafková, means it should re-evaluate its planned steps in the health-care sector, especially regarding the mooted expropriation of private health insurers, SITA reported.

“The rulings of both courts – the Slovak Constitutional Court as well as the International Court of Arbitration – clearly prove that any attempt to expropriate private health insurance companies will end in failure at the immense expense of Slovak taxpayers,” Achmea chief executive Willem van Duin told the TASR newswire, adding that it might be a better idea to use the money to improve the quality of the Slovak health-care system instead.

Fico said that the arbitration tribunal decision has not weakened his determination to pursue a single insurer; quite the contrary, “it actually strengthened [it]”. He claimed that privately-owned public health insurers “sucked” tens of millions of euros from public funds.

According to Fico, estimates show that the profits of the privately-owned health insurers were around €80 million a year. Retaining profits was banned for a period of three years, so €240 million had been “returned” to the health-care system, Fico said, as reported by TASR.

“In the future, if we manage to create a single health insurer, no one will be taking money from the people and putting into private pockets,” Fico said, as quoted by SITA.

Meanwhile, the Financial Policy Institute (IFP), part of the Ministry of Finance, released an analysis on the effectiveness of health care on December 12. It stated that “we have not found a strong general argument for a system of one or multiple health insurers for all the countries of the OECD [Organisation for Economic Cooperation and Development]”. The head of the IFP, Martin Filko, clarified that it was not the objective of the report to say whether a single insurer would be a better option, the Sme daily reported.

The law banning profits, which was passed by parliament in 2007, became one of the most criticised laws advanced by the first Fico government and attracted the attention of the European Commission. The previous government, led by Iveta Radičová, amended the law in July 2011 so that private health insurers could distribute profits to shareholders if they met two conditions: creation of a reserve fund of 20 percent of their share capital; and the establishment of reserves to pay for health care for patients who had been put on waiting lists.

Defending the legislation in 2007, Fico told public broadcaster Slovak Radio that the previous centre-right government’s goal had been “to allow someone, mainly foreign firms, to access public resources and gradually carve off huge profits from these resources. People are now required to pay money for insurance premiums to the insurers and it is absolutely unacceptable to us to allow someone to keep part of this money.”

The private health insurers in Slovakia retorted that the legislation was hostile to the investment made by their shareholders. Dôvera’s owner, HICEE, filed a lawsuit against the Slovak Republic before the European Court of Arbitration in January 2009, which Fico at the time called “blackmail”.

The ZZP stated several times before passage of the legislation that it would conflict with international agreements on the protection of investments, as well EU law and Slovakia’s constitution.