2012 has been marked by fragmentation of the already numerous centre-right parties on the Slovak political scene. The former ruling coalition parties spent several months licking their wounds after the March 10 election, deciding how to revamp their leaderships and lay out new political prescriptions that connect better with voters in the future. 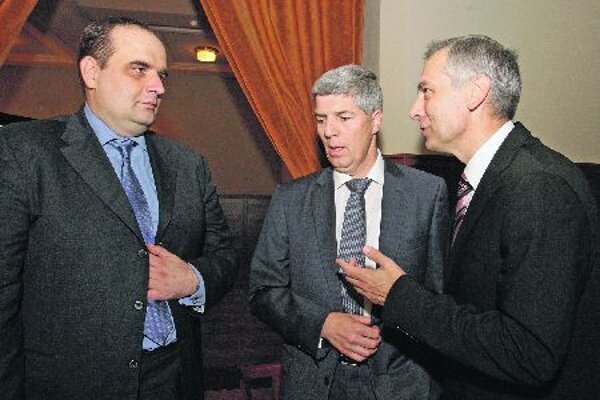 2012 has been marked by fragmentation of the already numerous centre-right parties on the Slovak political scene. The former ruling coalition parties spent several months licking their wounds after the March 10 election, deciding how to revamp their leaderships and lay out new political prescriptions that connect better with voters in the future.

Former prime minister Iveta Radičová, the most popular figure of the right wing, delivered her letter of resignation to the central office of her party, the Slovak Democratic and Christian Union (SDKÚ) on May 3, only two weeks before the party’s crucial congress, in line with her publicised intention to quit politics after the fall of her centre-right government in October 2011.

Pressure mounted on former SDKÚ Mikuláš Dzurinda in the weeks before the election to withdraw from the top spot on the SDKÚ candidate list, which allowed Lucia Žitňanská to announce that she would seek the chairmanship after the elections, providing she received enough preferential votes. She ultimately received 103,517 preferential votes, almost four times more than Dzurinda’s 27,242.

Nevertheless, Pavol Frešo, the president of the Bratislava Self-Governing Region, won the vote in May. The party now appears racked by internal disagreements over its future direction.

The Christian Democratic Movement (KDH), another centre-right opposition party, has been experiencing turbulence as well. After seeing one of its deputy leaders, Daniel Lipšic, break away to set up his own party earlier this year, the KDH more recently witnessed one of its remaining MPs, Radoslav Procházka, attack the party’s present course and then establish his own so-called ‘platform’, named Alfa, within the party. Lipšic claims that hundreds of former SDKÚ and KDH members are interested in joining his New Majority (NOVA) party, which has now been registered with the Interior Ministry.

Meanwhile, yet another opposition party, Ordinary People and Independent Personalities (OĽaNO), has seen Alojz Hlina, one of its leading figures, quit, complaining about the party leader’s style.

In March, Freedom and Solidarity (SaS), and in particular its leader Richard Sulík, had to do some explaining after a set of secretly made video recordings, the so-called Sasanka file, revealed that he told controversial businessman Marián Kočner about the tortuous process of choosing a new general prosecutor at the time Sulík was serving as speaker of parliament in late 2010, but also had him ‘screen’ some of Sulík’s own SaS candidates before the 2010 election. The file comprised transcripts of alleged SMS text messages exchanged between Sulík and Kočner in 2010 as well as seven short videos featuring Kočner and Sulík that were covertly recorded at Kočner’s home.

Procházka, who has stirred up the waters of the KDH with his Alfa platform, on November 12 conceded that while the opposition parties are attacking one another, “Smer is having fun”, adding that the conflicts mean the opposition is unable to cooperate to ease the impact of the economic crisis on citizens.

Analysts noted that the opposition parties have been preoccupied with their own affairs, amplifying their disunity.