October: The top business stories of 2012

Lonely Planet recommends Slovakia. Travel-guide publishing firm Lonely Planet includes Slovakia among its top-ten list of countries worth visiting in 2013. Slovakia is praised for its rich cultural heritage and for numerous adventure opportunities for tourists. Lonely Planet claims that Slovakia offers cheap opportunities for skiing and stag/hen parties, but is trying to overhaul its image. In addition, it emphasises the significant changes that the country has undergone since the Velvet Revolution in 1989. 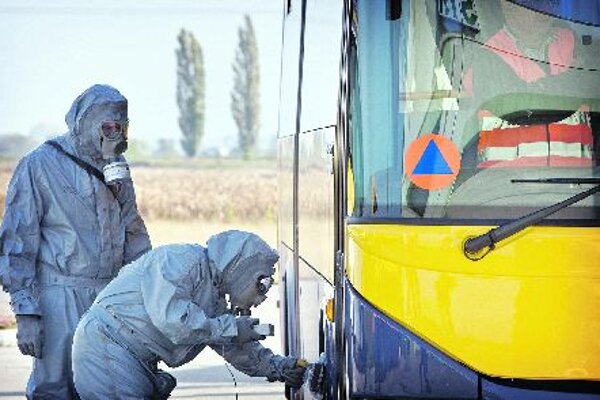 Lonely Planet recommends Slovakia. Travel-guide publishing firm Lonely Planet includes Slovakia among its top-ten list of countries worth visiting in 2013. Slovakia is praised for its rich cultural heritage and for numerous adventure opportunities for tourists. Lonely Planet claims that Slovakia offers cheap opportunities for skiing and stag/hen parties, but is trying to overhaul its image. In addition, it emphasises the significant changes that the country has undergone since the Velvet Revolution in 1989.

Gabčíkovo water project turns 20. The Gabčíkovo hydro-electric power plant on the Danube River, the Slovak part of the so-far unfinished Slovak-Hungarian Gabčíkovo-Nagymaros project, marks the 20th anniversary of its operation. The history of the project, which is now the biggest hydro-electric power station in Slovakia, dates back to 1977, when Czechoslovakia and Hungary signed an agreement to build a Danube twin-dam project to produce electricity, improve navigability and enhance flood prevention.

Major safety drill takes place at nuclear plant. The Havran (Raven) safety drill tests the preparedness of Slovenské Elektrárne, the power producer and operator of Jaslovské Bohunice nuclear power plant, plus state and local bodies, and the integrated rescue systems that exist for such an emergency situation, for a potential radiation event. Havran is the first exercise on such a large scale in the history of independent Slovakia, and was prompted in part by last year’s nuclear accident at Fukushima in Japan. The last time a similar exercise took place was in the 1990s.

Firms get €121m in state aid. The government provides 10 companies backed by foreign investors with state aid worth more than €121 million in the form of tax relief. Most of the aid will be postponed until 2014 and beyond. The aid provided to Samsung Electronics Slovakia based in Galanta and Mondi SCP in Ružomberok receives criticism as they will not create any new jobs, only preserve existing ones.

Slovakia implements third energy package. After a delay of more than a year, Slovakia revises its energy legislation, adopting the third energy liberalisation package prescribed by the European Union. The package should enable EU members to strengthen competition in the electricity and gas markets, enhance protection of consumers’ rights and strengthen the power and independence of regulatory bodies. Slovakia was supposed to have adopted the third energy package at the end of March last year. The revision to the law on energy and a brand new law on regulation in network industries finally became effective as of September 1.

Labour Code revamped, again. The changes adopted, drafted by the Labour Ministry to redress the balance in relations between employees and employers, which it believes was significantly harmed to the detriment of employees by the previous cabinet of Iveta Radičová, reintroduce the entitlement to a layoff notice period as well as severance pay, curb the ‘chaining’ of fixed-term employment contracts, shift the status of people working on fixed-term employment contracts closer to that of regular workers in terms of working hours and the minimum wage, and change the definition of dependent work, among other things.

The shopping and leisure centre Central opens in Bratislava. With a price tag of €200 million, it offers four floors and 150 shops and restaurants within an area of 36,000 square metres.

One Slovak tech firm makes CEE list. Only one Slovak company makes it onto a ranking of the 50 fastest-growing technology companies in central Europe drawn up by accountancy firm Deloitte – Sygic. This producer of navigation systems for mobile phones ranks 27th, listing 526-percent growth in revenue over the past five years.

February: The top business stories of 2012

March: The top business stories of 2012

April: The top business stories of 2012

May: The top business stories of 2012

June: The top business stories of 2012

July: The top business stories of 2012

August: The top business stories of 2012

September: The top business stories of 2012