PRESIDENT Ivan Gašparovič has opened another chapter in the knotty saga of filling the vacant post of Slovakia’s general prosecutor by formally announcing, in early January, that he would not appoint parliament’s chosen candidate, Jozef Čentéš, to the job. Čentéš immediately challenged the president’s decision at the Constitutional Court, arguing that he had failed to list any legitimate reasons for his refusal to appoint him. 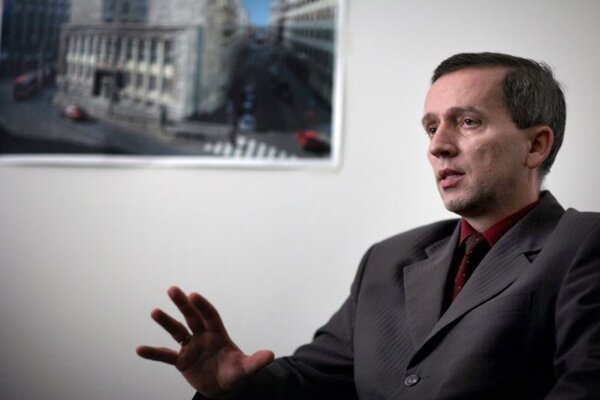 PRESIDENT Ivan Gašparovič has opened another chapter in the knotty saga of filling the vacant post of Slovakia’s general prosecutor by formally announcing, in early January, that he would not appoint parliament’s chosen candidate, Jozef Čentéš, to the job. Čentéš immediately challenged the president’s decision at the Constitutional Court, arguing that he had failed to list any legitimate reasons for his refusal to appoint him.

While Prime Minister Robert Fico responded that parliament now faces no hindrance to launching a new vote for the general prosecutor, unless the Constitutional Court issues a preliminary injunction in association with Čentéš’s complaint, the opposition is considering taking the president to court over what it calls a violation of the constitution.

Gašparovič came in for massive criticism from the opposition and political analysts for turning Čentéš down despite parliament voting to select him for the post on June 7, 2011 and the Constitutional Court subsequently confirming the legitimacy of the parliamentary ballot by which he was chosen. Political scientist Miroslav Kusý said that the president’s decision had evoked a very negative atmosphere among society.

“It was like a splash of impertinence in the face of the whole society, with Gašparovič hinting, ‘I am sovereign, something like your king and I can do whatever I want to’,” Kusý told The Slovak Spectator.

Meanwhile, critical voices in the media and on social networking sites, as well as the opposition’s efforts – from summoning a special parliamentary session to openly discussing the president’s possible impeachment – prompted Gašpar-ovič to release a public statement on January 9 blaming the opposition for botching the process of electing the general prosecutor.

“Those who today blame me in a godlike manner of failing should first admit their own failure if they want to have at least some moral right to criticise me,” reads Gašparovič’s public statement. “They are trying to throw their responsibility for the undignified elections of the general prosecutor at me.”

According to Gašparovič, the opposition is using its current campaign to divert attention from its own failings since “they have neither economic nor any other agenda to capture the attention of the citizen who is struggling with the existential worries of today”.

The term of the last general prosecutor, Dobroslav Trnka, expired in February 2011. Čentéš was elected by MPs in June of the same year, but Gašparovič refused to appoint him. Trnka’s former deputy, Ladislav Tichý, is currently the acting general prosecutor, with Trnka, who was one of the candidates competing with Čentéš for the top job, now working as Tichý’s unelected deputy.

Gašparovič explained his refusal to appoint Čentéš in a 9-page letter sent on January 2 to Speaker of Parliament Pavol Paška, noting that the process of selecting a new general prosecutor resulted in several complaints being filed with the Constitutional Court, SITA reported.

“The number and the character of these complaints alone, as well as the status of their authors bring enough evidence that the election of the candidate has not been unambiguous and that it has become a subject of political dispute,” Gašparovič writes in his letter.

Gašparovič also accuses Čentéš of publicly “slandering the president” (i.e. Gašparovič) via the public media, saying that Čentéš blamed him for violating the constitution by not appointing him.
Juraj Marušiak, a political scientist with the Institute of Political Sciences, part of the Slovak Academy of Sciences (SAV), said that the president was entitled to make this decision based on the decision of the Constitutional Court. However, Marušiak told The Slovak Spectator that he sees problems first of all with the formal aspect of the reasoning provided by the presidential office.

“On the other hand, the opposition quite successfully is using the case for the consolidation of its strength while avoiding self-reflection in association with the circumstances that accompanied the election of Čentéš,” Marušiak said.

Nevertheless, Marušiak noted that the decision of the president might serve as a precedent in the development of Slovakia’s political system towards a semi-presidential system, since it strengthens the role of the institution of the head of state.

“It is completely wrong and comes as further subversion of the foundations of this state,” sociologist Ján Baránek commented on the president’s decision for The Slovak Spectator.

The opposition deputies proposed a special parliamentary session where Gašparovič would be made to explain his decision and if he fails to do so, the opposition said it would pursue his impeachment, an idea originating in the Freedom and Solidarity (SaS) party, and with the People’s Platform – the Christian Democratic Movement (KDH), Most-Híd and the Slovak Democratic and Christian Union (SDKÚ) – supporting it.

Head of the KDH deputy faction Pavol Hrušovský said that parliamentary deputies are entitled to know whether there are any legal reasons behind the president’s refusal to appoint Čentéš since they do not consider the reasons that Gašparovič listed in his letter as legitimate grounds for not appointing the general prosecutor. According to Hrušovský, this is the first time that the parliament was not respected by the executive branch.

Head of the SDKÚ deputy faction Lucia Žitňanská said that the president’s decision had crossed the line of what is acceptable in a parliamentary democracy, by which he has effectively made it possible to get a political nominee of Smer into the post.

According to Most-Híd leader Béla Bugár, the opposition must point to an undemocratic and perhaps also unconstitutional proceeding, which in his words will be recorded “with black letters into history”.

“He tramples on the foundations of democracy,” said Bugár, as quoted by SITA. “He obviously forgot that Slovakia is a parliamentary democracy.”

In response to the efforts of the opposition, Fico said that the president has turned to him with the request that he is interested in explaining to parliamentary deputies his reasons for rejecting the appointment of Čentéš.

“From this reason, [he] considers the opposition’s proposal to summon a special session pointless,” Erik Tomáš, director of the Government’s Office press department said in an official statement.

Meanwhile Fico said on January 9 that what he called the ‘opposition farce’ with the election of the general prosecutor must end soon, since it is no longer only a farce but also action, whereby Slovakia’s statehood is being attacked and the process is devolving into ‘defamation and incredible attacks,’ something which has occurred with not inconsiderable regularity over the past decade, Sme daily wrote.

Fico also noted that suing the president is such a serious issue that it occurs perhaps only once in 100 years.

“Are you saying that people of the type of [Richard] Sulík, [Pavol] Frešo, [Ján] Figeľ or [Béla] Bugár have the legitimate right to file a lawsuit against the president?” Fico asked, as quoted by Sme.

Fico said he is convinced that there is no hurdle to prevent parliament from acting on the issue of electing a new general prosecutor and that at the next parliamentary session a new candidate will be elected. However, parliament will wait to hold an election in the event that the Constitutional Court issues a preliminary injunction regarding the issue, said Fico as reported by SITA.

Meanwhile, Paška on January 8 set a new term for the submission of candidates for the post of general prosecutor, since the constitution stipulates that he has to do so. Paška said that the Constitutional Court will still have enough time to make a decision on the eventual preliminary injunction since the parliamentary constitutional committee will discuss the eventual candidates after January 18.

“If the Constitutional Court takes such a decision I will respect it,” Paška said, as quoted by SITA newswire.