Zemko: Break-up was a good decision

SLOVAKIA is a state younger than most of its inhabitants. Its 20-year-long history has been eventful, at times a source of pride, but often also cause for concern or even shame. Has Slovakia been writing a success story overall? Was the Czecho-Slovak divorce the right decision? What about all the what-ifs that it left unanswered? The Slovak Spectator put these questions to Milan Zemko, a historian from the Historical Institute of the Slovak Academy of Sciences. 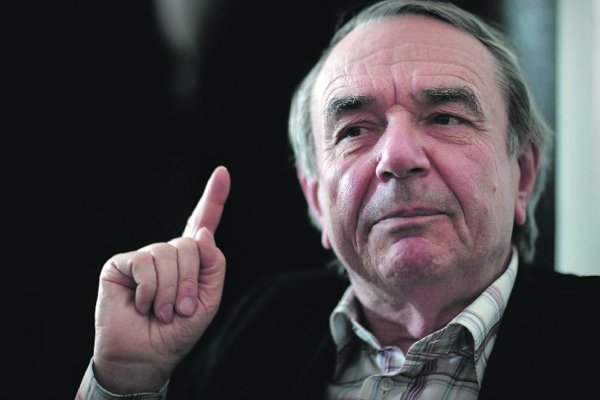 SLOVAKIA is a state younger than most of its inhabitants. Its 20-year-long history has been eventful, at times a source of pride, but often also cause for concern or even shame. Has Slovakia been writing a success story overall? Was the Czecho-Slovak divorce the right decision? What about all the what-ifs that it left unanswered? The Slovak Spectator put these questions to Milan Zemko, a historian from the Historical Institute of the Slovak Academy of Sciences.

The Slovak Spectator (TSS): Czechs and Slovaks usually say they are brother nations, but the fact is that they started writing their common history only in the 20th century. Where does the feeling of brotherhood come from?
Milan Zemko (MZ): Since the Middle Ages Slovaks have been using ‘slovakised’ Czech as their language. Since the national awakening in the early 19th century the learned men on both sides supported close relations between Slovaks and Czechs, which was true with varying intensity until the fall of the Austro-Hungarian monarchy in 1918. In the new, interwar Czechoslovak state the feelings of closeness, or even unity, of Czechs and Slovaks was cultivated deliberately. The Czecho-Slovak mutual intercommunity was also stressed after the Czechoslovak Republic was re-established after World War II. The closeness of the two Slavic languages is important too; because it is thanks to that that there is no language gap as is the case of Belgium between the [French-speaking] Walloons and the [Dutch-speaking] Flemish.

TSS: What were the differences in opinion about the functioning of the state between Czechs and Slovaks that eventually led to the dissolution of the federation in 1992?
MZ: After the fall of the communist regime in 1989 the political representation of both nations spoke about an authentic federation, but they were only in accordance on the point that it would be a federation not ruled by communists anymore. In every other respect the opinions were very much divided. Czechs wanted to keep the so-called functional federation, that is centralise the power to a large extent in the hands of the federal government and the federal parliament. Slovaks were in favour of a federation that would be as loose as possible, with a strong position of both republics that constituted it, the Slovak Republic and the Czech Republic. Since the political representation of both parts of the federation failed to find a compromise that would be acceptable to both, they agreed on breaking the federation up into two independent states.

TSS: Looking back after 20 years, was it a good decision to divide the federation?
MZ: I’m convinced it was a good decision; otherwise we would be struggling with a sort of Belgian situation, mainly a continuous struggle over financial issues, but also other issues surrounding the functioning of a common state. The economic position of Slovakia has gradually improved after a sharp fall in 1991-1992, despite the constant talk about a Czech “money-pipe” into Slovakia. Mutual relations between Slovaks and Czechs have improved after the division, because the main reasons behind the conflicts were removed.

TSS: Was it possible to keep the federation together, or was the break-up just a question of time? What were the possible alternatives for Czechs and Slovaks?
MZ: The federation could have been kept together only if Slovaks accepted Czech ideas about its functioning, which was out of the question. That is also why other alternatives were mere illusions.

TSS: Which of the two nations has benefited from the break-up more?
MZ: I believe it was advantageous for both nations. For Slovaks mainly because the smaller part of the common state ceased to be just “an appendage” of the bigger part, and Slovaks started administering their affairs on their own, with all related consequences and responsibilities. But if we consider ourselves a unique, advanced European nation, we must bear full responsibility for ourselves and not let our country be ruled from a centre in a territory of another nation, however close it might be.

TSS: The break-up of the Czecho-Slovak federation is often dubbed the velvet divorce. How is it possible that the division of the state was so peaceful?
MZ: Neither of our two nations was a “warrior” nation, and, perhaps most importantly, there was no compact minority of one of the nations living in the territory of the other one, as in the case of former Yugoslavia. In addition, the agreements about the division of the state were acceptable for both parties, although Slovaks were worse off.

TSS: Opinions are divided over the fact that the break-up was not approved by the people in a referendum. What is your opinion?
MZ: A referendum about the division of the state would most likely solve nothing. Even if it had favoured the federation to be kept alive, the conflicts over its character would have continued; in other words we would live in the Belgian situation as mentioned above, and at the same time we would be up to our ears in economic and social transformation [after the fall of communism]. Such a situation would be unbearable for Slovaks and Czechs. Plus, there has never been a referendum held about the division of a state, only referenda about the separation of one part from the entire state (such as the separation of Norway from Sweden, or the referenda in former Yugoslavia).

TSS: What is unique about the history of the common state, which lasted less than a century, of Czechs and Slovaks?
MZ: In fact it lasted only 68 years, since the nations did not live together during WWII. For Slovaks the common state was absolutely important mainly in the interwar period, when it helped us to ‘get on our feet’ and mature as a nation after almost a century of Magyarisation in Hungary. In the turbulent 20th century it was a necessary step for both nations to achieve independence in their own states.

TSS: Could the story of Slovakia over the past 20 years be called a success story?
MZ: I consider Slovakia’s story to be a success story from several viewpoints. As an independent state, in economic terms we are faster in catching up with the European average than we would be in the position of the appendage of the Czech economy. That is how it was until the state was divided. We have learned to administer our own country just like other independent nations do. On our own we have made it among the EU and NATO countries and we learned to act in the international environment. On the other hand, we also struggle with problems that occur mainly in post-communist countries, corruption in particular. In the 1990s we had big problems during the third term of [Vladimír] Mečiar’s government, which led us into international isolation. But again, we managed to handle the problem alone and by democratic means, which was a good lesson for us and a test of our independence, too.