OF THE art exhibitions running in 2012 and 2013, one of the most important - for both its scale and the public’s response - is the retrospective of Slovak conceptual artist and “subconscious feminist” Jana Želibská at the Slovak National Gallery (SNG). 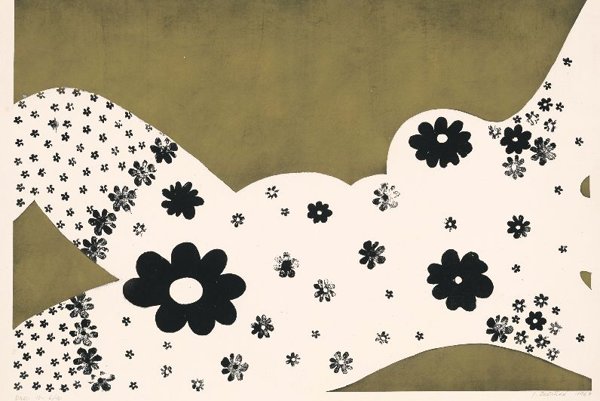 OF THE art exhibitions running in 2012 and 2013, one of the most important - for both its scale and the public’s response - is the retrospective of Slovak conceptual artist and “subconscious feminist” Jana Želibská at the Slovak National Gallery (SNG).

Several artists, intellectuals and theoreticians have hailed this exhibition not only as a long overdue and exhaustive overview of Želibská’s work, but also as a well-curated collection that demonstrates the timelessness and intrigue of her art. The exhibition, which takes place on two floors of the SNG’s Esterházy Palace, opened on November 30th and will last until March 17th. It ranked high in a Sme daily poll concerning the most important cultural events of 2012.

Under the title No Touching (Zákaz dotyku), the exhibition spans more than 40 years of Želibská’s career and highlights her versatility: there are re-constructed site-specific installations, environments and objects, as well as photos of happenings, performances and art events from the 1960s, and sound- and video-installations and video-projections. Many of the artefacts have been retrieved from private collections, while some are still owned by the author and others are preserved only in photos.

The installations from the 1960s and 1970s are recreations of older pieces, since they were site-specific when originally created, and most of these are considered to be legendary and unique. These pieces include The Possibility of Exposure, originally presented at the Cyprián Majerník Gallery in Bratislava; Kandarya Mahadeva, first shown at the V. Špála Gallery in Prague; and the famous solo exhibition Le Gout du Paradis (The Taste of Paradise) from the Musée d'Art moderne de la Ville de Paris (the installation of the work of the same name in the SNG includes fresh apples that can be plucked and eaten).

Themes central to her work are the physical body, femininity, the female essence and also nature, environmental protection, natural materials and pagan rituals. Želibská’s inventiveness, progressive thinking and artistic feel can also be seen in the photos documenting the happenings, installations and events organised in the 1960s – often involving other artists and intellectuals. Many of these were in private collections, and remained so until this exhibition, according to Vladimíra Bürgerová and Lucia Gregorová, the exhibition’ curators. Her focus on corporality, nature and environmental issues made her stand out on the artistic scene and showed her to be more closely aligned with Western art. Želibská’s work, although decades old, still surprises and reflects her progressive views.

The daughter of two visual artists, Jana Želibská was born in 1941; she studied at the Academy of Fine Arts in Bratislava (graphic art and monumental painting) and in 1968, she won a study course in Paris and witnessed the students’ revolts, the bulletin accompanying the exhibition states. After her return, she faced the August occupation of Czechoslovakia by the armies of the Warsaw Pact. One of the reasons for her having been banned from exhibiting in the 1970s was her refusal – together with Alexander Mlynárčik and Karol Lacko – to participate in an international biennial exhibition of contemporary art in Bratislava. Although she existed outside the official canon of Slovak art, Želibská was involved in the birth of environmental and object art in the 1960s, event and conceptual art in the 1970s, post-modern object and installation art in the 1980s and video-art in the 1990s.

Running until mid March (opening hours and admission fee at www.sng.sk), the exhibition is accompanied by several events and programmes, and on January 24 and February 21, the Thursday Art Talk will be led by curator Lucia Gregorová in English for non-Slovak speakers (for €4.70). The exhibition also features a 240 page catalogue in both Slovak and English that provides a solid overview with good-quality pictures, and offers insights into Želibská’s work.

“I have never professed a feminist programme,” Želibská is quoted in the bulletin as having said in 1997. “Even if I maybe was a programme feminist, I was such quite inadvertently. My view of a woman is just like that of a man – from good-humoured and critical at the same time, to unambiguously sarcastic. Simply: I have no other experience and I don’t envy others because of theirs. My perception is very, I repeat, very private, and so I remake, shift and flesh out all the acquired ‘information’. Or, in other words, I play.”