THE SLOVAK government is tightening the rules for providing both domestic and foreign investors with state incentives. The move comes just weeks after it approved state aid exceeding €121 million, part of which went to companies that did not promise to create new jobs, but promised merely to preserve existing ones. The cabinet agreed on the new legislation on January 9; parliament must now approve the revision for it to take effect from April. 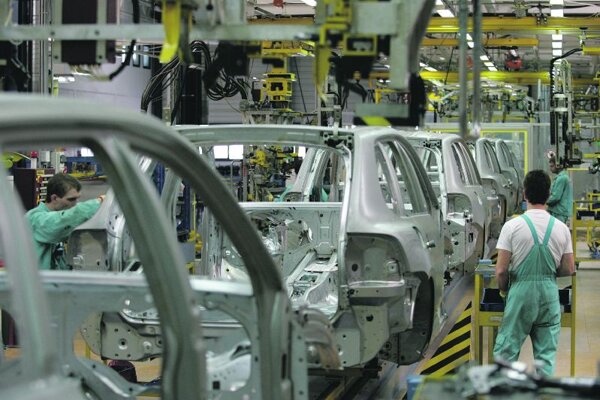 THE SLOVAK government is tightening the rules for providing both domestic and foreign investors with state incentives. The move comes just weeks after it approved state aid exceeding €121 million, part of which went to companies that did not promise to create new jobs, but promised merely to preserve existing ones. The cabinet agreed on the new legislation on January 9; parliament must now approve the revision for it to take effect from April.

The changes, presented by the Economy Ministry, chiefly introduce rules requiring firms seeking aid to create new jobs – in order to ensure that subsidies contribute to decreasing the unemployment rate in some regions – while at the same time broadening the range of potential applicants.

The aim of the amendment is “a change in the conditions for providing investment aid to develop regions, [a change in] the method and powers of public administration bodies when providing [state aid], and control of its usage with an emphasis on equalising domestic and foreign investors, as well as on transparency when providing investment aid in Slovakia”, Economy Ministry spokesperson Stanislav Jurikovič told The Slovak Spectator.

The changes have been welcomed by some employer groups, but have also attracted criticism. Though the new legislation makes some conditions for providing incentives stricter, Martin Vlachynský, an analyst with the Institute of Economic and Social Studies (INESS) think tank, noted that the government passed the changes only a few weeks after it had approved state aid to firms which did not promise to create new jobs.

“We consider investment incentives a harmful tool which serves to re-allocate resources in favour of a very narrow group of successful applicants,” Vlachynský told The Slovak Spectator, adding that if the state provides a quality business environment and competitive tax burdens, “healthy business projects will finance the creation of new jobs from their future revenues”.

When asked by the Sme daily why the changes had come only after the state had allocated a large tranche of investment aid to selected companies, some of which would not have qualified under the new rules, Jurikovič responded that “legislative changes take some time, during which it is not possible to stop the process of supporting investment in Slovakia”.

One of the most significant changes in the rules for investors will be the requirement that they create new jobs. New companies coming to Slovakia will, under the new rules, have to create at least 40 new jobs. Those who have already established a presence in the country will have to increase their payroll by at least 15 percent of the average number of new jobs created during the previous three years, subject to a minimum of 40 jobs, Jurikovič explained.

The new rules will also focus on supporting a wider range of enterprises, especially small and medium-sized companies. To this end the ministry decreased the sum for procuring tangible and intangible property. The minimum amount which investors are required to invest, or so-called justified costs, will decrease from €7 million to €5 million, while in areas where the jobless rate is 50 percent higher than the Slovak average these costs will drop from €3.5 million to €3 million, the spokesperson added.

If a company asks for state aid several times, the Economy Ministry will aim to give it incentives in the form of tax relief rather than in direct payments.

“The aim is to [use] direct subsidies [i.e. cash payments] to support investors who have not previously drawn investment aid,” Jurikovič told The Slovak Spectator.

Jurikovič also highlighted a new rule whereby a financial analysis of each proposed project applying for state aid will be required, in order to demonstrate its financial stability.

Additionally, the list of changes includes a rule requiring applicants in the industrial sector to expand production by at least 15 percent of the average reported during the previous three years, and to increase to at least 75 percent the proportion of employees at technological centres and centres of strategic services that have a university education, the SITA newswire wrote.

Peter Osuský, an MP for the opposition Freedom and Solidarity (SaS) party, meanwhile submitted his own amendment to the changes to state aid rules, proposing to give parliament the final say over the provision of aid to companies. At the moment, only the government needs to grant approval for money to be disbursed, SITA wrote.

Businesses’ views of the changes differ

The original draft of the amendment proposed by the Economy Ministry was slightly different to the version that has now been approved by the cabinet. For example, the ministry had proposed that applicants create the equivalent of at least 20 percent of the new jobs established by applicants during the previous 12 months, according to SITA. Since the law will affect a wide spectrum of possible applicants, the ministry invited several organisations and associations, including those representing businesses in Slovakia, to comment on the law, Jurikovič said. He added that some of their proposals had either been accepted, or were discussed in order to find a consensus.

The current version of the law has been praised by the Federation of Employers’ Associations (AZZZ). Though the amendment is stricter than the current law, it implements clearer and more transparent rules, said the organisation’s executive director Branislav Masár. In particular, he praised the decrease in justified costs, the rule to establish a minimum number of new jobs, and the support for raising the educational level of employees in technological centres and centres for strategic services.

Martin Hošták, secretary of the National Union of Employers (RÚZ), said that his association acknowledges the amendment, since the Economy Ministry had accepted many of its comments. Yet he stressed that policy on investment aid should be reassessed at the European level, adding that the amounts provided should be gradually decreased.

“Over the long-term horizon we expect the government to promote this kind of policy since we are convinced that it is more effective and (…) cheaper to compete within a quality business environment rather than [provide] investment stimuli,” Hošták told the Spectator.

One association criticising the changes was the Klub 500, which represents the biggest companies in Slovakia.

“We are convinced that the philosophy of investment stimuli should not consist of stimulating employment growth, but of stimulating important investments that bring significant benefits for the economy,” Tibor Gregor, executive director of Klub 500, told The Slovak Spectator.

Gregor added that Slovakia should pass legislation which would set “clear and transparent rules” that would protect the Slovak economy on the one hand, while being attractive to investors on the other hand.

In October 2012 the government provided 10 companies backed by foreign investors with state aid worth more than €121 million in the form of tax relief. In return for the money, the firms promised to invest over €388 million and create more than 2,400 new jobs in total, SITA reported. The only exceptions were Ružomberok-based paper mill Mondi SCP and Galanta-based producer of LCD TVs Samsung Electronics, which agreed with the Economy Ministry to preserve 766 and 760 jobs respectively for six years, but did not promise to create any new positions.

The Economy Ministry attracted criticism for asking for money to pay for state aid at the same time that the government was supposed to be trying to cut the budget deficit. This problem was partly solved by a proposal by Finance Minister Peter Kažimír to postpone most of the aid for more than a year. The only company able to access any of the aid in 2013 is Samsung Electronics, though it will be allowed to get only limited tax relief. Mondi SCP got permission to use its investment aid as of 2014.