A glossary of words and an exercise related to this article are also published online. 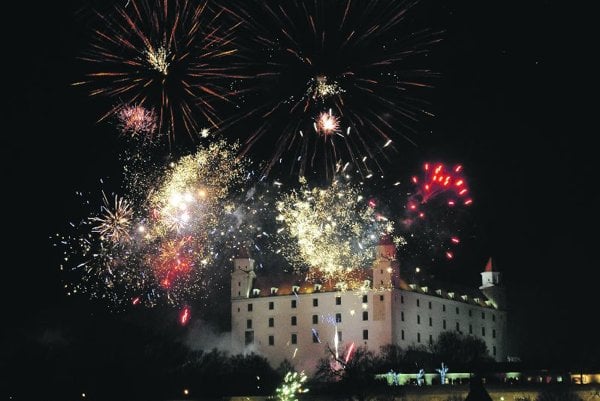 A glossary of words and an exercise related to this article are also published online.

SPLITTING the former Czechoslovak federation without any military conflict, the threat of international isolation in the mid 90s and then entry into NATO and the European Union: these are just a few of the developments the young Slovak state, as we know it today, has experienced in its 20-year history. The country, which has come a long way since the time it was described as the “black hole of Europe” in the early years of its existence, to being dubbed the “Tatra Tiger” after undergoing economic reforms in the late 90s and at the beginning of the new century, celebrated the 20th anniversary of its establishment on January 1, 2013. Twenty years ago on that day, the Czech and Slovak Federal Republic (ČSFR) split up to give life to two new independent states: the Czech Republic and the Slovak Republic. The split of the ČSFR is often referred to as the Velvet Divorce, since it was carried out by constitutional agreements without any violence, unlike in the former Yugoslavia.

The split was preceded by a number of meetings and negotiations between Czechoslovak, Czech and Slovak politicians and state institutions in the period between 1990 and 1992. On January 21, 1992, the Federal Assembly of the ČSFR (the federal parliament) did not pass two proposals by then Czechoslovak president Václav Havel: an amendment to the constitutional law on referenda and a constitutional law on a new constitution for the ČSFR. Following that, on March 11, negotiations between the Slovak National Council and the Czech National Council (the national parliaments) over the organisation of the state were suspended, and newly-elected national parliaments were expected to resume.

The winners of the 1992 parliamentary elections, the Civic Democratic Party (ODS) in the Czech Republic, and the Movement for a Democratic Slovakia (HZDS), led by Vladimír Mečiar, in the Slovak Republic, launched negotiations about a break-up.

Ever since, January 1 has been a national holiday in Slovakia, marking the emergence of the country.
During the very first day of its existence the Slovak Republic was recognised by 93 states, among them the US, Russia, China, the UK, Germany and France. The first diplomat to submit official documents regarding diplomatic relations was the consul-general of Germany, who did so at 00:30 on January 1, 1993.

After February 8, 1993, the official currency of the Slovak Republic became the Slovak crown, which was used until 2009, when it was replaced by the euro.

The break-up of the ČSFR was a way out of an uncompromising situation, according to Milan Zemko from the Historical Institute of the Slovak Academy of Sciences.

“I’m convinced it was a good decision; otherwise we would be struggling with a sort of Belgian situation, mainly a continuous struggle over financial issues, but also other issues surrounding the functioning of a common state,” Zemko told The Slovak Spectator. “Mutual relations between Slovaks and Czechs have improved after the division, because the main reasons behind the conflicts were removed.”

In multinational post-communist states the break-up of federations previously ruled by centralised communist parties was part of the democratisation process, Zemko noted.

However, 20 years after the the federation the fact that it ended based on a political agreement but in the absence of any referendum is viewed critically by 70 percent of Slovaks and Czechs, a similar figure to that seen in 1992, according to a survey called “Twenty years after the split of the former Czech and Slovak Federal Republic (ČSFR) and the founding of Slovakia and the Czech Republic”, carried out by the Institute for Public Affairs (IVO) think tank in cooperation with the polling agency Focus and the Centre for Public Opinion Research (CVVM) at the Czech Academy of Science, in November 2012. A total of 1,013 respondents in Slovakia and 1,212 in the Czech Republic were surveyed.

On October 1, 1998, the European Union viewed the parliamentary elections in Slovakia, in which the country’s three-time prime minister Mečiar and his government (widely viewed as having pushed Slovakia to the verge of international isolation) was ousted from power, as a positive turn in Slovakia’s efforts to join the EU. Then the EU, at its summit in Helsinki in 1999, decided to initiate accession talks with Slovakia, with the actual talks commencing in February 2000. In May 2003, 92.46 percent of the participants in the referendum said yes to Slovakia’s entry to the EU, and on May 1, 2004, Slovakia entered the union.

While the number of Slovaks who are proud of their country is growing, it does not exceed the number of those who expressed pride back in 2008, according to an IVO poll conducted in cooperation with Focus between November 7 and 13, 2012. As many as 60 percent of those polled said they were proud when the pollsters asked about the degree of their pride for what the country had achieved since independence, as opposed to 49 percent in late 2010.

Sociologist Zora Bútorová said that the performance of Slovak athletes, especially the ice hockey team at the world championship, served to boost feelings of pride. Slovaks have also named European Union membership, independence and Slovakia’s viability as reasons for being proud citizens of Slovakia, according to the poll.