Jakub and Sofia most popular names in 2012

The most popular first names for newborns in Slovakia in 2012 were Jakub for boys and Sofia for girls, according to data released by the Interior Ministry on January 11. 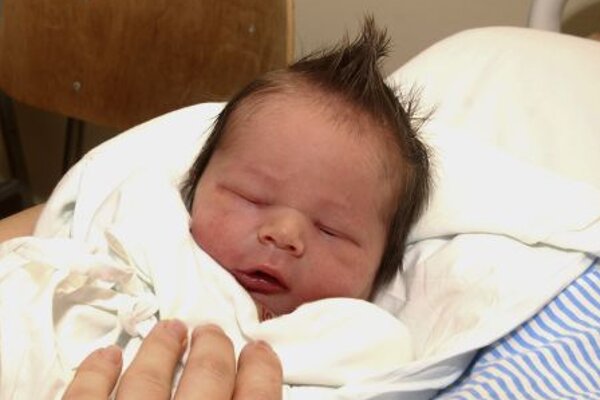 The most popular first names for newborns in Slovakia in 2012 were Jakub for boys and Sofia for girls, according to data released by the Interior Ministry on January 11.

Apart from traditional names, several exotic names also appeared in the registry of the population - such as Viva, Vesna, Senka, Rihana, Piroska, Klotilda, Elif and Dženifera for girls, and Zidan, Umer, Timeon, Quoc, Musa, Kari, Banner and Rio for boys.

The SITA newswire wrote that the name Jakub might be popular in part due to its meaning: in Hebrew, it means both the “second-born” and “the one holding the heel” (in Hebrew, its roots come form the verb, to follow, or to be behind) and according to the mythology, Jacob was born holding the heel of his older twin brother Esau. In recent years, the name Jacob was also popular in the US.

It seems that also with Sofia the positive connotation of the name, meaning “wisdom”, has increased its popularity, SITA wrote. The newswire added that there were some regional differences in the popularity of first names in Slovakia: parents in the Bratislava region favoured names like Afrodita, Zeus and Herkules, indicating that ancient mythology is still popular there; in the East of Slovakia soap operas seem to have influenced parents’ name preferences (especially the Turkish Thousand and One Night), resulting in names like Onur, Sarita, Nieta, Aatanas, Soraya and Xavier.