SLOVAK citizens experienced average-quality democracy in their country during 2012. Several events over the course of the year, however, have given cause for concern. Analysts point to the non-appointment of the general prosecutor-elect to his post as a significant setback, while public opinion polls show an increasing number of people viewing the issues around excluded Roma communities to be a major problem. 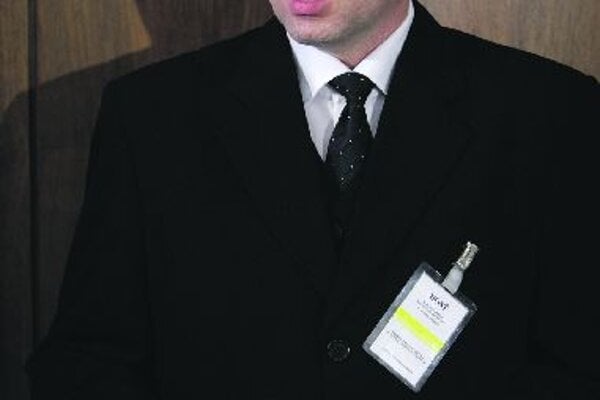 SLOVAK citizens experienced average-quality democracy in their country during 2012. Several events over the course of the year, however, have given cause for concern. Analysts point to the non-appointment of the general prosecutor-elect to his post as a significant setback, while public opinion polls show an increasing number of people viewing the issues around excluded Roma communities to be a major problem.

The overall grade for Slovakia’s democracy in the last quarter of 2012 remained the same as in the previous three quarters, standing at 2.8, according to the IVO Barometer project conducted by the non-governmental Institute for Public Affairs (IVO), the results of which were presented on January 22. In a year-on-year comparison this represents a decrease in the quality of democracy by 0.2 points from a 2.6 average in 2011.

Potential marks in the survey ranged from 1 to 5, with 1 representing the optimal state of democracy based on standards and comparative criteria in other EU and Council of Europe states.

The IVO Barometer evaluates four areas of democracy: democratic institutions and a lawful state (giving Slovakia a grade of 2.75 in the fourth quarter); legislation (a grade of 2.5); respect for and protection of human and minority rights (a grade of 3.0); and media freedom and the quality of public-service media (a grade of 3.0).

A partial grade change was given in the category of democratic institutions and a lawful state, which worsened from the previous quarter’s 2.5 grade by 0.25 points. One of the serious violations of the rules of parliamentary democracy mentioned by IVO analysts in the Barometer evaluation was the practice of the ruling majority not allowing special parliamentary sessions proposed by the opposition to be held. The analysts called this the “tyranny of the majority”.

Most concerns, however, pertain to the situation in the justice system, most notably the issue around the president’s refusal to appoint the general prosecutor-elect Jozef Čentéš to his post.

“The decision of President Ivan Gašparovič not to appoint the candidate elected in a legitimate and legally indubitable way was one of the most serious negative interferences in the functioning of the system of constitutional institutions of the state since 1998,” the analysts wrote in the Barometer report.

Public cites unemployment as a problem

In 2012 the IVO Barometer report also included the results of public opinion research conducted by IVO analysts in cooperation with the Focus agency. In November 2012 the majority of Slovak citizens, 63 percent, believed that Slovak society is headed in the wrong direction, compared with 28 percent who believe the opposite. Although this shows most Slovaks are rather pessimistic about the future of their country, it is a slight improvement since December 2011, when 74 percent of respondents viewed Slovak society’s direction negatively, and 21 percent were convinced to the contrary.

On the other hand, the public appears to be paying more attention to the issue of Roma communities, with 17 percent listing it as one of the nation’s major problems in November, compared with a mere 6 percent in January.

The state of law enforcement and the judiciary, although pinpointed by experts as one of the major issues that Slovak society needs to confront, seems to receive only marginal attention from the public. While at the years’ beginning only 4 percent of respondents mentioned it as problematic, the number changed little in November when 7 percent cited it as a major issue.