Smer rejects its own candidate for ÚPN job

THOUGH the opposition parties had nominated their own candidate for the top post at the Nation’s Memory Institute (ÚPN), which among other things administers the files of the communist-era ŠtB secret police, they did not object to Juraj Kalina, whom the ruling Smer party picked as its candidate in mid January. One political scientist even commented that Kalina was one of the best nominations Smer had ever come up with for a public post. But then, at the last minute, Smer dropped Kalina, who currently works for the Czech Institute for the Study of Totalitarian Regimes, as its official candidate, with Prime Minister Robert Fico’s spokesman Erik Tomáš telling the Sme daily simply that “new information emerged that Juraj Kalina had concealed [something] and this, according to most deputies, disqualifies him”. 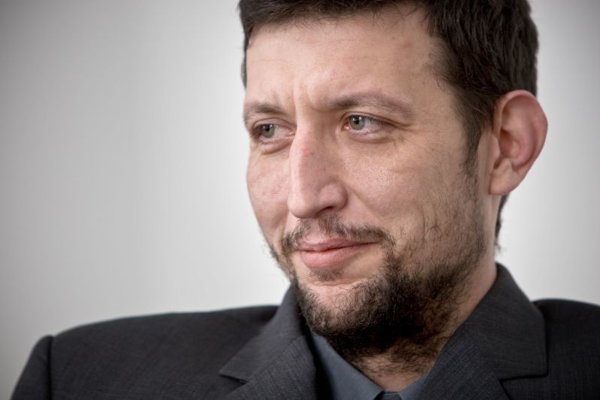 THOUGH the opposition parties had nominated their own candidate for the top post at the Nation’s Memory Institute (ÚPN), which among other things administers the files of the communist-era ŠtB secret police, they did not object to Juraj Kalina, whom the ruling Smer party picked as its candidate in mid January. One political scientist even commented that Kalina was one of the best nominations Smer had ever come up with for a public post. But then, at the last minute, Smer dropped Kalina, who currently works for the Czech Institute for the Study of Totalitarian Regimes, as its official candidate, with Prime Minister Robert Fico’s spokesman Erik Tomáš telling the Sme daily simply that “new information emerged that Juraj Kalina had concealed [something] and this, according to most deputies, disqualifies him”.

According to unnamed Smer sources quoted in the Slovak media, critical comments that Kalina made regarding a controversial statue of Svätopluk, a ninth-century regional leader, erected in the main courtyard of Bratislava Castle in 2010, and about Jozef Tiso, the Roman Catholic priest who led the wartime Slovak State, a puppet of Nazi Germany, hit a raw nerve in the party’s nationalist-oriented wing.

“I won’t make any comments on this,” Kalina said in response to the termination of his candidacy, as quoted by the TASR newswire.

President of the Žilina Self-Governing Region Juraj Blanár, who is also a Smer MP, and Culture Minister Marek Maďarič reportedly objected to Kalina at a January 28 meeting of Smer MPs at which Kalina’s nomination was discussed, though he was said to have received the backing of Education Minister Dušan Čaplovič.

However, none of these people would later comment on the internal party debate about the ÚPN nomination, according to Sme.

Fico, who is the chairman of Smer, also attended the January 28 meeting, and proposed that Kalina be dropped in order to avoid further conflict, Sme reported.

“It is a paradox that the political party which had considered supporting Kalina finally withdrew his nomination,” Grigorij Mesežnikov, president of the Institute for Public Affairs (IVO), told The Slovak Spectator, adding that Kalina was “perhaps one of the best nominations of Smer to a public institution”.

Kalina’s withdrawal did not result in the election of the opposition’s nominee, former Christian Democratic Movement (KDH) MP František Mikloško, despite him being the only remaining candidate. Mikloško attracted the support of only 63 of the 141 deputies present in parliament on January 29, and later said he was withdrawing his candidacy.

As a result, the term of Ivan Petranský, the current head of the ÚPN, who was nominated by the now extra-parliamentary Slovak National Party (SNS) during the first Fico government, expired on January 31 without any replacement being chosen.

“There were two good candidates lined up; it is unfortunate that neither Kalina nor Mikloško received sufficient support,” said Mesežnikov.

Kalina’s withdrawal came as a surprise since on January 23, Jana Laššáková of Smer told public broadcaster Slovak Radio (SRo) that “no deputy had objections” and that there was an accord within the deputy faction of Smer over the nomination. Even the opposition parties had listed no objections to Kalina himself, with Christian Democratic Movement (KDH) MP Pavol Hrušovský saying that the KDH merely believed Mikloško was a better candidate.

When Jaroslav Franek, spokesman of the Central Union of Jewish Religious Communities, was asked to comment on the nominations of Kalina and Mikloško earlier in January for SRo he said that Mikloško had a reputation as an honest man with a readable and time-tested attitude towards communism. As far as Kalina was concerned, Franek said that he knew the situation inside the ÚPN and was not burdened by prejudices of the kind Petranský and his circle had had.

On January 23, Sme published an interview with Kalina in which he was asked about his take on Tiso, under whose wartime presidency at least 70,000 Slovak Jews were sent to Nazi death camps, with the government even paying Nazi Germany for the costs of deportation. In response to a question about whether he had any respect for Tiso, Kalina responded “quite the contrary”.

Petranský in the past has told the media that he respects Tiso in certain ways and that he thought the leader of the wartime state should not be blamed for certain things.

The Sme reporter also noted that Petranský had previously attended a commemoration of the anniversary of the establishment of the Slovak State and asked Kalina whether he would attend a similar function. His response was “certainly not”.

Kalina also commented on the installation of the sculpture of Svätopluk at Bratislava Castle. This was criticised by historians and artists for its historical inaccuracy and for mythologising history. Kalina hinted at the fact that extremists have since used the site as a place to gather, suggesting that “it is not only Slovakia’s problem but also of other countries that similar symbols are abused by extremists as pilgrimage places. I myself fear extremism; it evokes fear. With Svätopluk I personally do not have a problem and I do not view him alone as a controversial figure”, according to Sme.

In the interview Kalina also confirms that he joined a virtual group on Facebook calling for the removal of the sculpture from the castle due to its abuse by extremists.

“I was surprised by his attitude towards the sculpture of Svätopluk,” Smer deputy Dušan Jarjabek later told Sme, adding that if one does not understand the historical essence of such a sculpture one cannot lead the ÚPN. “Even myself, I contributed with a not-small sum to have it erected.”

Another ruling party MP, Jaroslav Baška, admitted to Sme that some Smer MPs did mind what he called Kalina’s comments about the wartime president, explaining that “what colleagues said, who are bigger experts in this, that some of his opinions did not correspond with history”.

The way Smer has handled Kalina’s nomination suggests that “there are strong nationalist groups” along with people “who make no secret of this orientation”, political scientist Miroslav Kusý told The Slovak Spectator.

“Nationalist tendencies in the leadership of Smer do surface on certain occasions, and this was a clear example of these attitudes,” Kusý said.

The fact that Smer has withdrawn its own candidate is a telling fact about the party itself, Mesežnikov told The Slovak Spectator: “This party does not have clarified positions on decisive issues, which to a large degree define the character of the state. I have in mind assessing the past and political regimes.”

According to Mesežnikov, Smer, which declares itself to be a social-democratic party, has not passed this test. Some of the objections voiced by the party, including the claim that Kalina underestimates the national dimension, are not in line with the declared social-democratic character of Smer.

The board of directors of the ÚPN failed, at a session held on January 30, to elect a deputy chair after two of its members, Slavomír Michálek, director of the Historical Institute of the Slovak Academy of Science, and Igor Baka, of the Military Historical Institute, refused to vote and left the meeting, ÚPN spokesman Ján Pálffy wrote in an official statement published by the SITA newswire.

Michálek said that he refused to elect a deputy chairman of the board under pressure and that “moreover no list of candidates who would have presented their concepts about future operations was submitted”. Another member of the ÚPN board, August Lang, was authorised to act on behalf of the ÚPN until a new chairman is elected, Pálffy told SITA.

Parliament made its first attempt to elect a new ÚPN head in November 2012, when Mikloško, running with the support of the KDH, Most-Híd, the Slovak Democratic and Christian Union (SDKÚ) and Ordinary People and Independent Personalities (OĽaNO), gained 63 votes of the 144 MPs present, too few to secure his election. The fifth opposition party, Freedom and Solidarity (SaS), supported former ÚPN spokesman Michal Dzurjanina, but in the end he received just a single vote. Smer did not at the time back any candidate. Without the support of at least some Smer MPs, no candidate can be elected to the post, SITA wrote.

Mesežnikov said it is now clear that Smer will not allow the election of a candidate which does not have the party’s support.

“František Mikloško in my opinion met all the conditions to become the boss of this institution very well,” said Mesežnikov. “Smer has shown that for them partisan considerations are more important, thus in my opinion they will now be searching for a candidate who meets their expectations to a greater degree”.

Kusý agreed that Smer now will try to find a candidate who matches the party’s expectations and criteria.

“It now appears that they will be more careful in questioning the candidate before nominating him,” Kusý told The Slovak Spectator. “He has to be free of conflicting attitudes and respond to issues that are sensitive to Smer in a way that suits the party.”