The challenges of registered food products

THE FOOD market has not escaped globalisation, so making food products which cannot be found anywhere else in the world is one way to distinguish yourself from the competition. One way to do this is to apply for and obtain a certificate of international recognition, such as one of the EU’s labels of registered speciality. For now, Slovakia has 14 specialities on EU lists, with the latest being inscribed as recently as August 2012. But it seems like it will be some time before Slovak shops offer more products prominently marked with such labels. 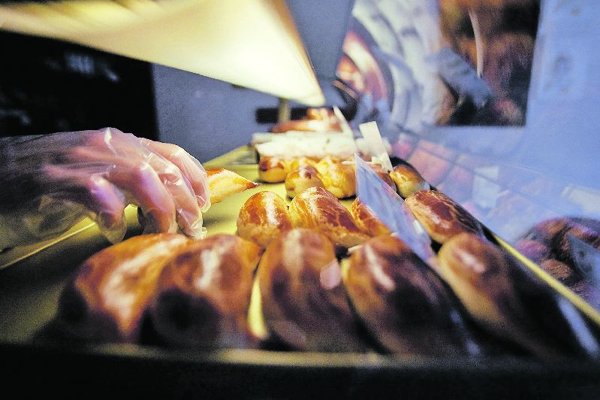 THE FOOD market has not escaped globalisation, so making food products which cannot be found anywhere else in the world is one way to distinguish yourself from the competition. One way to do this is to apply for and obtain a certificate of international recognition, such as one of the EU’s labels of registered speciality. For now, Slovakia has 14 specialities on EU lists, with the latest being inscribed as recently as August 2012. But it seems like it will be some time before Slovak shops offer more products prominently marked with such labels.

“To date, Slovakia has registered 14 food products in the EU’s registration system of Quality Policy,” Štefan Adam, state secretary at the Ministry of Agriculture, said on January 29, when the winners of a competition to find the best Bratislavský rožok, a fine, crescent-shaped pastry, were announced at a gastronomy fair in Bratislava.

This year the competition, in its seventh year, was particularly significant as it was the first one to take place since the Bratislavský rožok finally received its label as a traditional speciality guaranteed (TSG).

The approval process lasted almost five years and makes the Bratislavský rožok the seventh Slovak product to get the TSG label.

“There was no end to this,” Vojtech Szemes, the guild master of the Guild of Bakers and Pastry Chefs of Western Slovakia, who came up with the idea of having the Bratislavský rožok registered, told the Sme daily when the pastry finally got its TSG title. He explained that this was because they had to agree with Hungary and Austria, which were part of the Habsburg empire along with Slovakia when the Bratislavský rožok started to be baked. They have their own varieties of the pastry, the Pressburger Kipfel and Pozsonyi kifli. Based on the Hungarian requirement the contents of the filling, which can be only made from poppyseed or walnuts, was reduced from Slovakia’s requirement of 50 percent to 40 percent, in order that the dough does not burst.

According to Vojtech Gottschall, also from the Guild of Bakers and Pastry Chefs of Western Slovakia, Bratislavský rožok is also produced outside Bratislava, for example in Komárno, Šamorín, Kráľová pri Senci, Pezinok and elsewhere.

“It is necessary to stress that aside from some small exceptions, these producers bake Bratislavský rožok according to the recipe described in the specification and observe all the requirements,” Gottschall told The Slovak Spectator. “However, in the case of TSG they do not use the label traditional speciality guaranteed. It is hard to say why.”

Gottschall assumes that a lack of knowledge about observing the conditions is mainly behind this. The guild has already held a seminar to inform producers and encourage those who follow the recipe to use the TSG label.

Eva Forrai from the Slovak Meat Processors Association also admitted to problems with usage of the label. Along with its Czech counterpart, it applied for TSG labels for Liptovská saláma, Lovecká saláma, špekáčky and Spišské párky.

According to Forrai, the volume of products labelled traditional speciality guaranteed is much lower than it was before they were registered. The association attributes this to the demanding standards for production of these products with regards to their components, which is automatically mirrored in their price. In this respect Forrai pointed to the low purchasing power of Slovak consumers, which makes them especially price sensitive.

“On the other hand the TSG registration with protection granted to the name has also brought equality between producers, since each producer has to observe the same conditions,” said Forrai.

With reference to Spišské párky and Liptovská saláma the rules mean that protection is granted to the name whenever producers anywhere in the EU want to make and sell the products under these names. They must observe the exact conditions of production, including the recipe, packaging techniques, technological procedures, etc. Providing the producer sticks to the conditions, it can use the label TSG for its product.

On the other hand Lovecká saláma and špekáčky hold a TSG without name protection. This means that producers can market products with an identical name but if they do not fulfil the requirements set out in the related directives, they cannot use the TSG label.

There are three European Union schemes of geographical indication and traditional speciality known as protected designation of origin (PDO), protected geographical indication (PGI), and traditional speciality guaranteed (TSG). The aim of the scheme is to promote and protect the names of quality agricultural products and foodstuffs. Slovakia has so far registered products only in the TSG and PGI categories.