MORE than 80,000 people have taken advantage of the latest window by which they could exit the second, private pillar of the retirement pension saving scheme. While this number negatively surprised pension fund management companies, the Labour Ministry claims that the opening of the pillar was not about numbers but about giving people the chance to leave the second pillar after the most radical change to Slovakia’s pension scheme since it was launched about 10 years ago. 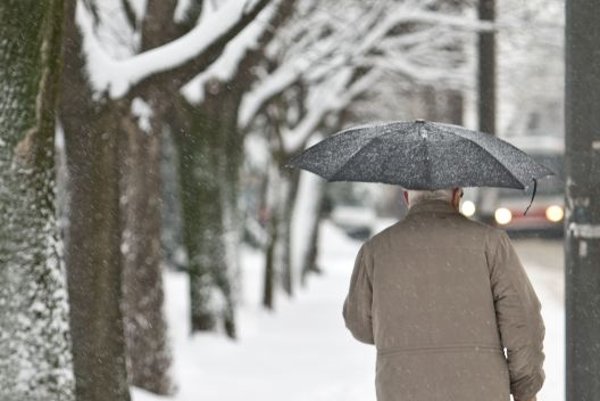 MORE than 80,000 people have taken advantage of the latest window by which they could exit the second, private pillar of the retirement pension saving scheme. While this number negatively surprised pension fund management companies, the Labour Ministry claims that the opening of the pillar was not about numbers but about giving people the chance to leave the second pillar after the most radical change to Slovakia’s pension scheme since it was launched about 10 years ago.

The departures exceeded the original predictions of the government. Economic analysts, meanwhile, have decried the absence of a more extensive discussion about the pension scheme in general.

“We are surprised that people who have enough money saved, and even a still sufficiently long time until their retirement age, left,” said Stanislav Žofčák, the chairman of the Association of Pension Funds Management Companies, when commenting on the departures for public-service broadcaster RTVS after the pillar closed.

Viktor Kouřil, director-general of the VÚB Generali pension fund management company, said he considers the number of departees to be high.

“With regards to the fact that this was already the third opening [of the second pillar], this is a relatively high figure,” Kouřil told The Slovak Spectator. “But about 1.4 million savers stayed and continue to save for their pensions.”

Radovan Ďurana from the INESS economic think tank sees the reduction of employee contributions to second-pillar savings from 9 to 4 percent of salaries as a more important factor affecting the second pillar than the departure of 80,000 pension contributors.

The social security provider Sociálna Poisťovňa estimates that more than 83,000 people left and 11,000 new contributors entered the second pillar during the five months up to January 31, public broadcaster RTVS reported. The insurer registered increased interest in leaving the pillar during the final days before its closing, when 7,000-10,000 people were exiting it on a daily basis. It will reveal the exact numbers and the structure of the exits later. Sociálna Poisťovňa will demand that pension fund management companies return hundreds of millions of euros for those exiting. The state included in its 2013 budget an inflow of €229 million from the second pillar, estimating that 60,000 savers would leave the second pillar and 10,000 enter it.

“Our goal was not to achieve the departure of people from the second pillar,” Michal Stuška, the spokesperson of the Labour Ministry, said, as quoted by the TASR newswire on February 1. “We allowed this option in order [to give people] the chance to decide whether, in spite of the changes, they are interested in remaining in the second pillar.”

“It is possible to understand that 45 percent of them were aged 46 or older,” said Kouřil. “But I do not understand the departure of the younger people with more than 20 years of saving ahead of them and who will be fully hit by the demographic crisis.”

The demographic crisis refers to the anticipated strain on the pension system due to the increase of people retiring and receiving pensions.

Kouřil also regards those with savings exceeding €4,000 as relatively high, making up 30 percent. In the case of income groups, about 10 percent of the departures accounted for contributors with monthly wages of €800 or more. For him the age structure is a bigger surprise.

Kouřil views the second letter from Sociálna Poisťovňa, in particular, which he regards as unfair and misleading, as having pushed people into leaving the pillar. He also strongly disagrees with the statement of Labour Minister Ján Richter, claiming that the second pillar would not pay off for almost 1 million Slovaks.

“The second pillar is suitable for every young person,” said Kouřil, adding that he is convinced that it should be mandatory. “In the end it will help not only the saver but especially Sociálna Poisťovňa, i.e. the state, in the way of significantly reducing pension costs.”

Ďurana from INESS said there was no extensive public discussion about the essence of retirement security.

“A lot of the information provided by the relevant institutions was, if not misleading, then incomplete,” Ďurana told The Slovak Spectator, adding that, for example, nowhere was it mentioned that the revision to the related legislation reduced the entitlement of those with higher incomes to pensions from the first pillar by over 20 percent.

He also criticised comparing the advantages and disadvantages of the first and second pillars.
“In this case the incomparable is being compared,” said Ďurana. “In general, savers should not rely on two pillars, but should also plan for their old age with their own savings or investments. This is because both pillars are subject to huge political risks and regulations, which increases the risk of today’s promises to future pensioners not being fulfilled. The first pillar, in spite of the reform, is highly deficient, while the demographic crisis is not in full swing yet.”

Why the pillar opened

Contributors to the second pillar had the opportunity to return to the pay-as-you-go state-funded pension system, managed by Sociálna Poisťovňa, or enter the second pillar from September 2012 until January 31. This opening of the second pillar was a response to the most drastic change to Slovakia’s pension scheme since it was launched nearly 10 years ago. The most important change was a dramatic reduction in the amount that contributors pay into the second, private pension-saving pillar.

At that time Prime Minister Robert Fico described the second pillar as “uninteresting and disadvantageous” for people with gross monthly incomes of less than €1,000, a category that encompasses more than 80 percent of Slovaks. Fico further stated that the pension system is financially unsustainable in its current form, and argued that the second pillar will not be able to provide sufficient income, and was devaluing people’s savings.

The adopted revision cut employee contributions to second-pillar savings from 9 to 4 percent of salaries. This means that the ratio by which contributions are allocated to the social security provider Sociálna Poisťovňa and to funds managed by private pension savings companies changed from the 9:9 percent of salaries to 14:4 percent in benefit of the social insurer as of September 1, 2012. This ratio will change gradually to 12:6 by 2024.

The revised law permits those in the second pillar to contribute additional funds from their net income, and these could be deducted from a taxpayer’s tax base before income tax is calculated.
Kouřil said this is a good idea but that it is necessary to wait about a year to see how many savers use this option and then thoroughly evaluate it.

This was the third time since 2008 that a Fico government has opened the second pillar. The first Fico government opened the pillar for the first time in January 2008 for six months. At that time over 100,000 people left the pillar and about 23,000 entered it. The pillar opened for the second time later that same year, in mid November. It remained open until the end of June 2009. During this period about 66,000 people left the pillar and almost 15,000 entered it. In both cases the government expected more departures.

Pension fund management companies have complained about too-frequent changes to the pension scheme. They are calling for more stability and the adoption of a constitutional law to secure it.

The Labour Ministry has already prepared a law with six basic parameters related to the first and second pension pillars. According to Stuška, the government would like to agree upon the wording of the law with the opposition. The draft bill is on the agenda of the ongoing parlia