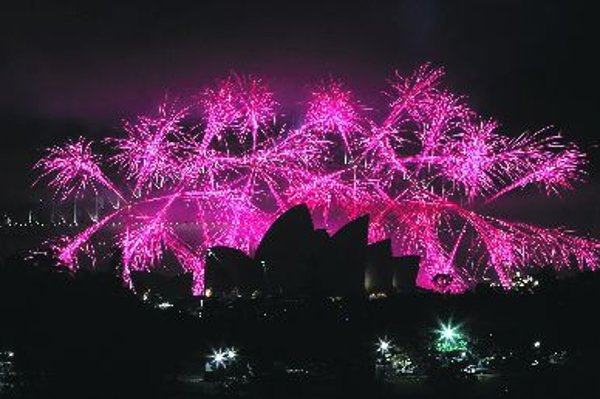 AUSTRALIA was founded as a country of immigrants. At the very beginning it served as British penal colony, but over the years it has gradually transformed into a country where people come under a variety of circumstances, often to experience something new or to start a new life. The fact that the inhabitants living in various parts of this country come from all over the world has made multiculturalism a dominant feature of Australia, something which was highlighted recently by several Slovaks who relocated to the country. Yet, the fact remains that many immigrants continue to embrace their roots and do not forget where they came from.

“One of the most enlightening lessons I’ve learned through our escape, our migration, and from living for a long time in [the] diverse and multicultural land that is Australia, is: know and respect your roots, express joy and celebrate your nationality, your culture; however, respect other cultures equally,” Geza Paukovics, who calls himself a Hungarian-Slovak and who came to the country in 1982 with his parents and sister, told The Slovak Spectator.

He stressed that Australians have for the most part achieved a harmonious multicultural co-existence, since everybody learns about “each others’ traditions and embraces each others’ rich cultures”. There are also anti racial and religious vilification laws that support harmony and equality, Paukovics said.

“It is very enlightening. I’ve never been an outspoken patriot or a nationalist zealot. I am of Hungarian nationality, Slovak-Australian citizenship, but also a global citizen, enriched as a person by all three and many other cultures,” Paukovics added.

At the moment about 12,000 Slovaks live in Australia. The biggest communities are in Brisbane, Hobart, Melbourne, Perth, Adelaide and Sydney, reads the website of the Slovak Embassy to Australia.

Slovaks migrated to the country in several waves. By the end of the Second World War many of them came for economic and social reasons and, after the war ended, for political reasons. Approximately 1,200 people came in 1968 when the armies of the Warsaw Pact entered Czechoslovakia. By 1989 another 1,800 had migrated to the country. After the establishment of the Slovak Republic in 1993 about 800 people came to the country to work and study, according to the Slovak Embassy to Australia website.

Integration is a long process

While for some people integration in Australia can be a difficult process, the other integrate quite quickly. For example, 61-year-old Marta Kapustová, who came to Australia in 1983 with her husband Vladimír as refugees, says that it took her fewyears to become fully integrated into society.

“I have never felt pressure to fit in and for me it was a natural process that came with time,” Kapustová told The Slovak Spectator, adding that the birth of her children made it easier for her.

She currently lives in Melbourne, Victoria, where she leads the Australian Slovaks’ Association.

Paukovics, 42, who now works as a manager of the Alfred Medical Research Education Precinct (AMREP) Flow Cytometry Department at the Burnet Institute in Melbourne, where he has been living since he moved to the country, says that one of the most difficult aspects of his family’s departure from Slovakia was “the uprooting of the family unit”.

“The sense that we were standing alone, only had each other, the four of us against the odds, was very daunting,” he said, adding that he was very close to his grandparents, cousins as well as school friends. “We left them behind without warning and we didn’t know when exactly we could see them again.”

Paukovics adds that he integrated quite quickly, particularly when it came to learning the language, possibly because he came as a child. Though he was speaking English fluently within 10 months, he confessed that he had some problems with spelling and aspects of English grammar.

“The assimilation after 30 years here is still an ongoing process,” he said, adding that “every day I learn more; to enhance my Australian, worldly and general knowledge”.

Among the younger generation that came mainly for work are Petronela Kizeková and her husband Martin, who relocated to Sydney in 2008, when both of them were 26. She says that they chose Australia mostly because “they wanted to experience this corner of the world”.
“We originally came for two years [under] employment contracts, but we have extended them a few times and are still here,” Kizeková told The Slovak Spectator.

One of the challenges they had to face after arriving in the country was to get used to the “Aussie accent”. Moreover, they have been missing their family and friends, Kizeková said, adding that living such “a long distance from home has been a challenge for anybody that would want to visit us or for us to go home more often”.

The reasons for 47-year-old Stefan Auer, who currently works as an associate professor in history and politics at La Trobe University in Melbourne and is a Jean Monnet Chair in EU Interdisciplinary Studies, and who moved to Australia in 1995, were slightly different. His wife, Alex, whom he met during his studies in Germany, is Australian.

“I suspect it is always easier to migrate to a country as a prospective spouse,” Auer said, adding that “it also eases the adjustment a lot”.

There is also the private Vladimír Hattala agency in Canberra, which organises various cultural events to which it invites Slovak artists.

Kapustová, who leads the Australian Slovaks’ Association in Victoria, says that they organise several events during the year, including Slovak picnics with soccer matches, dinner dances with Slovak food, as well as trips to Victoria. The association also participates in multicultural festivals and attends New Year’s celebrations at the Slovak Embassy in Canberra.

Moreover, last year, with the support of the Office for Slovaks Living Abroad (ÚSŽZ), they started a Slovak Little School in Melbourne, Kapustová told The Slovak Spectator.

Slovaks in Australia have their own media, too. For example, the Association of Australian Slovaks Queensland publishes the bi-monthly Vatra (Bonfire). There are also several radio broadcasts in Slovak: on Radio 4EB, 3EA and SBS – national, according to the Slovak Embassy to Australia website.

The ties to their homeland and frequency with which they attend events organised by other Slovaks living in Australia differ. Kizeková, for example, says that they, together with other Slovaks, often attend Slovak and Czech events and festivals, and that even singers and other performers from home who sometimes come to Australia.

“Although it is often more suitable for a different generation, we like to attend to feel a bit of home and catch up with other Slovaks,” she said.

Auer, on the other hand, says he is not much in contact with the Slovak community in Australia, even though he has produced a couple of Slovak radio broadcasts for SBS.
Paukovics has minimal contact with people from his homeland as well. However, he says that he visits the Hungarian houses and community centres in Melbourne sporadically, mainly for “the fabulous food and cultural shows, such as folk dances or folk music”.

“Despite my lack of interaction with expatriate Slovaks and Hungarians, I have always respected my roots, but I also wanted to absorb as much of Australian culture as quickly as possible; to help me integrate,” he said. “I realised where I was, what I needed to do and wanted to look positively towards a bright future here in Australia.”

When talking about life in Australia and experiences with its inhabitants, Kizeková stressed that they are very welcoming to foreigners and that it is very easy to get used to the “beautiful weather, beaches and ‘no worries’ life style”.

“We have always been surrounded by various nationalities, especially as we are living in Sydney,” she added. “Many of them call themselves Australians without denying their own heritage. Australia allows you to easily integrate into the community. But we still call Slovakia home.”

Paukovics emphasised the fact that Australia is a multicultural country. Since every migrant brings his/her own culture and cuisine, Melbourne for example “now has many wonderful culinary precincts, where you can sample fabulous food from all over the world; yes, even bryndzové halušky and smoked pork hock”.

In addition to multiculturalism, he says that one of Australia’s best assets is its “vast wilderness [and] amazing and unique flora and fauna”.

“Australia also has a proud and rich indigenous history with its unique ‘dreamtime’ stories, their amazing dances and music,” Paukovics said. “These people in fact are the first true Australians and historically [are] sometimes ill-respected.”

He added that life in Australia is quite progressive and modern now, and that its major cities are dynamic cosmopolitan metropolises.

“Australians view this land as the ‘lucky country’, and rightly so,” Paukovics said. “We have stability and fairly good social cohesion, which is amazing since Australia has such cultural diversity, with over 140 nationalities and cultures living and co-existing in harmony. Traditionally a British colony with British values, I feel it has changed and matured quite a lot.”