“MY FATHER had turned his back on his homeland two decades earlier, and never saw any benefit in fostering a cultural bond for his children,” Rick Zedník writes in his recently published book, which begins and ends with his contemplating his Slovak citizenship, granted only a couple of years ago. So how did a boy who grew up in a family for whom nostalgia for the lost homeland of his father was hardly in fashion travel so far as to become a Slovak citizen? 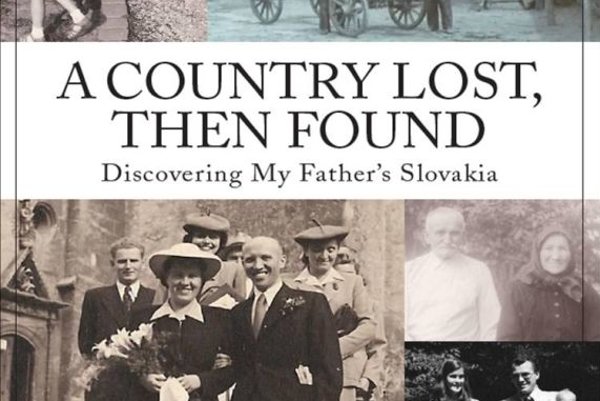 “MY FATHER had turned his back on his homeland two decades earlier, and never saw any benefit in fostering a cultural bond for his children,” Rick Zedník writes in his recently published book, which begins and ends with his contemplating his Slovak citizenship, granted only a couple of years ago. So how did a boy who grew up in a family for whom nostalgia for the lost homeland of his father was hardly in fashion travel so far as to become a Slovak citizen?

Zedník’s ‘A Country Lost, Then Found’, answers that question. It is an account of his life story since his early twenties, when his own personal ties to Slovakia – not those inherited from his ancestors – started developing, a process which coincides with the development of the country itself as an independent state after 1993.

It is much more than that, however. It is, first of all, a family memoir. But the events in the life of Rick Zedník and his family provide him with the perfect chance to match them with a mini-excursion into the history of Slovakia: the Prague Spring and the subsequent Warsaw Pact invasion are the events that prompted Zedník’s father to emigrate and subsequently lose his Czechoslovak citizenship; two decades later college freshman Rick was among the crowds that welcomed Czechoslovakia’s first post-1989 president, Václav Havel, to Bratislava.

The story of the Zedník family is unique, though many middle-aged Americans or Canadians of Czech and Slovak descent could surely tell a similar story of their own. But it is Zedník who has actually done so, and he has made a good job of recording his family’s story alongside the history of the country. The history is sometimes oversimplified, but its charm is that it is told from the perspective of daily life. That said, Zedník spikes his text with footnotes, some of which interrupt more than they inform (perhaps readers wanting to know more about Prague Spring, for instance, can search for it online without needing to be given the Wikipedia URL?).

In 1994, a young Rick comes to post-communist Slovakia at roughly the same age that his father was when he left the country. The question he often faces from his friends back in the US – but also from other expats he meets in Bratislava – is: Why Slovakia?

“Of all places, I chose Slovakia because of my grandparents,” Zedník admits in the book. Babka and Dedko are central to his story: they are your typical post-1989 pensioners, who had strived practically their whole productive lives under communism, living in a communist pre-fab block of flats in Bratislava’s outskirts. Their home is Zedník’s first home in Slovakia too. Babka cooks traditional Slovak food and tells family stories.

Indeed, Zedník’s relationship with his grandparents makes the memoir special. It is through it that he conveys to the reader what reconnecting with his Slovak roots really means to him. If he manages to find the lost country, then it is thanks to Babka and Dedko, who provided the map and the compass for his journey.

Being a witness to the post-1989 turmoil, and the break-up of Czechoslovakia in 1993 inspires Zedník in his professional life too. He moves to Slovakia as a journalist, and unlike foreigners who tried to get a grip of what was happening in Slovakia in the nineties from the Slovak press and debates in Bratislava’s cafes with their peers, Zedník was blessed with a more profound understanding of the country’s politics thanks to his kitchen talks with Babka, a devoted supporter of independent Slovakia’s first prime minister, Vladimír Mečiar.

Travellers often search for books of local significance when visiting a foreign country, in order to enhance their travel experience. Rick Zedník might not be a local author but his book is certainly a good read that anyone might like to reach for when they too come to explore Slovakia.