IN AN EFFORT to support art and culture in Slovakia, a unique project has been launched in the capital. On February 8, a cultural centre called Sartre’s Flat was opened in the former YMCA building in Karpatská Street. People are invited to use it for free. 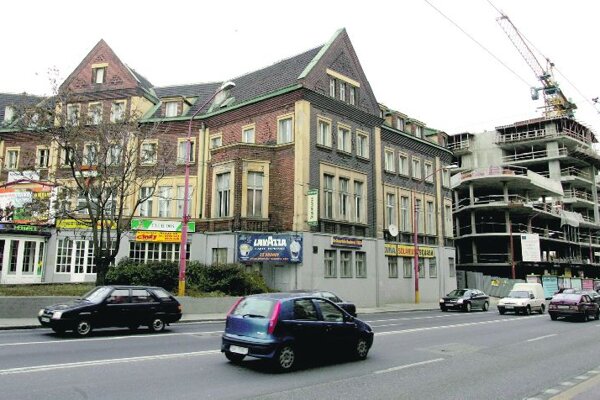 IN AN EFFORT to support art and culture in Slovakia, a unique project has been launched in the capital. On February 8, a cultural centre called Sartre’s Flat was opened in the former YMCA building in Karpatská Street. People are invited to use it for free.

Project coordinator Robert Mihály informed the SITA newswire that Bratislava visitors and inhabitants can come and develop photos in a darkroom, borrow a camera, camcorder or artistic instruments, or just sit and read a book while also meeting other people from various artistic spheres.

“The aim of the centre is to support engaged culture and independent art. Apart from this, it will also organise film screenings, debates, workshops, exhibitions, literary and other events,” Mihály said. He explained that Sartre’s Flat is part of a wider project, Verejné galérie / Public Galleries, which confronts society, through art, with fundamental cultural, socio-economic or political issues, as seen by the younger generation of post-Velvet Revolution Slovakia. This foresees young people getting the chance to present their opinions in a range of public spaces like Sartre’s Flat across central Bratislava. The goal is to refine and transform the spaces in question in order to change their character and importance.

“In the last phase of the project, a map […] will be put together of works and localities – and translated into several languages,” Mihály said. He added that they would like to start on April 1 in a specific Bratislava locality – which will be announced after agreement is reached with the city administration.

The project was born at an international festival of culture, art and politics called Transeuropa which represents a platform for innovation and experiments in both politics and culture in 14 European countries. Last year, the pedestrian underpass under the SNP Bridge was transformed temporarily into a public gallery.

The flat at Karpatská 2 is open on Mondays, Wednesdays and Fridays between 12:00 and 18:00, and at weekends between 14:00 and 20:00, according to the www.verejnegalerie.org website (in Slovak only).