Home births: neither allowed nor banned

MOST Slovaks alive today were born in a hospital. Births that occurred outside a hospital either happened by accident, or were the result of mothers who wished so strongly to deliver their babies at home that they were willing to enter a grey area where the line between what is legal and illegal is blurred. 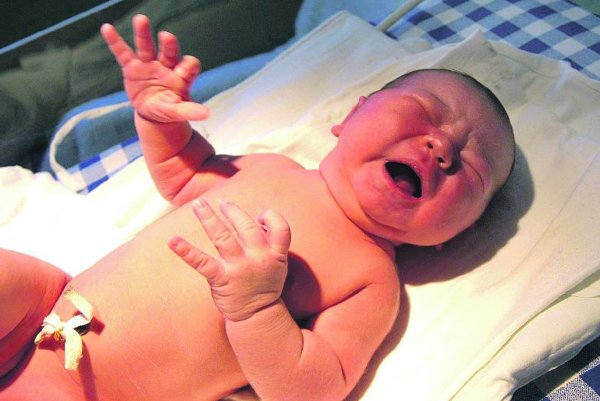 Willhomebirths catch on in Slovakia - or be banned? (Source: Sme)
Font size:A-|A+

MOST Slovaks alive today were born in a hospital. Births that occurred outside a hospital either happened by accident, or were the result of mothers who wished so strongly to deliver their babies at home that they were willing to enter a grey area where the line between what is legal and illegal is blurred.

“In European post-totalitarian countries, including Slovakia, it’s still different,” said Iveta Lazorová, the deputy president of the Slovak Chamber of Nurses and Midwives (SKSaPA), regarding the agenda of midwifery when asked to compare Slovakia to countries like the Netherlands and the UK, where home births are considered a common option. “Women here haven’t had [any] option other than giving birth in hospitals for 60 years, since the health-care system was set up that way.”

Mothers and their reasons

With the open borders of the EU, however, Slovak women no longer feel bound to adhere to the system unconditionally. Such is the case of Michaela, who lives in a central-Slovak village 30 kilometres away from the nearest hospital, and who wanted to deliver her first child at home. She felt strongly that she would not be able to cope well in an institutional environment.

“I don’t feel a home birth is something dangerous; I believe it would be much harder in a hospital,” Michaela told The Slovak Spectator.

An experienced professional midwife was present for the entire labour, and she was ready, with her bag packed, to go to the hospital in the event of any complications. However, the labour went smoothly and her child was born without any problems.

“I’m glad I didn’t have to go through all the chaos in the hospital with my baby,” Michaela said, adding that she would not want her child to be taken away from her for scheduled hospital examinations.

Michaela, however, does not insist on home birth as the only option. Giving birth in a specialised birth centre, a facility with a homely feel, unlike a hospital, but possessing all the necessary equipment and staff to deal with complicated births, while respecting the privacy and intimacy of the process, would be a good alternative, she said.

Alexandra, a mother of three, said she wanted to deliver her third child at home because, after experiencing two hospital births (the first of which wound up requiring a caesarean section), she felt like a home birth was the safest option for her.

“Home is safe because I know it, I feel all right there, and I know there wouldn’t be anyone [there] to try and take charge, or take the responsibility and decision-making away from me,” Alexandra told The Slovak Spectator.

She was definitely unhappy with her previous hospital experiences.

“They are so used to the fact that they are giving birth, not the women,” Alexandra said about the doctors who attended her labour. “It is as if our ability to give birth was totally taken away from us.”

She believes women are the ones who should decide how they want to give birth to their children.

“They should know what they want, and perhaps they should finally stand up and say it out loud,” Alexandra said. “In this country it is always men who decide about women. In other countries it might not be about the women, that they would need to fight for it. Maybe it is simply that the men have respect for the birth, for the woman that carries a child for nine months, so surely she is able to deal with the next things too.”

At the same time, Alexandra admitted that home birth is not for everyone and it might be risky “if all mothers were to choose it”.

A hole in the law

Data from the National Centre for Healthcare Information (NCZI) shows that of 55,012 births recorded in Slovakia in 2010, 170 of those occurred outside a hospital, NCZI spokesperson Peter Bubla told The Slovak Spectator. There are no special records of home births, as the records simply recognise births occurring outside hospital, which may include births in an ambulance, for example.

Slovakia’s legislation does not recognise home births either. They are neither allowed nor banned in Slovakia, and the fact is that they are growing in number, said Lazorová.

“It’s up to the free decision of a woman where she will deliver her child, be it in the hospital or in a homely environment,” Lazorová told The Slovak Spectator.

The Health Ministry, however, is stricter in its interpretation of the law.

“Giving birth is only possible in a health-care facility under the supervision of a doctor,” the Health Ministry’s spokesperson, Zuzana Čižmáriková, told The Slovak Spectator, adding that there are obviously cases when a woman is unable to make it to the hospital and delivers her child at home.

“If the mother doesn’t manage to call an ambulance and delivers at home, she must be transported to a health-care facility immediately after the birth,” Čižmáriková said.

Lazorová, on the other hand, said that the midwife who assists such unplanned home births can only recommend that the mother be transported to the hospital, but the mother cannot be forced. A gynaecologist and a paediatrician are called to examine the mother and the newborn at home in case the mother decides to stay at home.

This, however, is easier said than done, according to Alexandra, who claims that bureaucracy presented the biggest hurdle after giving birth to her child at home.

“We had some forms to fill out and submit, but there was nobody who could examine the child,” she said, adding that the paediatrician who came to see the child refused to even touch it and immediately called an ambulance. Almost 24 hours after the baby was born it still had not been examined, so in the end Alexandra and her husband decided to go to the hospital, “and go through everything we had to go through to legalise our child”.

In the hospital, she did not admit that she had actually planned to deliver her baby at home.

Inspired by countries where home births are common for non-risk pregnancies, as well as by foreign literature, an increasing number of Slovak women are becoming open to the possibility of giving birth to their children at home, too.

Despite increasing pressure from women and NGOs, however, the Health Ministry is not planning any legislative changes in this area.

“It is necessary to realise that home births can have really fatal consequences for the mother and the child,” Čižmáriková noted.

In line with this view, the Interior Ministry has recently proposed an amendment to the law on general registry that would toughen the conditions for registering a newborn. The parents would have to submit the doctor’s report on birth. If the parents refuse the postpartum check-up of the mother, the child can only be registered after the court delivers a ruling establishing paternity. This is to prevent attempts to legalise children who were kidnapped or victims of human trafficking.

Several NGOs have strongly objected to the amendment, citing a woman’s right to make decisions about her own body and the circumstances of the birth of her children.

Hospital doctors in Slovakia, however, maintain that there are higher risks connected with home birth compared to hospital births.

“From the doctor’s viewpoint, not even the argument that only women with a good health condition and a non-risk pregnancy should be allowed to give birth at home could stand,” gynaecologist Peter Brenišin told the Mama a ja magazine. “Unfortunately, nobody can estimate the labour and potential complications in advance. Even nowadays some hospital births end fatally, despite the efforts of the doctors. With home births we would probably see many more such cases.”

Medical doctor and analyst from the Health Policy Institute think tank Silvia Hnilicová also objects to home births, saying that in the Slovak environment immediate expert help might not be readily available to a mother in labour, should complications arise. Hnilicová supports the idea of maternity wards with all the comforts of a home, but with doctors, midwives and equipment always available, if needed.

“The best option is for the existing maternity wards in hospitals to get as close as possible to becoming such a place,” she told The Slovak Spectator.

On the other hand, research from the Netherlands and the UK shows there is not much difference between home births and hospital births in terms of the risk. An extensive study published in 2009, ‘Perinatal mortality and morbidity in a nationwide cohort of 529,688 low-risk planned home and hospital births’, showed that planning a home birth does not increase the risks of perinatal mortality and morbidity among low-risk women “provided the maternity care system facilitates this choice through the availability of well-trained midwives and through a good transportation and referral system”.

Home births might even be safer, according to Sally Randall, a midwife and a press officer for the Independent Midwives UK organisation, as they remove the risk of hospital-acquired infection, and allow for one-to-one support, which is “not so easy in hospitals in the UK because of midwife shortages”. Additionally, home births are the cheapest form of maternity care, Randall noted.

Staff shortages are also a concern in underfinanced Slovak hospitals.

Home birth and the related prenatal and postpartum care is particularly advanced in the Netherlands, where around about 23 percent of children were born at home between 2008 and 2010 (the number had dropped from almost 30 percent in the previous three years).

The principle idea is that “a healthy woman with a healthy pregnancy is best taken care of by a midwife”, according to the Royal Dutch Organisation of Midwives (KNOV).

“This minimises her chances of receiving an unnecessary intervention of any kind, gives her a high standard of care and is furthermore very cost-effective,” KNOV writes about home births.

Low-risk women have the choice between home birth and a birth in an outpatient clinic in the Netherlands. Every woman has a primary care midwife who attends the birth (equipped with a neonatal resuscitation set and oxygen) aided by a maternity assistant, who supports the mother during her labour, assists the midwife at birth, takes care of the mother and her baby and tidies up the delivery room. In case of complications the midwife refers to an obstetrician or paediatrician. Every hospital in the Netherlands accepts these referrals from midwives, according to KNOV. In high-risk situations, an ambulance is called to transport the woman to a hospital.

If a low-risk woman opts for an outpatient birth, she is taken care of by the same primary care midwife and assisted by an obstetric nurse employed by the hospital.

Midwives and hospital maternity departments in the UK have a duty of care and obligation to tend to women who choose home birth.