THE CONSTRUCTION sector in Slovakia has been shrinking continuously for several years now, threatening small and large firms alike with bankruptcy. They blame the decline in private orders caused by the economic crisis for the continuing decline of the sector, and are calling on the state to provide a boost through public orders. However, the outlook remains gloomy despite some government promises of help. 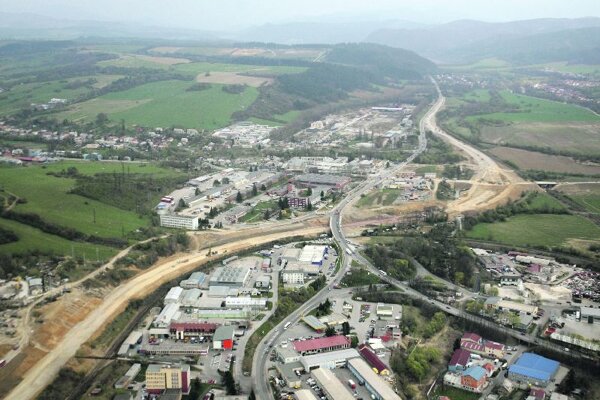 THE CONSTRUCTION sector in Slovakia has been shrinking continuously for several years now, threatening small and large firms alike with bankruptcy. They blame the decline in private orders caused by the economic crisis for the continuing decline of the sector, and are calling on the state to provide a boost through public orders. However, the outlook remains gloomy despite some government promises of help.

Zsolt Lukáč, the president of the Association of Construction Entrepreneurs of Slovakia, attributes the poor situation in the sector to a lack of orders from either state or private customers. He also points to a sharpening of competition amongst construction companies and current legislation enabling prolongation of public tenders resulting in actual work on specific projects being postponed.

“We are experiencing the worst winter since the start of the crisis,” Lukáč told the Pravda daily.
The Ministry of Transport, Construction and Regional Development sees the ongoing economic crisis as being the main cause of the desperate situation in the construction sector in Slovakia, which currently employs over 160,000 people.

The sector contracted by 12.5 percent during 2012, with final output of €4.845 billion. It was the fourth year in a row in which output had decreased year-on-year. The sector grew for the last time in 2008, when output rose 12.1 percent. Since then it has declined by over 30 percent in total, according to data from the Slovak Statistics Office.

“The situation in the Slovak construction sector is difficult,” Jiří Vacek, the director of CEEC Research, told The Slovak Spectator. “The sector has declined significantly since its peak, but a return to growth is still out of sight, as our studies based on predictions of directors of construction companies show.”

The latest survey by CEEC Research, covering the final quarter of 2012, indicated that construction companies in Slovakia were running at only 72-percent capacity, something which it said could not be maintained over a long period. It added that cutbacks and the departure of some companies from the market were expected.

Expectations for 2013 are not positive, with builders pinning their hopes on state orders.

“The sector will further decrease this year too,” Vacek said, adding that public orders might help if the state manages to grant them quickly enough. But he cited predictions by construction company directors that the sector would still not grow – even in 2014. “The basic precondition for the growth of the Slovak construction is a wide-ranging economic stabilisation, not only in Slovakia but especially abroad.”

The ministry is more optimistic. Spokesperson Martin Kóňa cited data from the Slovak Statistics Office, according to which the confidence indicator in construction grew in January compared with December by 3 points to -54 points, influenced by more optimistic evaluations in its two areas, current demand and expected employment.

The Construction Ministry wants to help the sector and boost it with orders for rental apartments.

“The intention of the ministry is to make construction of rental apartments more attractive for private businessmen,” said Kóňa, explaining that so far only municipalities have been building rental apartments, financed from the State Housing Development Fund together with a combination of subsidies from the ministry, because such apartments are primarily built for disadvantaged citizens.

This year the fund has €164 million to support such projects, 15 percent more than last year. The money will be used to support construction of rental apartments and renovation and insulati
on of buildings.

Kóňa specified that in 2013 alone the ministry wants to start construction of over 80 kilometres of highways and dual carriageways.

“The state sector cannot fill the gap left by the decline in private demand, but of course we do our utmost to moderate the impact on the construction sector through sensible orders,” said Kóňa.

According to Vacek, public orders, especially to build infrastructure, are a significant contribution for the construction sector.

“But it is necessary to enhance the business environment in Slovakia in general, the system of granting of orders and the enforceability of the law,” said Vacek.